The story of RAVE Gears in Seguin, Texas, is a short one. But the roots of the company date back almost 30 years.

The story of Rave Gears in Seguin, Texas is a short one. Built from the ground-up just one year ago, today they produce high-quality, precision CNC machining, prototyping, reverse engineering, and supply of gears and gear shafts.

But the roots of the company date back almost 30 years ago. Before they were CEO and president, respectively, Nick Patel and Bruce Roberge were developing their careers  at a gear company in Illinois.

“He (Patel) and I knew we would do something extraordinary together in the manufacturing industry,” said Roberge.  Patel was working the night shift in the heat treat department at the time and having some difficulty advancing in the company, despite his background as an engineer. He always was a person who looked behind the simple designs.

“He never lost that drive, always wanting to figure things out and design something,” Roberge recalled. Patel eventually decided to leave and start his own design on life. The duo lost contact for some time.

Then, in 2006, after thriving in the hotel business in Texas, Patel contacted Roberge with a keen idea to break into the manufacturing market. Using Patel’s connections in India, the two decided to try their hand at outsourcing gears for the American commercial market, done through the business at Roberge’s place of work as part of his job. “We did everything we could to offer American customers a better deal.,” said Roberge.

But they soon found out that this kind of endeavor was on the way out as a way of manufacturing high-volume easy gears. The talent overseas was available but was not cheap—wages in the far-east and China were on the rise. Gear producers wanted their fair share. 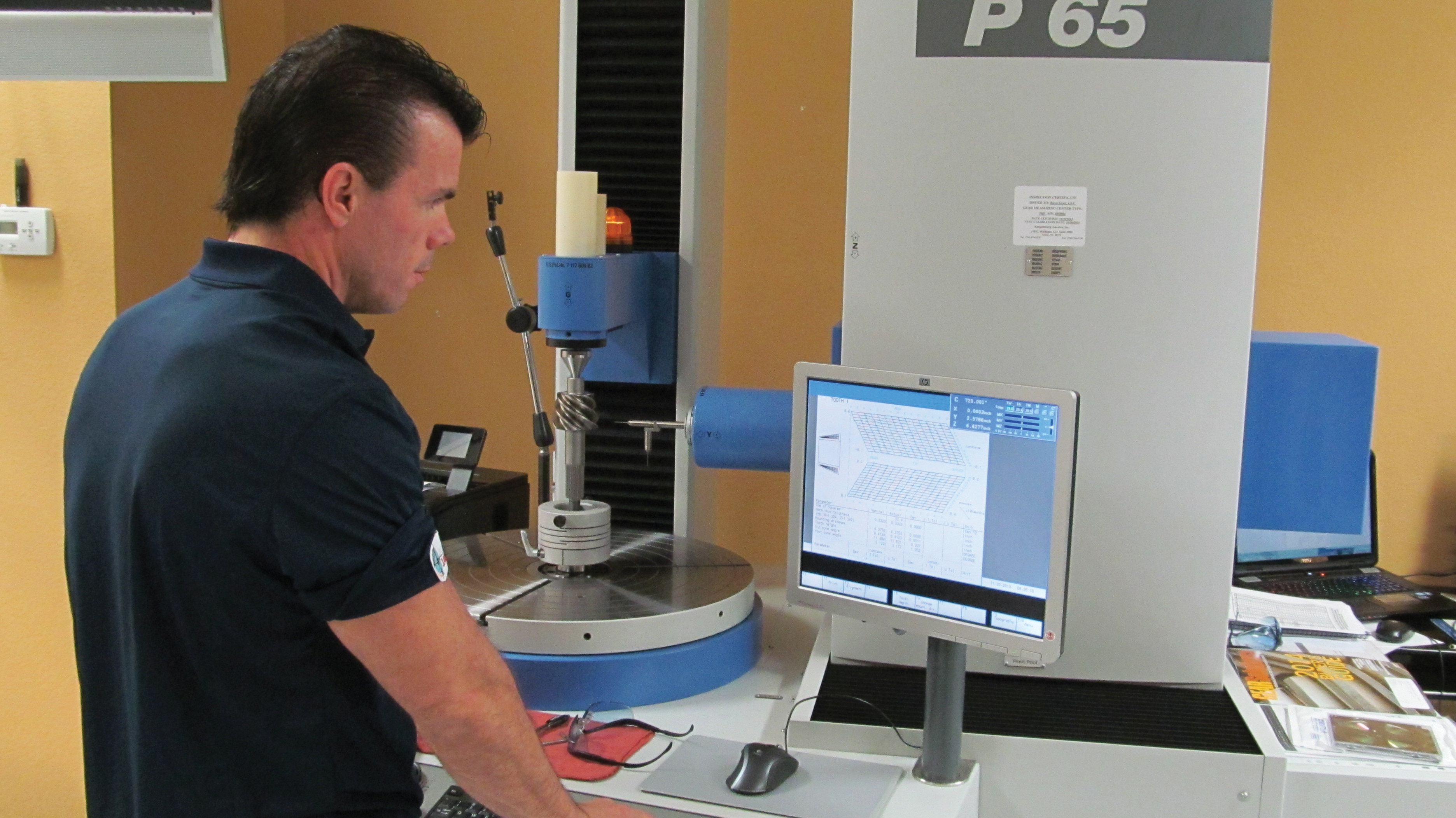 Patel and Roberge went forward with the plan and bought parts from overseas, but soon found it economically impossible sustain. “There were so many costs involved,” Roberge said. “The logistics alone—shipping costs, containers, overseas communication—made it difficult to sustain that idea. We even considered building a metrology lab to inspect gears as they came to America, to keep them up to American quality. The gear companies overseas weren’t willing to cut back on their prices, and shipping the parts back to them in the event of needed repair was not feasible.” The two men again found themselves at a crossroads. Fast forward to 2010: Patel and Roberge decide to locate a gear company in Texas. Patel’s success in Texas has afforded him contacts and believers who listened to his proposals.

“The EDC in Seguin was interested in having a high-tech company move into the area,” Roberge said. “They wanted to change the hiring base from agricultural and energy to high-tech gears and manufacturing. So we gave them a presentation and they offered us some land—10 acres in a really good spot. We didn’t want to let the surrounding countryside create our niche. We wanted to work with the big boys, the ones who can keep giving you new designs. The plan was to foster about a dozen of these ‘partners.’ That’s where we’re getting a lot of interest. We felt that the outsourcing days for the U.S. had peaked, and we felt the insourcing was just beginning. That was back in 2011, and we were right on the cusp. The timing was right.”

Their plan was to beat the competition by being the first gear company in decades to begin completely from scratch.

With new equipment came state-of-the-art everything. At this time, RAVE added some very important employees to the staff who moved to Seguin to begin their new careers.  Patel set the stage for a very aggressive bid to attain their ISO accreditation while the factory was being set up. RAVE Gears began the necessary steps before the floor was painted, while staffing and procurement was on going. The bottom line was that they achieved ISO Certification before their doors opened for business in October 2012. They immediately started their AS9100 and are currently on target to be AS9100 Certified this March.

“The kinds of machines that RAVE Gears buys hold very tight tolerances, and they’re capable of performing processes that five years ago were only in the development stage,” said Roberge. “We are not captive to antiquated machined and processes, we are believers in vacuum carburizing and gas hardening which provide excellent repetition of quality with minimal distortion.”

“This is a powerful asset to have,” Patel said, “As a person who started my manufacturing career as a heat treater, I can tell you that the heat treat phase is where your process go smoothly or get off track.”

The machines on the floor at RAVE Gears are state of the art. They’re being used specifically for the processes they are planning. Their shop is bright and clean. It should be—it’s basically brand-new.

“We put the building up in 60 days, and had machines coming in from all over the place. After a few disappointments from used machinery, we decided to face the situation and buy all new equipment. You get agreements from suppliers, you get warranties, and you get the training. With used equipment, you have to test that old adage of buyer beware.”

Despite their success, RAVE is encountering the same problems as every other gear company.

“All of the people with expertise are retiring,” Roberge said. “Who’s going to fill their shoes? It’s difficult to win people to south Texas who are settled in life and looking forward to retirement, but there are those who are looking for a challenge and wanting to use their skills.”

RAVE Gears knows that customers want trust. They want a purchase order that doesn’t have to be revisited with quantity and delivery changes. “We, as a group who comes from many different companies, have seen it all. It should be an absolute agreement, like a contract, not the starting point for new negotiations. We want the customer to feel that their needs are being seriously fulfilled.

“Everything we’re making right now is new,” Roberge said. “New engineering, new designs, new sketches, on new machines with new people. Sometimes things go wrong, but we can’t afford to do things wrong more than once. We’re in the business of finding the root cause of wrong and getting it fixed.”