What started with a purchase of a small general machining company in 1989, Raycar Gear & Machine Co. has since become a successful full-service manufacturer of precision gears and a driving force in the industry.

When owner Dan Schwartz purchased the machining company known at that time as Raycar Tool & Machine 26 years ago, he was immediately faced with challenges — a couple of antiquated machines, a small 2,500-square-foot building, and few customers. To increase his customer base, he decided to specialize in more than machined parts. With his past gear knowledge, he saw an opportunity to focus mostly on gears. This necessary decision and a name change to Raycar Gear & Machine is how the company ventured into the gear manufacturing industry, and the beginning of a successful gear business followed.

Raycar began with an old manual hobbing machine, old manual Fellows gear shapers, and Modul hobbing machines, making gears for printing presses. However, achieving quality gears became difficult with older manual equipment, and the printing press industry was weakening. So, in the mid 1990s, the company purchased a used CNC gear grinder and started making AGMA 12 gears, which opened up a lot more avenues for Raycar and more business. Next, Raycar set its sights on newer CNC hobbing machines and newer CNC gear shapers, plus two more brand-new CNC Hofler gear grinders, which increased size capacity and greatly increased productivity. These purchases allowed Raycar to attract the attention of Fortune 500 companies, but in order to do high-quality gears for the industry, the company needed certification, so it acquired its ISO 9001:2008. Within the last five years, Raycar has become experienced in prototyping for the automotive, mining, and agricultural industries. 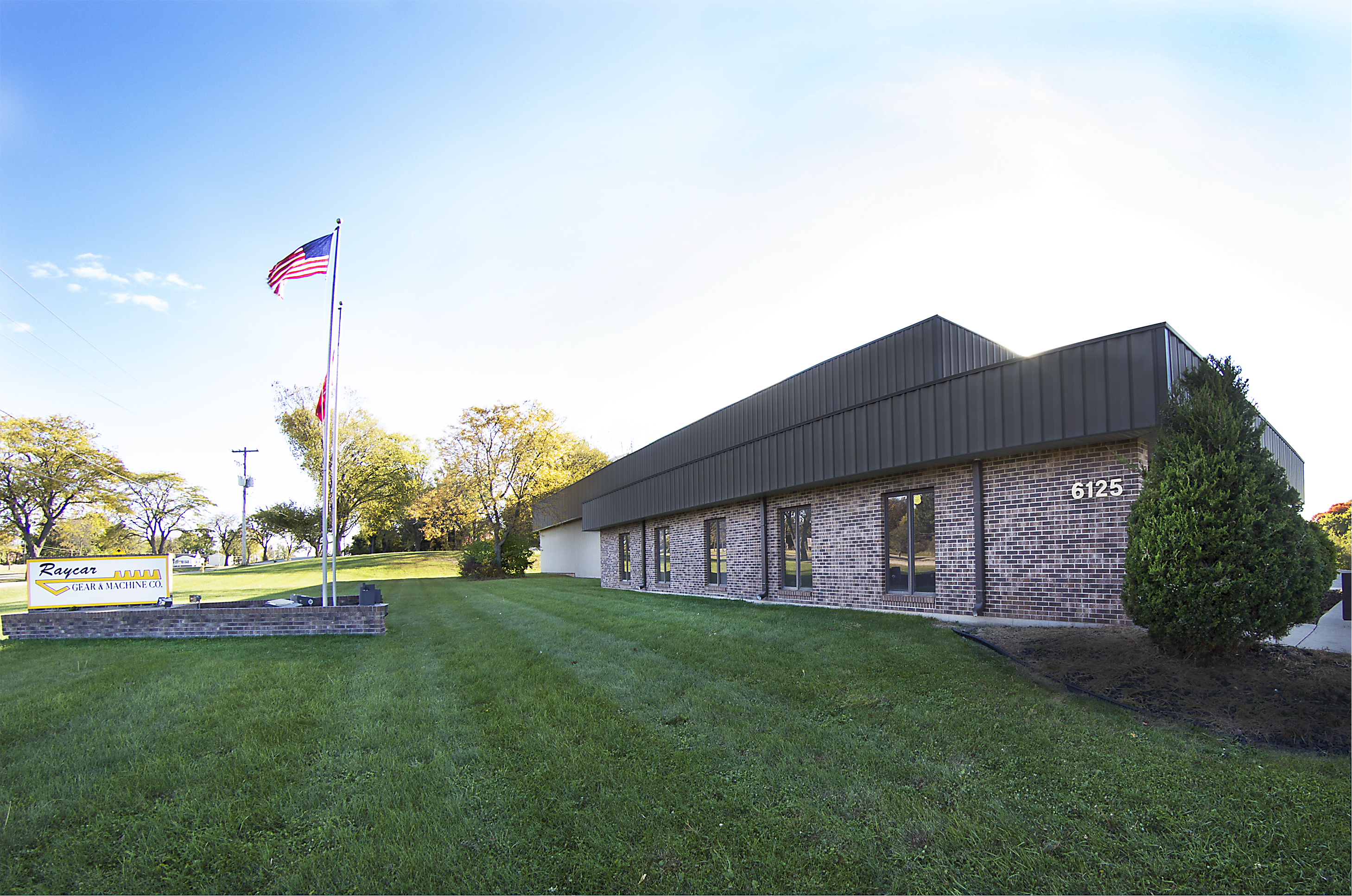 With continuous additions of new machines and updated equipment, Raycar has steadily outgrown its smaller facilities several times throughout its history. Its latest move came in 2013, when the company relocated to a facility in Rockford, Illinois, with over 30,000 square feet of manufacturing space. This enabled the company to keep all manufacturing in one building and to better control its quality.

Raycar’s inspection services are state-of-the-art including two analytical gear inspection machines that check lead, profile, and pitch diameter runout on gears.  Gear charts are considered a standard process for all the gears it manufactures.  Raycar’s newest addition to its checking ability is a video comparator machine, taking out the possibility of human error.

According to Pat Alexander, Raycar’s operations manager, the company strives on its quality of work and the skill set of its roughly 25 employees. What sets it apart is its ability to offer a complete service, from start to finish.

“A company could come to us to do their five-piece prototype, and then when they need some run off, we could go into their 1,000-piece runoff; we can take that and go straight into lower production 15,000-20,000 EAU parts,” Alexander said. “Raycar is unique in that aspect. We can go straight from the development stages working with engineers and getting these parts dialed in and machinable.” 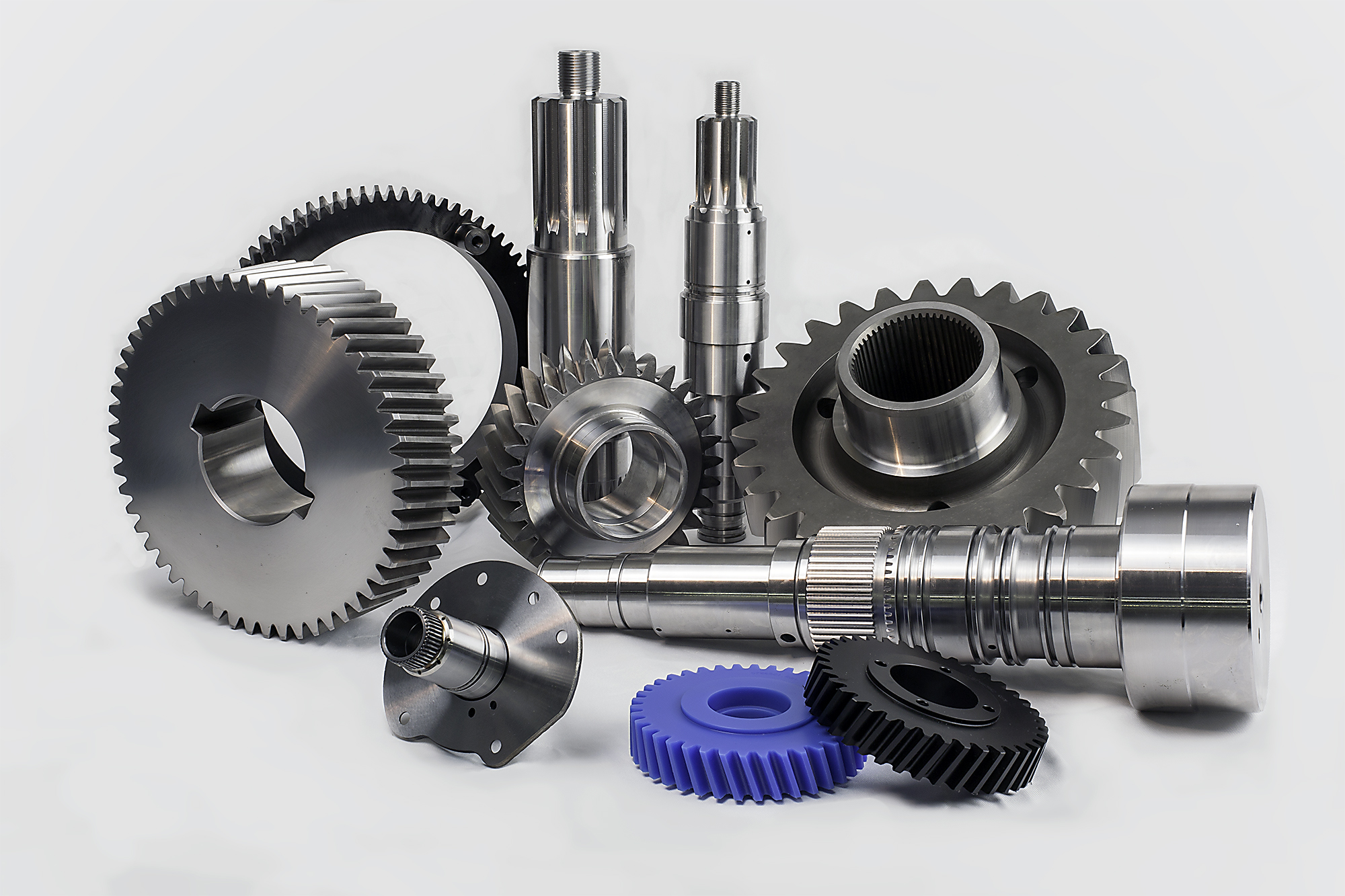 Raycar prides itself on making high-quality complicated parts with a quick turnaround and works with the engineers that have developed these parts to make them more cost effective to machine. When there are practicality issues, the company works with them directly, trying to prevent issues with the parts right from the beginning.
One example of Raycar’s successful customer relationships is with a project for a tractor manufacturing company.

“We started the prototyping, helped with the development, and made the majority of the components for the gearboxes, but the production volumes were way over Raycar’s capability, at approximately four times what we like to see, so production went overseas,” Alexander said. “Because of Raycar’s effort with the prototyping, the customer was on track with the production schedule, which is difficult to maintain in the industry. When production started overseas, there were 300 of these very large gearboxes coming across the sea, on the ship just in time for manufacturing.”

However, when the first gearboxes hit the port in the U.S., the customer realized that the gears the overseas supplier provided them were not the same quality of Raycar’s prototyping. When the gearboxes were assembled for production, they were extremely noisy and had multiple other issues.

“Our customer came back to us because of our experience with these components, and they wanted to see if we could take these gearboxes, tear them apart, rework several components in the gearboxes, reassemble them, and streamline them over to the plant,” Alexander said. “We agreed to do that, so they shipped all 300 to Raycar. We reworked the gearboxes and got them to their production assembly plant in time for their production line.”

With winning customer stories such as this one, Raycar’s future is promising, and the company looks to expand its gear manufacturing further in the automotive industry.

“Our future plan is to pursue some of the lower production automotive volumes,” said Alexander. “We are starting to have some success, and I believe that’s going to help keep a steady workflow through Raycar. We would like to mix a few production parts while still offering prototype and job shop work.”