As a young man he experienced Detroit’s productivity at its peak, and he has since managed to carve out his own “small niche in the world.” 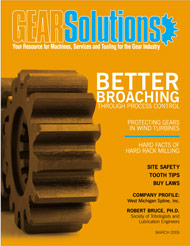