As the master distributor for Mitsubishi Heavy Industries in North America, Tom Kelly and Ian Shearing are dedicated to putting their customers “front and center”.

On the showroom floor of the Mitsubishi Gear Technology Center in Wixom, Michigan, is what could be seen as the very embodiment of its purpose and philosophy. Known as the GT06R, it’s a three-station machine that performs hobbing, chamfer deburring, and rolling operations — all in one clean, white-painted, sheet-metal enclosure. And to think it began as a sketch on a napkin.

“I was attending a going-away party for a friend in our company who was returning to Japan, and I scratched out my idea for a new machine to make pinions on a cocktail napkin and said ‘here, take this back with you and see if you can’t come up with something,'” says Tom Kelly, who is president of the center. “In April I traveled to Japan to discuss the machine’s design, and by June I was looking at approval drawings. It had been built by August, and we introduced it at the Chicago Tool Show in September. Less than six months, start to finish, which is pretty impressive.

“But that’s how responsive Mitsubishi is to the industry’s needs, and that’s one of the very reasons the Gear Technology Center was established,” says Kelly. “To serve as a direct link between Mitsubishi Heavy Industries and its customers here in North America.”

Until fairly recently, that link wasn’t quite so direct. Since Mitsubishi Heavy Industries began targeting the North American market in the late 1980s, machines had been sold through a network of some 30 to 40 distributors and representatives scattered across the United States. As one of those representatives, Kelly covered the state of Michigan and had a couple of big-three automakers as his customers. “Because of that, I’d sold about half of the machines in North America, so gear cutting machine sales was very important to me.”

So important, in fact, that he began to take a close look at how the company was being represented beyond his own territory. “Even though Mitsubishi had distributors in nearly every state, the information that customers would get from one distributor to another sometimes varied, and the company wasn’t getting the kind of customer feedback it needed,” he says. “Having so many different people marketing the product, who also carried other lines, didn’t seem to be the most effective approach to me. So in 1999 I proposed to Mitsubishi that we eliminate the distributor base and primarily go direct.” 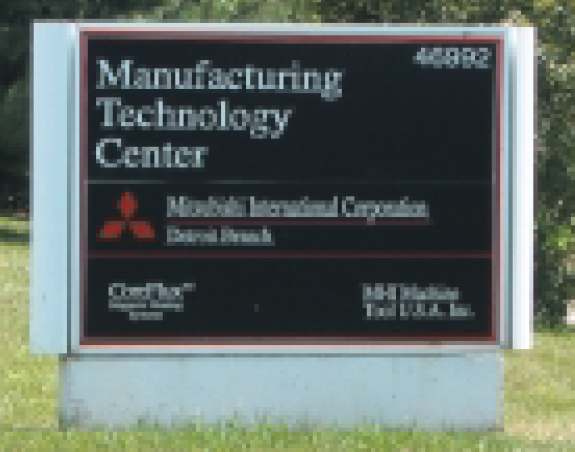 Kelly’s proposal was quite broad in its reach, factoring in such issues as marketing, service, response time, technical support, and parts availability. Since the gear cutting industry is a fairly focused business, he outlined an aggressive approach to targeting the market, and even compiling a database that would allow him to identify the company’s market share and track its growth. The company liked what it saw, and the Mitsubishi Gear Technology Center was officially established in 2001.

“We are now the master distributor for all of North America,” says Kelly. “And while we see ourselves as the voice and face of Mitsubishi Heavy Industries to its customer base here, we also play the role of the customer’s advocate to the factory, as well.”

Once Kelly had been given official clearance to proceed with his plans, he didn’t waste any time getting the center’s framework in place. The decision to base the center in Wixom was made, in part, because of its location in the heart of the automotive industry, and a dedicated sales staff was hired and placed in other key sites around the country. To help lay this groundwork, Kelly approached Ian Shearing, who was then with Liebherr, to become vice president of sales for the Mitsubishi Gear Technology Center. A trained engineer — as is Kelly himself — Shearing jumped at the opportunity, and set to work helping make the center’s business plan a reality.

Among his first tasks was establishing the national customer database that Kelly had outlined in his proposal. “One of our responsibilities to Mitsubishi is to show that we’re maintaining or improving our market share, so the first step in that was to set up a system for tracking how many machines were being sold in a given year,” says Shearing. “Since it’s not a huge market, it’s fairly easy to keep tabs on, and with a dedicated sales force specifically targeting that market, we’re able to keep our finger on its pulse.”

Kelly says this information has proved invaluable, both to Mitsubishi and to the center itself. “Before Ian established this database, Mitsubishi knew how many machines they’d sold, but they didn’t really know what else was going on out there,” he says. “Now they do. And we’ve also been able to demonstrate that over the past few years, even though North American gear machine sales are down about 70 percent, we’ve actually been able to increase our market share.”

This sort of information goes far beyond proving that the center’s efforts have been successful, according to Shearing. “Good market knowledge gives guidance to the factory as to what they should be developing in the future,” he says. “And I have to say that, as a company, Mitsubishi has responded very well to the data that we’re providing them.”

As with all carefully laid plans, there is always the unexpected, and what Kelly couldn’t have foreseen was the downturn of the U.S. economy and the resulting effect on gear machine sales. “Timing-wise, I would much rather have had this happen in the early 1990s when there was an expansion of the marketplace,” he says. “We started this whole thing when the economy was falling apart, which was quite a challenge.”

Still, even that circumstance has played into the operation’s success, from a strategic standpoint. “It gave us time to really concentrate on doing things the right way,” says Kelly, “to build a solid foundation and to get out there and let customers know that, even though they weren’t buying anything right then, we’d be there for them once things turned around.”

In addition to improving Mitsubishi’s market share, the Gear Technology Center has also forged new territory, recently landing two impressive automotive contracts. The first is a gear machinery contract with General Motors, which has launched an initiative to build a new six-speed, rear-wheel drive transmission for use in a number of different automobiles, including SUVs. “This will be a high-end transmission,” says Shearing, “and the first two phases of the project will involve equipping the production facility in Ypsilanti, Michigan, to manufacture it.” 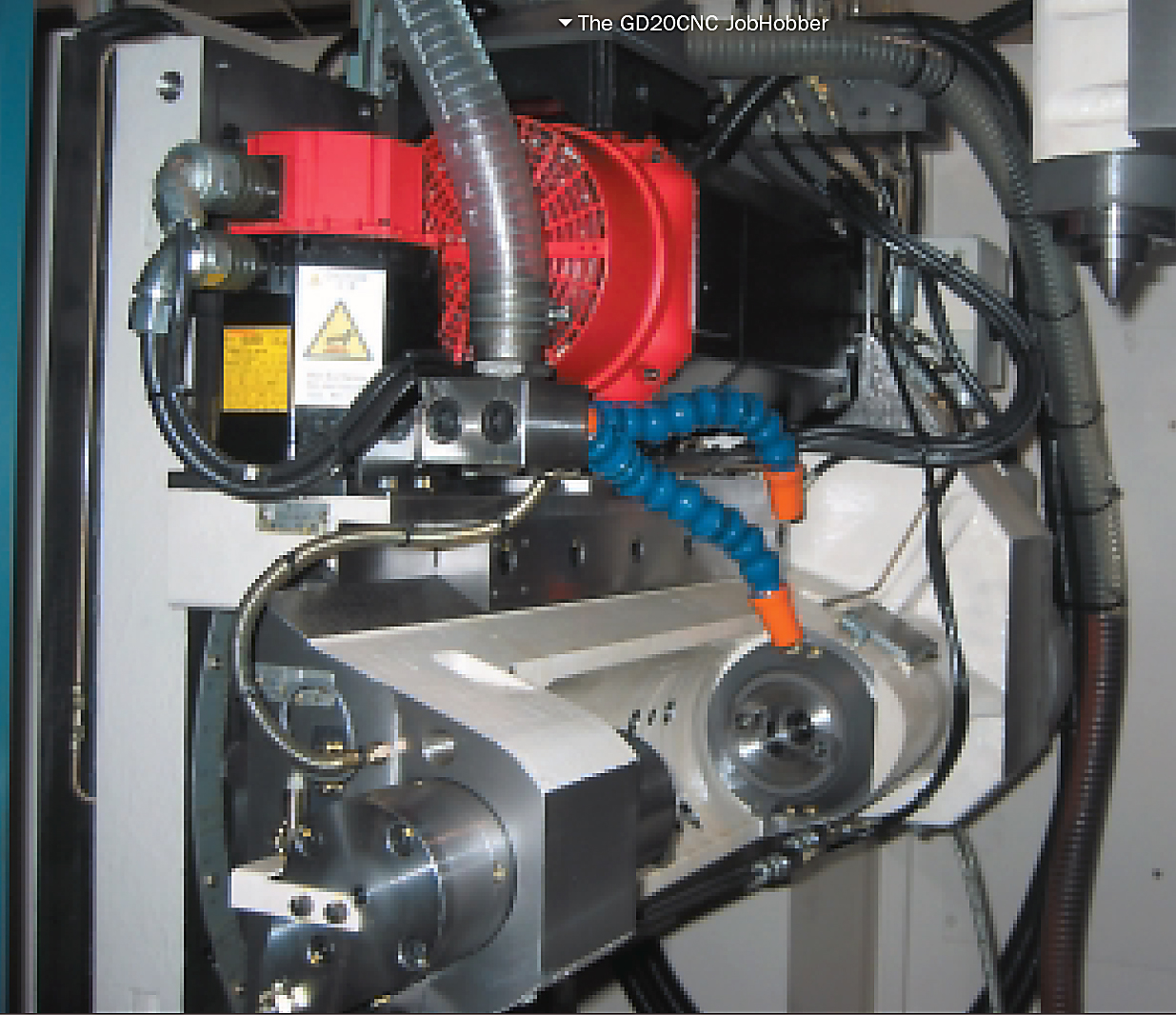 The second contract will have the Gear Technology Center providing machines to a consortium of automakers, including DaimlerChrysler, that is known as the World Engine Alliance. The consortium’s activities will revolve around developing a new multi-use engine for application across a variety of platforms. “One of the three has already begun work at their plant in South Korea, and a second will be building a new plant in Japan,” says Kelly. “DaimlerChrysler will be building a new plant, too, which will be located in Dundee, Michigan.”

Kelly and Shearing both see these major contracts as proof of the quality of Mitsubishi’s machines as well as validation of their approach to marketing them. “These are very big contracts for us, because they really represent the first time that Mitsubishi has been able to significantly penetrate the North American automotive market,” says Kelly. “We’ve provided machines to Saturn and General Motors in the past, but nothing on this scale. And even though Mitsubishi machines have been very popular in Japan since the 1950s–as they continue to be, including the GT06R three-station machine we helped bring into being–this will be a great opportunity for us to introduce our capabilities into the North American market. We’re very pleased to have these new contracts in place.”

Shearing agrees: “I think that both of these projects bring a lot of credence to the Gear Technology Center,” he says. “It also gives us a lot of confidence in the way we set things up‹being chosen to work with automakers of this caliber means that we must be doing things the right way.”

The precision and detail that Kelly and Shearing apply to their work is reflected in the facility itself. To take a tour of the two-story Gear Technology Center is to be surrounded by a nearly audible hum of activity. The center’s 17 employees dart between offices, and the building is divided into office suites dedicated to purchasing, design, and project management. The engineering department has computer workstations set aside for Mitsubishi engineers who often visit from Japan, and a spacious conference room — one of three — is outfitted with all manner of multimedia equipment to enhance educational seminars for the sales staff as well as meetings with clients. The rest of the building is set aside for the company’s showroom, with the Mitsubishi Gear Machines line arrayed in orderly rows–including the GT06R and the GD20CNC “JobHobber.” The space also contains the center’s testing laboratory, equipped with an M&M Precision gear inspection station.

Walking among the machines, Kelly discusses their strengths, as well as their destinations. “Even though our central targets are the big companies, such as the aircraft and the big-three, tier-one automotive industries, we supply quite a number of these machines to job shops, too,” he says. 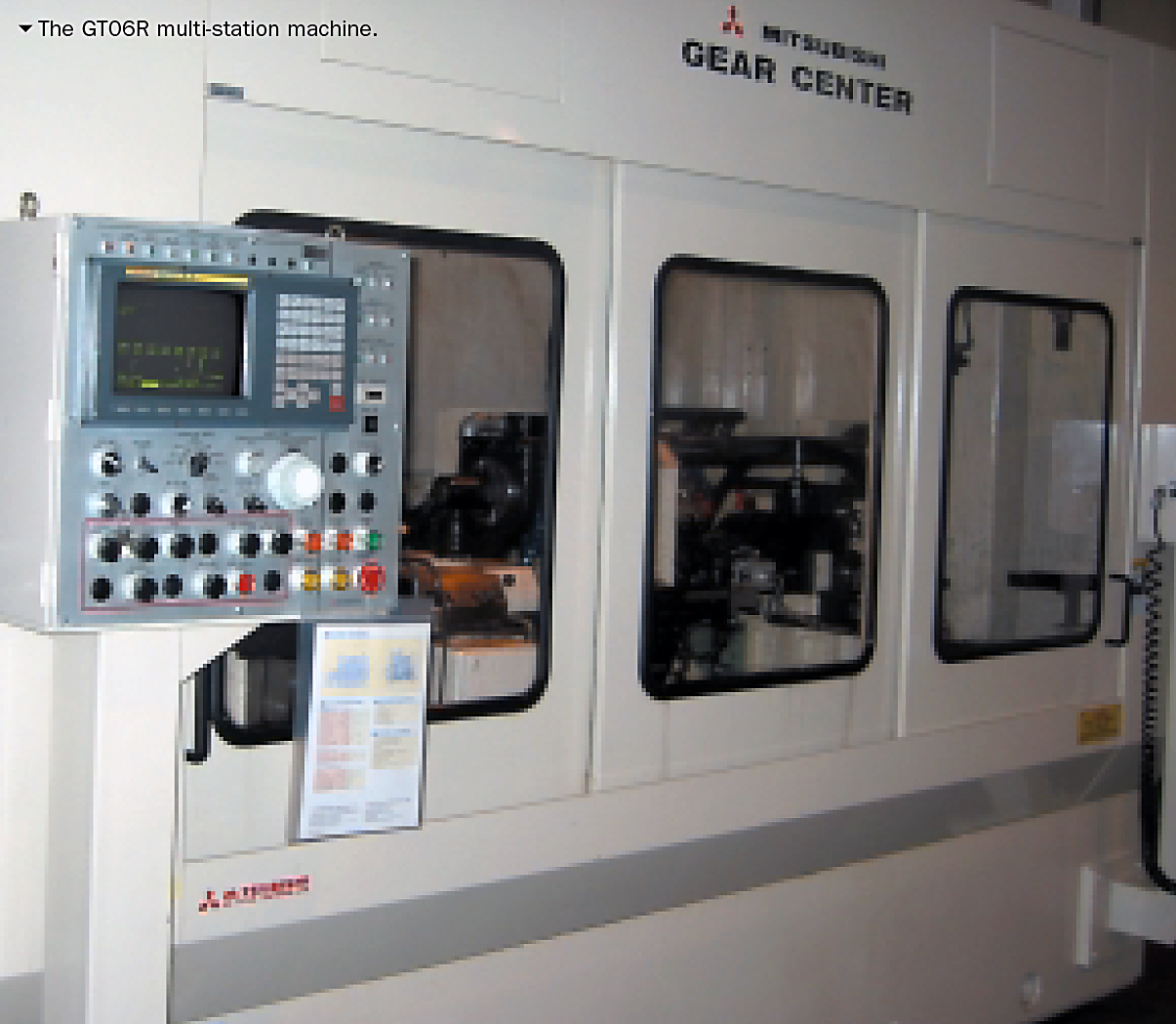 “There seems to be a trend these days for the big manufacturers to farm out some of their gear cutting work, and they’ll usually give that work to their traditional suppliers, who then have to purchase the equipment they’ll need to start cutting gears,” Shearing adds. “So we’ve provided the machines and training to these job shops, and they end up representing a significant percentage of our sales at the end of each year. That’s a market we definitely want to nurture and keep moving in the right direction.”

No matter the size of the account, however, Kelly and Shearing are dedicated to placing each of their customers “front and center,” and they believe that a great deal of the success they’ve achieved so far can be attributed to the Gear Technology Center’s staff.

“I don’t know if you can point to any one thing as the absolute reason for our success, but one of the reasons for it is the philosophy that we share,” says Shearing. “It’s very positive, very aggressive, and I think the attitude of all the people who come to work here every day is that they really want to do a good job.”

Kelly agrees, as did the automotive representatives who visited the facility during contract negotiations. “Both of these customers came flat out and stated that without the Gear Technology Center being located where it is, and without our local support staff and the experienced personnel involved, we wouldn’t have received these orders,” he says. “So an important part of our strategy is to have a highly trained staff and an established direct sales force who provide world-class service and support to identify and meet our customer’s requirements.

Ian Shearing can be contacted at (248) 668-4161 or ishearing@mitsubishigearcenter.com.