Innovative Rack & Gear is a custom manufacturer of gear racks and gears to OEMs and suppliers in a variety of industries including machine tool, automation, construction, mining, healthcare, aerospace, and defense.

A gear rack is often an integral part of a machine’s inner workings, so it’s important it is designed and manufactured to exact specifications.

The experts at Innovative Rack & Gear have been providing custom manufactured gear racks to the gear industry for a quarter of a century, and the company shows no signs of slowing down.

“We’ve always wanted to do the best quality,” said Zen Cichon, president of Innovative Rack & Gear. “We’ve always tried to take on jobs that are more interesting — maybe something that others don’t and couldn’t do or didn’t want to do.”

Innovative Rack & Gear is equipped to manufacture pieces from one to 10,000. To be able to accomplish that takes a company ready to take on any challenge.

The company can reverse engineer replacement parts, as well as provide break-down service during critical times, according to Cichon, and Innovative Rack & Gear will always look for the most economical solution, whether that means custom-made or by using standard alternatives.

“Let’s just say that the more unique the gear racks are, the better we shine,” he said. “Our forte is making custom gear racks to the customer’s specifications, and that’s our service.”

Innovative Rack & Gear is able to bring that unique ability to the table by using equipment that can create a variety of rack types, according to Cichon. The company manufactures all types of custom, commercial, and precision, high-quality gear racks for industries such as machine tool, automation, construction, mining, oil, gas, offshore, steel, healthcare, precision instrument, aerospace, and defense.

Innovative Rack & Gear handles the more complicated aspects of general machining with an assortment of Haas and Hurco CNC machining centers and lathes, and Cichon said the recent addition of a Chevalier FSG-2060 automatic precision surface grinder allows control over the quality of ground blanks and customers’ delivery schedules.

In 2009, Innovative invested in another machine that could cut hardened teeth instead of grinding them, according to Cichon. The company’s state-of-the-art CNC rack milling machines can cut teeth uninterrupted up to 82 inches and even longer lengths through resetting.

“You normally had to grind them, because there was no technology to cut teeth,” he said. “So, we bought a hard rack milling machine back in 2009. That gave us another opportunity to grow.”

That growth gave way to not only ways to cut teeth, but also in operations such as milling and drilling holes and making gear racks per the customers’ prints, according to Cichon.

“We’re a custom manufacturer of gear racks,” he said. “We don’t make our own product; we actually make the gear racks per the customers’ prints. We’ll quote it to their print, and then if we get the order, we make it to their print, and we send it out for secondary operations, such as heat-treat, plating, or whatever else that’s needed for making a gear rack per the customers’ specifications.”

The addition of more complex machines allowed Innovative Rack & Gear to keep expanding what it could offer customers, and Cichon noted a major turning point in particular: The company could move beyond manufacturing fine-pitch to medium-pitch gear racks to making larger ones.

“We got into large tooth profile racks — up to 0.5 DP,” he said. “We started with medium to fine pitch, and then after the great recession, we started getting into larger gear racks.”

And as the industry has evolved, Cichon emphasized that Innovative Rack & Gear has been up to the challenges that evolution has brought.

“In the beginning, I think the quality and the tolerancing wasn’t as tight,” he said. “Back in ’95, when we started the business, I think the racks were much more forgiving. We used to measure things in more of an old-fashioned manner, but because of speed and tolerances that we have to hold, we got a CMM machine. More and more of the customers are requiring tighter tolerances and more exotic materials to squeeze as much as they can out of a package.”

That can also be said of the rack milling machine Innovative Rack & Gear acquired to meet the customers’ need for hardened racks, according to Cichon. Racks can be manufactured from mild steel, carbon steel, stainless steel, aluminum, brass, bronze, plastic, or other exotic materials in rectangular, square, round, and other shapes. The company is also ISO 9001:2015 registered.

“That gave us the opportunity to, rather than have a committed machine to only rack grinding, we could get a hard rack milling machine that could do both the hard and the soft,” he said.

The flexibility that Innovative Rack & Gear offers gives the company a lot of muscle to flex when solving its customers’ challenges, according to Cichon.

“We try to work with them; we try to look at all the capabilities we have, and just put our mind to it, and see if we can meet their challenge — whether it’s pricing or quality or just some other type of configuration they give us,” he said. “We try to always meet the challenges customers bring our way.”

Innovative Rack & Gear’s versatility has kept it thriving as it celebrates its 25th anniversary in the gear industry, and Cichon is proud of the fact that the company has come a long way since its humble beginnings with Cichon’s brother, Jerry, and later with the help of another brother, John. In 1995, they bought a Fellows gear rack shaper and a straightening press and a Bridgeport type of machine and started making gear racks.

“That was the basics of our gear-rack business when we started,” he said.

The brothers soon realized that the older machines weren’t going to be enough to keep the business going, so in 1997, the Cichons discovered a Japanese company called Saikuni at an AGMA Gear Expo tradeshow.

“We saw their machine there, and we were like, ‘Wow, this is great; we could buy a CNC rack milling machine, and go from an old mechanical type of a machine to a CNC type of computerized machine,’” he said. “But it took us about three years before we finally worked it out to get one.”

But the dividends of owning this new machine paid off quite well as an essential building block of Innovative Rack & Gear’s abilities.

“We’ve been growing pretty much with those machines,” Cichon said.

Growing through the years

And Innovative Rack & Gear’s physical space has reflected that growth as the company has gone from a 900-square-foot building in 1995 to a 20,000-square-foot facility today.

The equipment and facilities are important, to be sure, but Cichon pointed out that it’s ultimately the employees who really make his company stand out.

“A lot of them started from scratch with us,” he said. “Some of the employees we have are ones that started with us in the beginning. They’ve learned with us as we went along, so we’ve all learned. It wasn’t like I knew everything, or Jerry knew everything, or they did. So, we all learned together. It was challenging times, but it was fun. They would learn from us, and we from them, too, in some ways. But it was like a new frontier for everybody that started working here including some of our family.”

As Innovative Rack & Gear moves into the future, Cichon expects his company to be able to meet the challenges that new technologies throw at it with the same fortitude it has shown for 25 years.

“I feel that we won’t be impacted as much in our industry, in the gear racks, because we see automation using a lot of our gears and racks,” he said. “I believe industry as a whole won’t be moving away from gear racks as quickly as from the gears.”

And that means growing even stronger within the industry while not losing sight of the fact that quality is Innovative Rack & Gear’s No. 1 priority, according to Cichon.

“Our philosophy is to give the customers what they’re looking for, and be of service to them and do what we can to keep them and retain them as a customer,” he said. 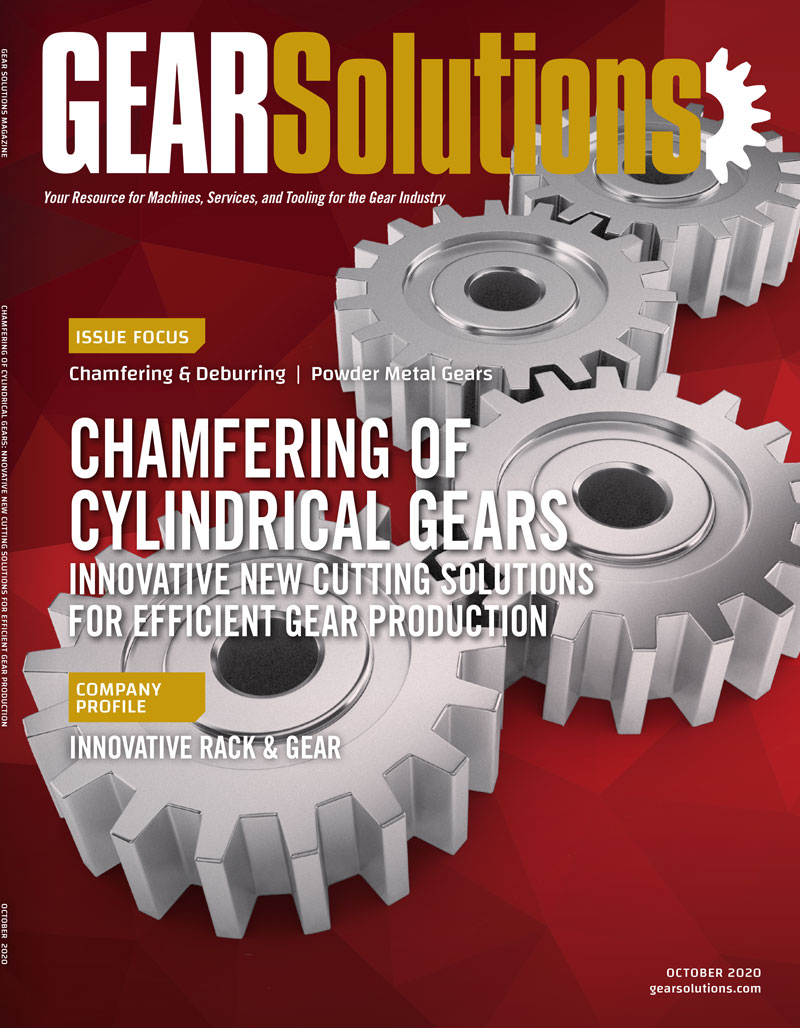