As a leading manufacturer of high-precision live and dead centers and face drivers, Riten Industries has unmatched experience, engineering expertise, and customer service, with all of its products made in the U.S.

Riten Industries has been a family business and manufacturer of workholding tools since 1933, but “Riten” has not always been the company name. In the 1960s, Riten was called Rigid, and according to Mitchell Kirby, vice president of manufacturing and an employee for 26 years, its namesake is an interesting tale that’s been handed down through generations of employees.

The response from Rigid Tool was how much is it going to cost to get the name back. Rigid’s owner eventually sold the assets of the company to the current owner, John Lachat, who then had to select a name for the company that was similar to Rigid without infringing on that trademark, and he came up with Riten.

“That’s how the name came about,” Kirby said. “It starts with an R, and it’s similar to Rigid. Back in the days when all the industrial distributors had big racks of catalogs and you wanted to find a live center, you went to the R’s. Riten, Ready, Royal, Rohm, and Roofe were all the big manufacturers of centers at the time. If Lachat had known that, he would have named it anything but what started with the letter R.”

With its new name plus years of machine tool experience, Lachat started with a single product line and about half a dozen employees, and today, his family is in its third generation of management with his son Andy Lachat, owner and president, and his grandson Chris working for the company, too.

“We began with a nine-page catalog of basically live centers and dead centers, and we did a small amount of custom tooling, about 5-10 percent,” Kirby said. “Custom tooling became a niche in that people knew they could come to us. Even if the custom tool hadn’t been manufactured previously, we would quote and build it. Over the years, as we saw a large number of similar custom tools, we added them to our product line as standard items or semi-standard items.”

“In the last 10 years or so, we branched out into machine tool repair, specifically the tailstock end of the machine because that is very similar to our existing product line,” Kirby said. “The bearings in the live centers wear out. They may need to be rebuilt, reengineered, or reworked. And repairing a tailstock with bearings is not much different from repairing a large live center.”

Riten does all repairs in its 35,000-square-foot facility situated in a rural farming community in southern Ohio. The company repairs its own products and its competitors’ and serves a range of industries, including aerospace, automotive and heavy trucks, machine tool builders, medical, and agricultural equipment manufacturers.

“Our tools are primary workholding tools, so anybody that’s making a part with a shaft shape that is longer than it is round is typically doing it between centers, and we sell centers,” Kirby said. “It’s basic manufacturing, and that covers almost every industry.”

As an example of an untraditional customer-requested custom tool, Riten worked with a bowling bowl manufacturer with a specific need.

“I had a customer that needed a custom cup-shaped center (most centers are pointed), and they would hold the bowling ball blank between two cup-shaped centers as they turned the ball round,” Kirby said. “That’s one of our odder applications that didn’t fit the traditional role of centers.”

A wide range of customers also means working with custom tools that hold parts in a range of sizes.

“At Riten, we like to say that we make parts from a feather to a freighter,” Kirby said. “From medical parts that weigh ounces to rebuilding a lathe that holds a part that weighs 200,000 pounds.” 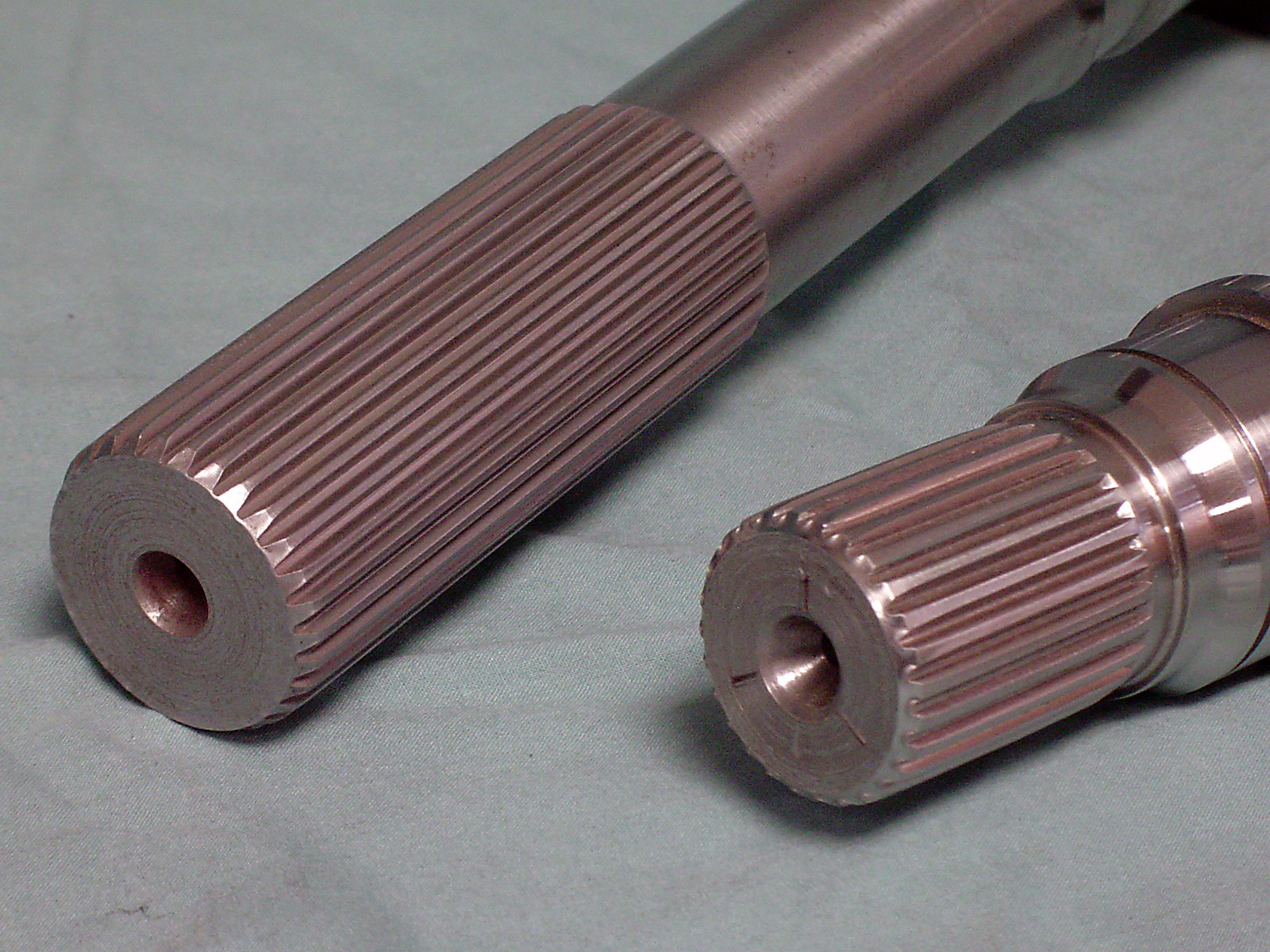 “In spline rolling where the gear is cold formed, the work is all done between centers,” Kirby said. “I think we dominate the spline rolling industry.”

What sets Riten apart from others is that all parts are 100-percent American-made, and the company is known for its number of manufactured specialized tools.

“Many tools that you see in our catalog are outgrowths of custom tools that we have made previously that are now standard products,” Kirby said. “When you have a unique application where standard off-the-shelf tooling is not getting the job done, they come to us. They also come to us because we’ve been doing this for a long time so we have a breadth of experience. What may be unique to that customer, we’ve done it before or something similar, and that’s our advantage.”

With Riten’s expertise and reputation in the industry, it’s proud to have gained many satisfied customers.

“Most customers would say that we are responsive, agile, and quick to answer their questions,” Kirby said. “When you call here, you are going to talk to experienced customer service, not an automated attendant. And, if customer service can’t answer your question immediately, you will talk to me or one of the other engineers.”

For the future, Riten plans to continue to bring out new products.

“We introduced an adjustable center recently, and we continue to expand our offerings in machine tool repairs,” Kirby said. “It’s interesting for us when we’re dealing with old equipment that’s being rebuilt. From my perspective, custom tooling is never boring. Everyone has a different problem, and that’s exciting for me.”