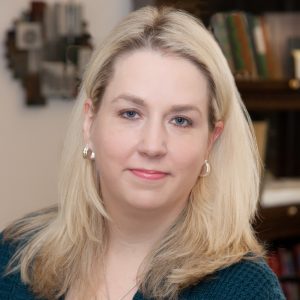 AGMA is celebrating its centennial anniversary. Tell us more about the celebration.

As part of Gear Expo 2015 and our 100th anniversary, we debuted a timeline exhibit. It’s more than a history of the association; it’s the history of processes and improvements in the industry. We will continue to celebrate the centennial throughout 2016 with three events also related to the centennial. In May, we’ll host our 2016 annual meeting, and in June, there will be an industry-wide dinner in Chicago that anyone in the gear industry may attend. Also, 2016’s AGMA Fall Technical Meeting in October will be in Pittsburgh, the site of the first technical meeting and AGMA’s headquarters for nearly 40 years. We’ll go back to our roots for that event to close the celebration.

How has the association’s role in the industry grown in 100 years?

AGMA started by solving a problem. When automotive and rail all began, there were no standards for manufacturing. So, AGMA was formed to set standards. The most important thing for us was to be an international voice for both the technical side and the business side. We have been an international association since the beginning in the 1920s when we had a member in Australia and France. You can imagine how long it took for communications to reach those members back then.

Throughout the years, AGMA has been involved in the defense industry. During World War II, AGMA was helping the government set standards. This boosted our membership that was hurt from the depression and brought the association back to the forefront. There was this massive explosion of need at that time, and the association became the focus for the industry. Even with a surplus in machinery, it helped the guys coming back from the war find resources for machinery and start a business.

What can we expect from AGMA in the years to come?

We will continue to be on the forefront of the standards industry. AGMA is the secretariat, or chairman, for the International Organization for Standardization (ISO). We will continue to grow that relationship in the future. As the industry changes, the association changes. A few years ago, the strategic resources network was developed, and that has been successful. The organization is very nimble to serve the industry.

What is AGMA doing to prepare the next generation of gear professionals?

We are constantly developing new educational programs. In 2016, we will have roughly 10 classes, and we are always looking for new topics and new instructors. We use the expo as a trial for classes that we may offer in the future and see how well they are received at the expo. For the business and technology side, the courses are a place for younger gear professionals to build their own networks and help take that next step in their careers.

What does Gear Expo provide to those involved in gear manufacturing?

Gear Expo is a networking event and an educational event. Some of our longtime attendees have referred to it as homecoming week. If you have been in the industry for a while, this is like family coming together. If you haven’t seen someone in a long time, you know you will see them in two years at the expo. Over the past two shows, we’ve put more focus on education because we constantly hear that new employees need more training. That is where we see the most growth for the show in the future. The exhibit floor is healthy, but we want to offer more and give people more reasons to come again. We’ve also increased networking opportunities with receptions.

Our 2015 pre-registration numbers exceeded Cincinnati’s final numbers in 2011 and came close to the numbers for our shows in Indianapolis two years ago.

What was the significance of choosing Detroit for Gear Expo and the expo’s new tagline?

Being back in Detroit has been great. Cobo Hall has been renovated, the city has improved and continues to improve, and the focus in 2015 on drivetrains brought the automotive industry out in force, and it is great for the exhibitors.

Something that we’ve heard for years is that we need more gear buyers to come to the show, so in branding the expo as The Drive Technology Show, we hope that it would be clear that it’s not just gear machinery out on the floor. You can find a supplier for a transmission or piece of the gear system or a consultant that can make your system better. There are lots of opportunities here. We’ve seen an increased number of attendees in the automotive industry, and we have more new exhibitors. The tagline is a guiding principle for how we continue to grow the show in the future.