ASI continues to expand its testing, engineering, and manufacturing capabilities through cost-effective design and manufacturing of increasingly sophisticated electromechanical systems for its expanding customer base in the medical mobility, material handling, and floor-care markets.

ASI Drives is a manufacturer of complete custom-engineered gear drives, including gears, motors, and castings designed primarily for battery-powered machines that weigh less than 1 ton. ASI has steadily grown since its founding in 1985 by CEO Barney Berlinger as a spinoff from Quaker City Gear, which was founded by Berlinger’s grandfather.

“Quaker City Gear was an open-gear shop that made gears to other’s specifications and designs, but as a gear engineer, Barney wanted to make his own product that used gears but wasn’t subject to the same competition of open gearing,” said John Cross, who became president of ASI Drives in 2008 and has been with the company since 1997. “Barney developed and built the first fully enclosed electric transaxle for single-person medical mobility scooters while he was still at Quaker in the early 1980s. At one time, ASI was the largest manufacturer of electric transaxles in the world.”

By 2000, ASI Drives had a comfortable hold on the electric transaxle business, but the medical mobility market was rapidly moving offshore. The company found a way to tap into the floor-cleaning market by solving a significant problem for a large U.S.-based floor-care company that was experiencing motor failures and motor burnouts with its current transaxle.

“They already had 50 percent of their floor-cleaning machines fail and expected more to fail,” Cross said. “The problem was motor performance-based, not gearing-based. By leveraging our creative design abilities in both motors and gear technology, we were able to incorporate a larger motor and innovative gearing into the transaxle and stop catastrophic motor failures from occurring. This company is now one of our largest customers.” 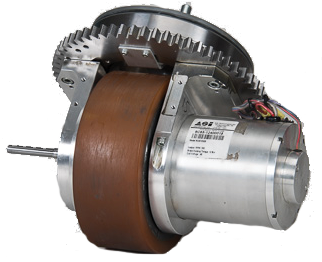 In addition to medical mobility and floor-care industries, ASI Drives also serves the material handling and outdoor power equipment markets with customers in North and South America, Asia, and Europe. The company of 50 employees moved to its 25,000-square-foot facility in Montgomeryville, Pennsylvania, in 2006, doubling the square footage of its first facility in Horsham.

“The larger facility has allowed us to expand our testing abilities and engineering capacity, vertically integrate our manufacturing, and create specialized assembly lines for specific products,” Cross said. “As a result, our overall effectiveness in serving our expanding customer base has been greatly enhanced.”

For example, in 2008, ASI Drives was approached by a rapidly growing manufacturer of order fulfillment systems that was assembling a drive from purchased motors, gearboxes, and encoders and looking for a way to reduce labor.

“We proposed a custom drop-in gear drive that incorporated all the components and features they required,” Cross said. “Not only was their labor reduced, but our drive was one-third the size of the off-the-shelf system they were using. By implementing our reduced-size gear drive, they could improve the effectiveness of their system significantly. This customer continues to grow and is also one of our largest customers.”

Building its customer base is a result of working with customers to fully understand their application and to find the most effective solution using its expertise in a variety of gear and motor technologies. 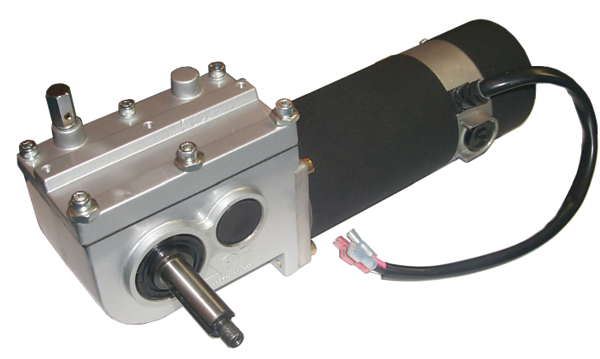 “In addition to involute helical gearing, we use Evoloid gearing for the high-reduction ratios and the single pass,” Cross said. “We also use Convoloid gearing, which is a unique gear tooth form developed by Barney.”

Developing mostly custom-designed gear drives for specific customer applications, ASI Drives works with customers to develop a solution that meets their requirements and then offers prototype work and builds samples to be tested.

“We do electromagnetic finite element analysis of our motor designs,” Cross said. “We can do FEA of mechanical features if there is a concern that they’re highly stressed. And we use AGMA gear software to rate the gearing and to determine the expected life.”

ASI Drives cuts all of its own gearing with Liebherr gear hobbers and Koepfer gear hobbers, and it uses Haas CNC machines. It can design its own motor or source a motor from anywhere in the world. For every unit ASI makes, it offers completely computerized, automated end-of-line testing, which records and maintains performance data for its customers.

“While brushless DC motors are not new to the gear drive industry, they have continued to make more inroads into various applications,” Cross said. “The advantages for brushless motors are: There are no wear items, so the only contacting part is the ball bearings. They are considered to be more durable, and they have the ability to have a higher power output than a standard brush-type motor because of the configuration of the windings; however, they require drive electronics to run, which does add cost.” 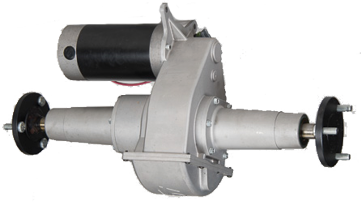 However, according to Cross, as costs come down for electronics, electronics for DC brushless motors will come down in cost as well, creating more applications such as in robotics and automation.

“As that happens, we have to make sure the gears keep up by designing the best gearing in the smallest package size at the lowest cost,” Cross said. “Understanding the life requirement of the application is key, so you design the gears to meet that requirement. With brush-type motors, you didn’t have to worry about the gears wearing out because the motor would wear out first. With brushless motors, you have to design state-of-the-art gearing to live as long as the motors do.”

ASI Drives will be showcasing its products, specifically drives for mobile robots, at the upcoming American Gear Manufacturers Association (AGMA) Gear Expo, booth #630, as a first-time exhibitor. Cross, who is also treasurer for AGMA, says ASI Drives takes advantage of many of the association’s offerings, including AGMA online training courses, member-benefit courses, and in-person training for individuals. Its gear machine operators have all been through the AGMA basic training for gear manufacturing.

“The AGMA’s strategic plan addresses many of the issues we face,” Cross said. “No other association has the mission, vision, and energy that more closely aligns with ASI Drives than the AGMA.”

With resources from industry associations, an expanding customer base, and continued technological investments, ASI Drives has a positive outlook on its future.

“People look at us as a small company, but we make over 100,000 gear drives a year,” Cross said. “We have the capability to satisfy anyone’s needs, one way or another.” 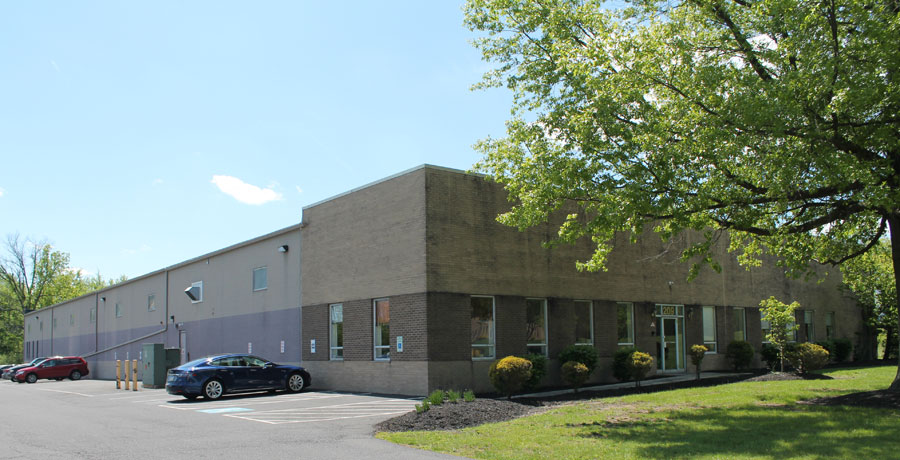