A recognized best-in-class fishing reel product line, a dedicated pursuit of advanced gear technology, and an inspiring 80-year history has helped Penn Reels become a key player in the industry of one of America’s favorite pastimes.

The beginning of Penn Reels is not only a story of an American dream, but also a story of a fishing tackle manufacturer that revolutionized saltwater angling. It started in 1922 when Otto Henze, a 25-year-old machinist, moved from Germany to the United States and began working for the Ocean City Reels Company in Philadelphia. Ten years later, Henze left Ocean City Reels and started his own fishing reel business called Penn Fishing Tackle Manufacturing Company.

The company’s first recorded sale occurred in February 1933 when Miller Auto Supply Company of Harrisburg, Pennsylvania, purchased one of each of Penn’s reel models: a Sea Hawk for $1.21, a Bayside for $1.93, and a Long Beach for $2.48. Within the next year, the company doubled its reel models, which were each named after the seaside communities on the Atlantic and Pacific coasts. It was this branding strategy that helped establish Penn Reels as a tackle company focused on saltwater fishing. 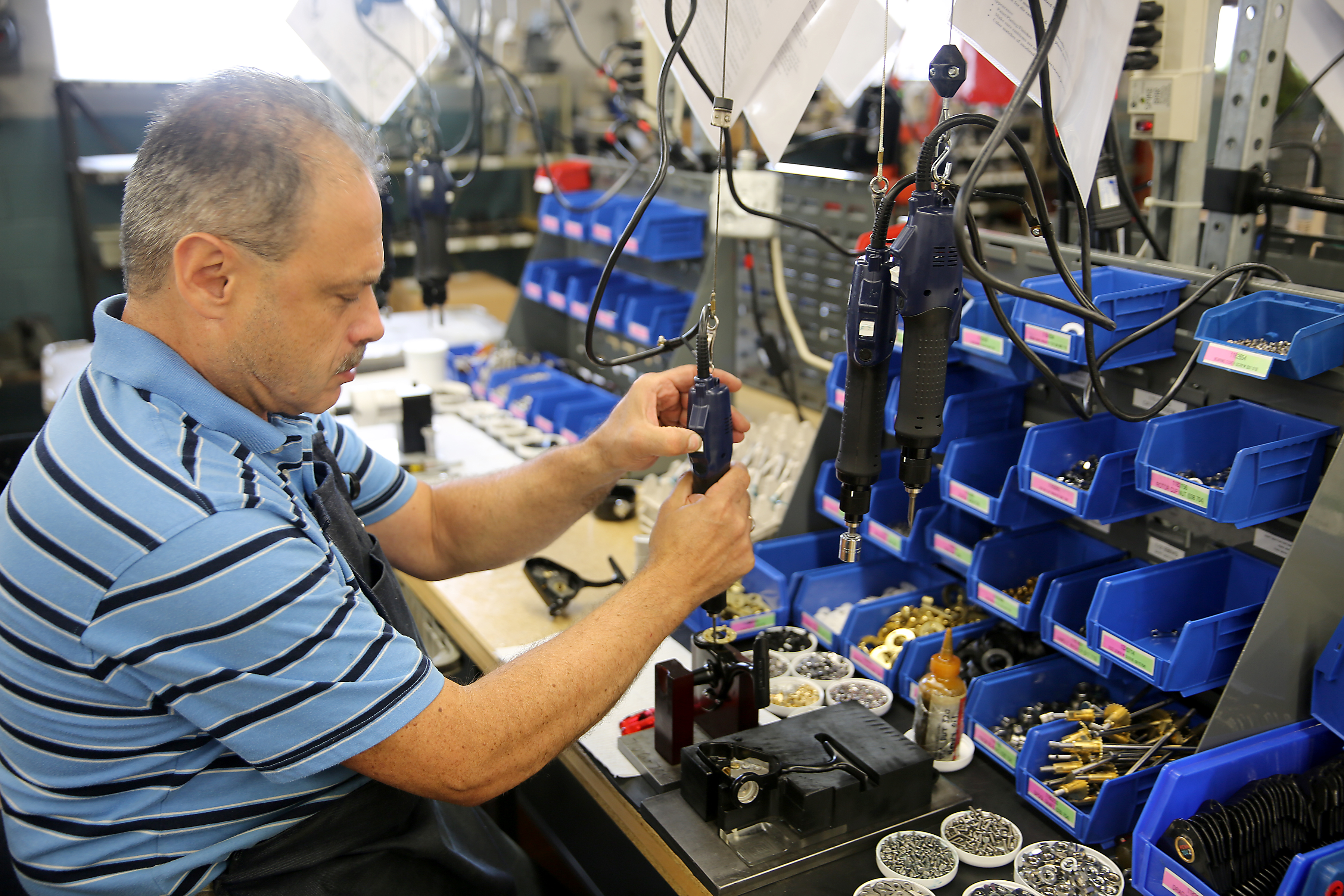 Penn Reels’ growth in the early 1930s was dramatic. While America was at the height of the depression, many people fished for their food, and the tough times proved to be an advantage for Henze’s start-up company. Penn’s affordable reels were just what the beach/bay fishermen needed to put food on the table.

In 1936, Penn Reels introduced its most famous reel, the Senator — a revolutionary reel capable of challenging the biggest, most powerful game fish — that quickly became a popular reel used for world-record catches. While legendary fishermen such as Zane Grey, Ernest Hemingway, and Michael Lerner were traveling the world and setting records, the Senator, priced at an affordable $25, gave every angler a chance to set a record.

In 1942, Penn Reels moved to a new manufacturing facility on West Hunting Park Avenue in Philadelphia, its current location. Several years later, when Otto Henze passed away, his wife, Martha, did something few women of the time would even consider. At age 39, she took responsibility for running the company as president, and Penn Reels continued to prosper under her management. Martha Henze was an avid angler, once catching a 613-pound Bluefin tuna, and her first-hand knowledge of fishing helped guide her decisions at the company. 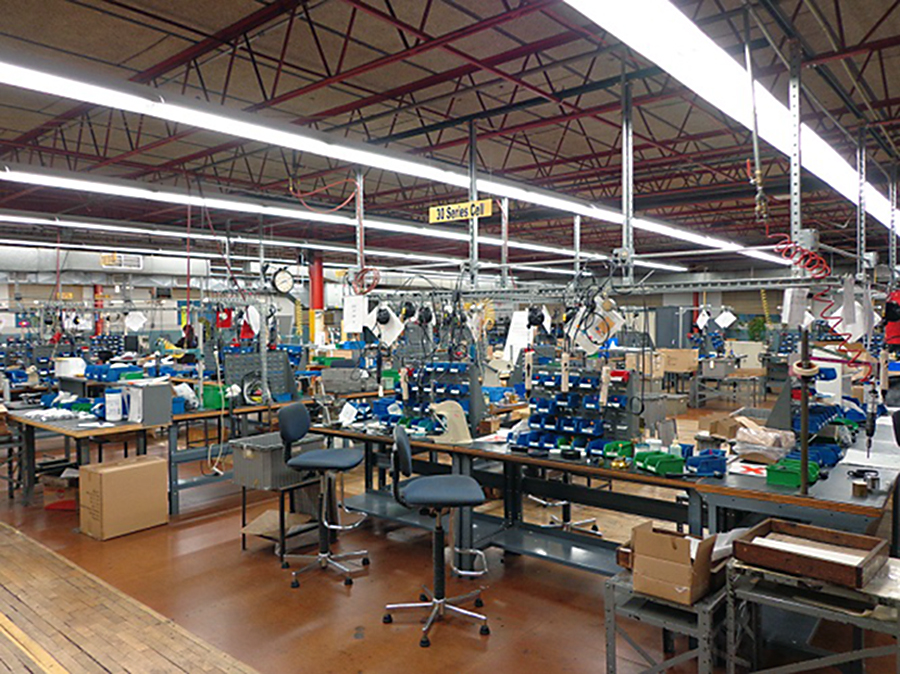 Penn Reels prospered further when Otto Henze Jr. joined his mother in running the company. Under his direction, Penn Reels became a leader in innovation and developed many of the company’s current patented features.

Today, Penn Reels continues to lead the industry in innovation by introducing new features and designs that give fishermen an extra edge when catching world-record fish.

“From the beginning, Penn has been at the forefront of modern reel design and production,” said Mike Rice, Penn’s brand director. “The fact that millions of experienced anglers around the world put their faith in Penn products is what inspires us to continue our founder’s dream of manufacturing the world’s highest quality fishing tackle.” 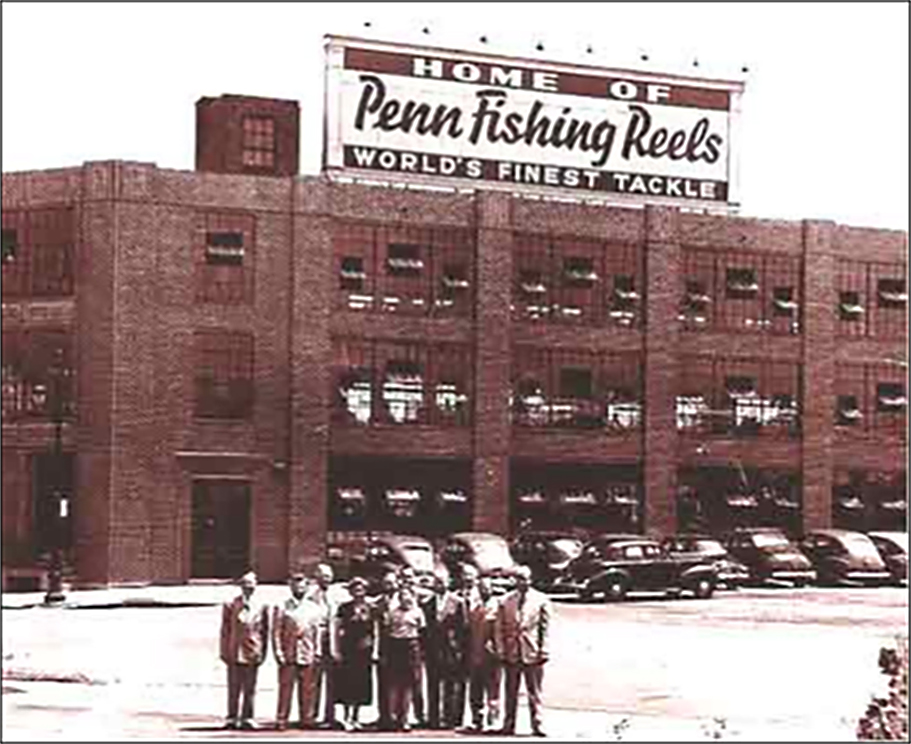 The company has its target on more development around gear technology and more new products to showcase this technology. In 2015, Penn launched the Clash spinning reel with its latest CNC gear technology, taking home the coveted Best in Show award in the Saltwater reels category at iCAST.

For the product lines of Penn’s spinning reels, stainless steel, brass, or aluminum is used for the hypoid gears. Each material has its own benefits to the reels. Steel is the strongest, but it is also the heaviest and most difficult to machine. Brass is heavy, strong, and typically smoother (when cranking the gears) than steel. Aluminum is used in products that don’t get used on larger fish and is an ideal option from a weight-saving standpoint; it’s extremely smooth, but not typically as strong as steel or brass.

Penn’s reels are typically used in salt water, so for the aluminum gears, the company is anodizing them to protect against corrosion. In some cases on the big game reels, the company does heat treat on its stainless steel gears. Penn has a mix of in-house and outsourced suppliers, but all of the precision gears are produced in-house.

“Better designed gears mean smoother reels that last longer, and it’s easy to spot poorly designed gears in the reels; after a few fish, the vibration and roughness typically show and take away from the fishing experience,” Rice said. “Consumers understand that gears are the engine of our reels, and when we innovate in this area, we give anglers a better tool for the job.”

Throughout the company, developing one-on-one relationships with its customers is a high-priority goal, according to Grayce Weber, Penn’s brand marketing manager. 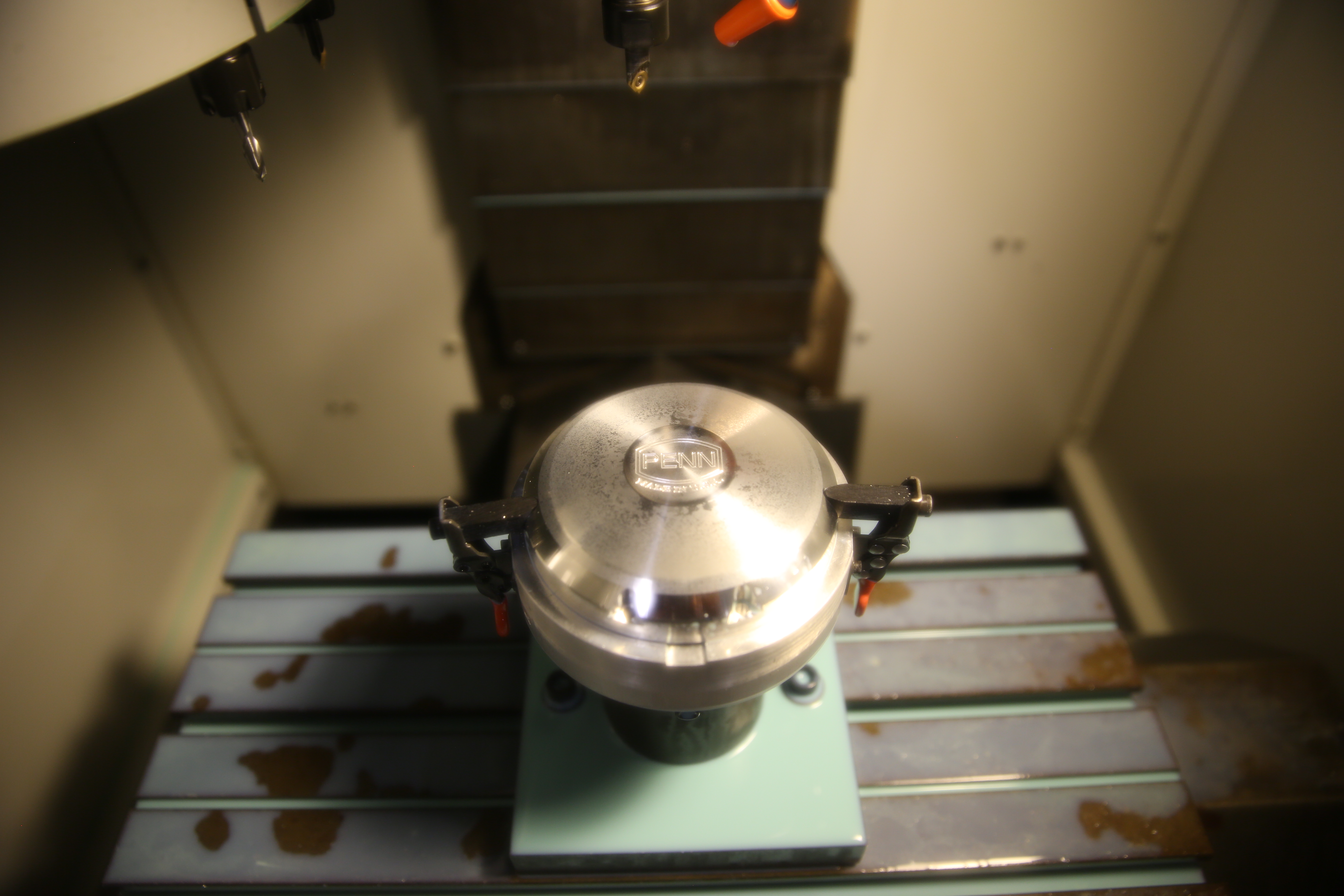 “We put a lot of value in having direct conversations with our anglers, and we spend time having those conversations, through sponsored forum pages, social media platforms, customer service calls and emails, and field events with our sales reps and retailers,” Weber said. “We genuinely care about what the consumer is looking for from Penn and what kind of experience they’re having on the water. They’re the ones we’re trying to please, and understanding their good and bad experiences in detail only helps us build a better product.”

In fact, conversations with customers have even influenced Penn’s product-line decisions, specifically, when it brought back to production a demanding Z Series reel to its product line in 2014 after it was taken off the market.

“Z series reels are kind of an old-school Penn model reel; it’s a simple construction reel with fewer moving parts, and surfcasters like them because they’re easy to service and maintain with the granular sand and saltwater conditions encountered on the beach,” Weber said. “We saw that there was a demand for this reel to be placed back in production and that there wasn’t a reel on the market that met their needs. Some might say it was counter-intuitive to bring the reel back because it was a step back from innovation and design, but it’s what the surf anglers wanted, so that made it an easy decision for us.”

As with many industry leaders, Penn Reels knows that customer service and consumer confidence in the product are integral to its business.

“It’s important to us that the people who buy Penn know it is going to perform on the water when they have a big fish on, and they know that we’ll stand by the product off the water should anything go wrong,” Rice said. “We’re also not afraid to admit our mistakes and make good on them. I think that’s something other brands have been reluctant to address. We haven’t made too many mistakes lately, but when we do, we’re the first to admit it and provide a fix. I think that straightforward communication has helped us win over a lot of anglers.”

According to Rice, Penn Reels has made a big comeback in the last six years. As the company faced a need for investment and support, an acquisition by Jarden brought trust with its purchase, and it turned out to be the right move for Penn.

“We were the sleeping giant for much of the ‘90s through 2010, but Penn is now a force to be reckoned with once again,” Rice said.