How did Hainbuch get started? 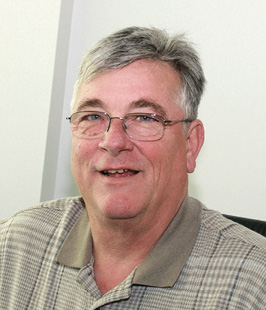 It’s a very innovative company that’s been in business since 1951. It started out making replacement collets. And that kind of grew and grew. Mr. Gerhart Rall, Mr. Hainbuch’s son-in-law, came on board to help Mr. Hainbuch run the company. And he was active in the first development of the quick-change collet system, which is probably the most impressive thing that Hainbuch has done. They were the ones who invented it. They started out small, and now we have close to 800 employees worldwide. They started selling in the USA, imported by one of our competitors. In 1997, they were imported by Herald Welge, and it was called Hainbuch Welge back then. And in 2006 we became Hainbuch America. The big thing is we have a lot of innovations and have done a lot of unique things that other builders have not. And what they have now are modular type systems.

What products and services does Hainbuch offer the gear industry?

We offer a full variety of both OD and ID workholdings for both manual and automated for production to low volume going from around 16 millimeters on up in the gear industry. There’s really no ceiling on it, but pretty much in the 10- to 12-inch range.

How do you work with gear customers when providing them with a product/solution to fit their needs?

I need to know what the customer wants to do. He’s going to show me a print, the clamping diameter, and we’ll want to know what they want us to do. I’m going to ask him if he’s doing it manually or, if he has a machine already, what type of actuation the machine has, because some machines have hydraulic and some have mechanical actuation on it. And from there, I’d want to know what the accuracies are: if it’s a grinding or hobbing or shaping or whatever it may be, and what type of tolerance — the tolerance is quite important to understand. Those are some of the key things I would ask. And then we go from there. And whether it’s going to be production or low volume, because if it’s a low volume one, they might want to look at being able to change over fairly quickly without having to indicate anything in. And we have products that enhance our mandrels to allow you to go from one mandrel to the next very quickly. And that’s called the centroteX.

How has workholding evolved through the years? What advancements in workholding technology do you offer?

In some cases it hasn’t evolved at all; you still see shops using what I call “MacGyver” fixtures — meaning whatever they have on the shelf to hold the thing down. It could bolt; it could be some washers; it could be a clamp of some sort. Because a lot of times they have two or three pieces, and they’re not going to go out and buy an expensive fixture for that. One of the things that recently Hainbuch has done is try to promote a job shop gear mandrel. That would be similar to our turning mandrels, only it would have a longer taper, and it would allow customers to have that clearance for either their hob or their grinding wheel. We offer a size 0 through 4, which covers a range of 20 mm up to about 120 mm in five different steps. What it does do for a customer is it allows him to get off-the-shelf bushings end stops and allows him to quickly tool up a job. If they buy the 2 or 3 mandrels for the range that they might be doing and seeing if they are off the shelf, then it allows them to react quicker to their customers. 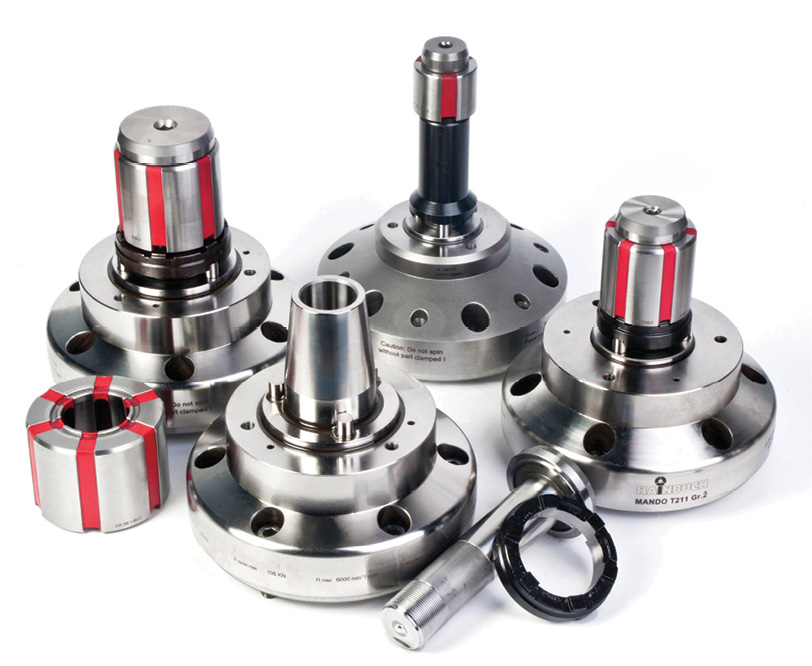 Basically, we have solid steel pads. What we do is we take a round piece of steel, do our machining on it, and then we slice it. And then we put vulcanization in between there. And the first patent we had was the vulcanization adhering to steel. That was really the original patent for the quick-change collet and now the bushing. And these pads, when they get expanded, they’re parallel because they don’t have the spring steel type collet where it’s all really one piece with just slots in there. But with this one, it’s free, so each segment has its own flexibility. There’s no heel-toe type clamping. So we get more grip force. And the vulcanization between the pads is what does the dampening.

What does a modular system do?

The modular system is the ability we have, where you can take an OD collet and do a job and then within two minutes, change over to an ID mandrel or a three-jaw chuck using the same base chuck. But quickly we locate with our centrex when we have less than 5-micron repeatability from one fixture to the other. And whatever the job might be, if you have a six-inch part or a two-inch part or an ID part, it allows you to be able to quickly change over and do the job and get it out the door. And the other thing about the modular, not so much in the gear industry for actual gear shaping or hobbing, but to make the blanks, it allows you to be able to change over from one diameter to the next diameter very quickly in the turning part of it.

What kind of demands or requirements for gear workholding do you hear from customers? How do you meet those?

The biggest demand is obviously they want something that is rigid, something that also has enough expansion so if they do want to automate, they have enough where the retracted bushing will allow them to put the gear on with a robot. And, again, they want consistency in their production. And I guess the biggest issue with all people is that they would like to do smaller IDs and unfortunately, there’s no real good way to do that, and I guess that’s still a problem with everyone. When you expand the taper to give you clearance for a hob or grinding wheel with those small diameters, it’s very difficult because it’s only so big, so it’s going to move on you. When you get down into the 10 mm area, it’s a little more difficult to give clearance and maintain rigidity. We do offer it for the turning machines, where we go down to 8 mm. But that’s a shorter taper, and unfortunately, you can’t get a hob in there. Being in the Detroit area and the automotive industry where there’s a lot of pinions and small gears, most of the gears are 16 mm and up, which aren’t too bad.  We can handle those, but anything below 16 mm is little difficult for us and for everybody.

How do you help customers decide what kind of workholding to choose? Automated versus manual versus hydraulic? Size of parts being held? Suitability to gear machines?

They kind of lead me; I have to question them: What’s the machine? What’s the part look like? What’s the size? How does your machine actuate? If it’s hydraulic, we have to do a conversion. And what we’ll do is make a base plate that converts from hydraulic to mechanical. If it’s just mechanical, we just have a flange, and it draws to the adapter. That’s quick and easy. And we ask them what kind of accuracies they’re looking for, and are they going to load with a robot. We always need to know just about everything, like the window size to make sure the fixture size is not too high and not too low. And also do they want to share this workholding with another machine — could be for a hobbing machine, shaper or gear grinder — because you also have to plant the seed for the future. Our stuff is pretty interchangeable. It doesn’t matter if it’s hydraulic, mechanical, or manual; we can kind of work around it. The actual mandrel itself is going to pretty much stay the same; it’s what we put underneath it to make it actuate.

What’s in the future for your company? New developments, products, technology?

In the past couple of years, instead of a round tapered mandrel, they’ve come out with what we call our Toplus mandrel, which is a hexagon. It gives more stability for certain applications. There are many in the automotive industry, and obviously in the auto industry, the faster they can make parts reduces their cost. And so I’ve noticed we’re selling a lot more to Europe, and we’re selling a lot more of these Toplus type mandrels for different applications. 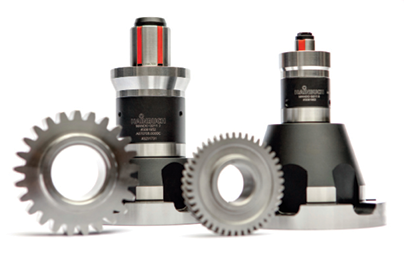 What will you be showcasing at your Gear Expo booth?

We will be showcasing what we call our 213, which has been our staple for many years, and what we sell for mainly high production. And also we’ll really be pushing our G211. I call it the job shop gear mandrel, mainly because it’s off the shelf.

We’re going to be showing how people can change over quickly. We’re going to show some different actuations to give people a little better picture of the versatility of it. Mainly what we call our centroteX, our quick-change system, which allows us not only to change out our workholding, but if they have existing workholding, we can adapt that also, so if they have something special, maybe some kind of fixture that they’ve made that they use once a month, or a few times a year. They want to be able to load it on the machine quickly and not have to indicate anything in. Obviously people are looking for ways to reduce setup time, but also, because the talent isn’t as prevalent as it used to be, they’re making sure it’s easier for unskilled people to do setups. In other words, not always having to have a setup guy there for everything.

In gear with metrology