With its massive customer base, it’s not unusual for one to contact Mitsubishi Heavy Industries Machine Tool with an immediate machine need, a need that the company is able to meet time after time.

“An existing customer will call and say, ‘Hey, have you still got that GD-30 in stock?’ Yeah. ‘Ship it to me next week.’ That kind of occurrence is very frequent,” said Tom Kelly, senior vice president at MHI Machine Tool. “We could have seen the guy three weeks ago, and he wasn’t in the market for anything. Things change so quickly. We have to be able to adapt and be able to respond quickly.”

That kind of adaptability is essential with the diverse lineup of products MHI Machine Tool offers globally, according to Kelly.

“We’ve got hundreds of customers,” Kelly said. “We’re the king of the job shops. One of the main reasons why we get so much of that job shop business is because these small first-tier, second-tier-type suppliers, they get a job, and all of a sudden, they need a machine, and they need a machine tomorrow. I know some of our competitors may have a stock machine or two in their inventory, but we normally stock 15 to 20, so we’re able to make quick deliveries and occasionally in turnkey packages. A lot of times being able to project who we’re going to sell to just comes out of the blue.”

MHI Machine tool has a long history as the machine tool supplier to other divisions of Mitsubishi Heavy Industries and as such, offers a wide variety of products, according to Kelly, which is the reason the company considers itself the maker of “mother machines.”

“Most of the other divisions need to have fabrications such as machines or gearboxes built,” he said. “Basically, we make the machines that make other machines. It’s like a mother giving birth to others. It’s translated from Japanese to English, but the company has used that terminology for years.”

As a producer of both machine tools and cutting tools, MHI Machine Tool is continuously challenged with each product line to build products with increased productivity and accuracy, according to Kelly.

“For example, we have a small customer base who builds small module strain wave gears and other precision reduction gears for robots,” he said. “Given the increased demand in this market, we have recently developed the ‘FR Series’ of gear-hobbing and shaping machines.”

Kelly emphasized that turnkey development of new products is a cornerstone of MHI Machine Tool’s philosophy of focusing on the future while being attentive to its customers’ needs and industry trends.

“If somebody has an idea, and they want to develop a new technology, the first thing that upper management is going to ask is, ‘How many of these machines are you going to sell? When are we going to get a return on our investment?’” he said. “That’s always on the business end of things. We do have customers that we are very, very close to. For instance, what put us on the map in a serious way was developing automotive production-type gear grinders 15-20 years ago.”

A large Japanese manufacture that was very limited in getting gear grinders quickly from one of its suppliers came to MHI wanting to develop a new production gear grinder, according to Kelly.

“At that point in time, it made sense,” he said. “We’ve built hundreds of machines since then, and they’re getting pretty well-respected out there in the industry now, where, 20 years ago, we didn’t really have much that you’d be able to pay too much attention to.”

MHI Machine Tool’s product lines have evolved over the years, according to Kelly.

“In the past, we, just like everybody else, had a honing machine,” he said. “We decided we weren’t moving enough honing machines, and so we let the other guys fill that market. Long ago, we quit making turning machines. We quit making commodity-type machining centers, verticals and horizontals. We’ve stuck with the larger platform products, large boring mills, gantry mills, and portal mills. We do have tiny mills — very, very high speed, micro machine-type platforms for machining carbide, and electrodes, and probes and other similar products. We’ve targeted niche high-value markets.”

During Kelly’s time at MHI, MHI was the first company to introduce a CNC gear shaper in the mid-1990s that used CNC controls to generate helical gears rather than the traditional fixed lead guide.

“In 1996-97, MHI broke all of the traditional rules and introduced a high-speed steel hob cutter with our proprietary ‘SuperDry’ coating capable of cutting without coolant and with productivity similar to that of carbide,” he said.

MHI Machine Tool’s engineering teams often meet with customers to review and discuss manufacturing challenges, according to Kelly. With a broad base of knowledge and experience working with customers worldwide, some challenges are easily overcome using technology that already exists. Other times, newly designed processes and equipment may be required.

In 1995, Kelly challenged MHI’s engineers to look at automotive pinion gear production in order to design a combined machine that would be more productive than any gear cell known at the time. The company looked at the process of hob-chamfer/deburr-finish roll that was traditionally done on three separate machines. The result was an inline transfer machine called the GT06R that produced a pinion every 10 seconds.

That ingenuity is a testament to the huge library of machines MHI Machine Tool has designed and built over the years, according to Kelly.

“As a result, some products will disappear pretty quickly; others are just such great machines that they run and run and run,” he said. “Every once in a while, we might do a design update on them, but they are just so reliable. When you have a general manager — who aggressively drives a business philosophy — they’ll bring guys in from other divisions, and they’ll take the helm for five or six years. We had this one manager in the ’90s, and he pushed the design teams and had them working around the clock, building new things. The GTO6R gear center from concept to final build was less than a year. I traveled to Japan three different times to meet with the design team on that. We had it on the floor at IMTS. Everybody’s head was just spinning after that. Things like that can happen.”

An important part of a larger whole

MHI Machine Tool is part of the larger conglomerate of Mitsubishi Heavy Industries Group (MHI), which is involved in a wide variety of industries that includes energy, aircraft, space, ship and ocean, transportation, material handling, environment, automotive, industrial machinery, infrastructure, living and leisure, defense, and engineering. MHI Machine Tool first started with the production of lathes in 1939. Since then, the company’s products have been used to produce other divisions’ (and outside customers’) products. MHI has been present in the U.S. since the early 1970s and has supplied thousands of machining centers, large boring mills, gantry and portal style mills, cylindrical grinders, turning machines, and gear cutting machines.

In serving the industry, Kelly points out that MHI Machine Tool has a loyal customer base.

“We’ve developed, particularly here in North America, a reputation of legendary reliability,” he said. “That’s one of our key phrases. We use it in our advertising a lot, and that’s not just for the machine tools that tend to run and run and run. We have customers say, ‘We’ve had this machine in here for 12 years, and we haven’t had a single service call on it yet.’ If we have a minor error come up on CNC control, you just give the service department a call, and it’s fixed five minutes later. We really pride ourselves on being quickly responsive.”

As MHI Machine Tool continues to serve its customers with a finger on the pulse of innovative developments, Kelly said the company is looking at emerging technologies such as additive manufacturing.

“Additive manufacturing may become feasible for high production in the future, so MHI has been working to perfect our Directed Energy Deposition AM System (LAMDA Series),” he said. “With access to joint research with other MHI group companies, we will keep our eyes open and try to stay ahead of industry needs.”

And some other new products manufactured by MHI Machine Tool aren’t marketed in North America, but are available in the Japanese market, according to Kelly.

Other technologies, such as factory automation and the making of gas turbines, continue to push MHI Machine Tool forward.

In addition to the company’s established collaborations, MHI Machine Tool also has worked with universities and various aircraft manufacturers in order to increase speed and precision with its products, according to Kelly.

“We can’t just rest upon our laurels,” he said. “We have to continuously look at the future and develop new products, kind of like this metal-printing machine, the direct energy deposition, additive manufacturing system. We’re looking at doing things like that. Of course, we’re trying to stay on top of the gear-processing equipment. We’re always trying to stay one step ahead and keep an eye on where the industry is going.” 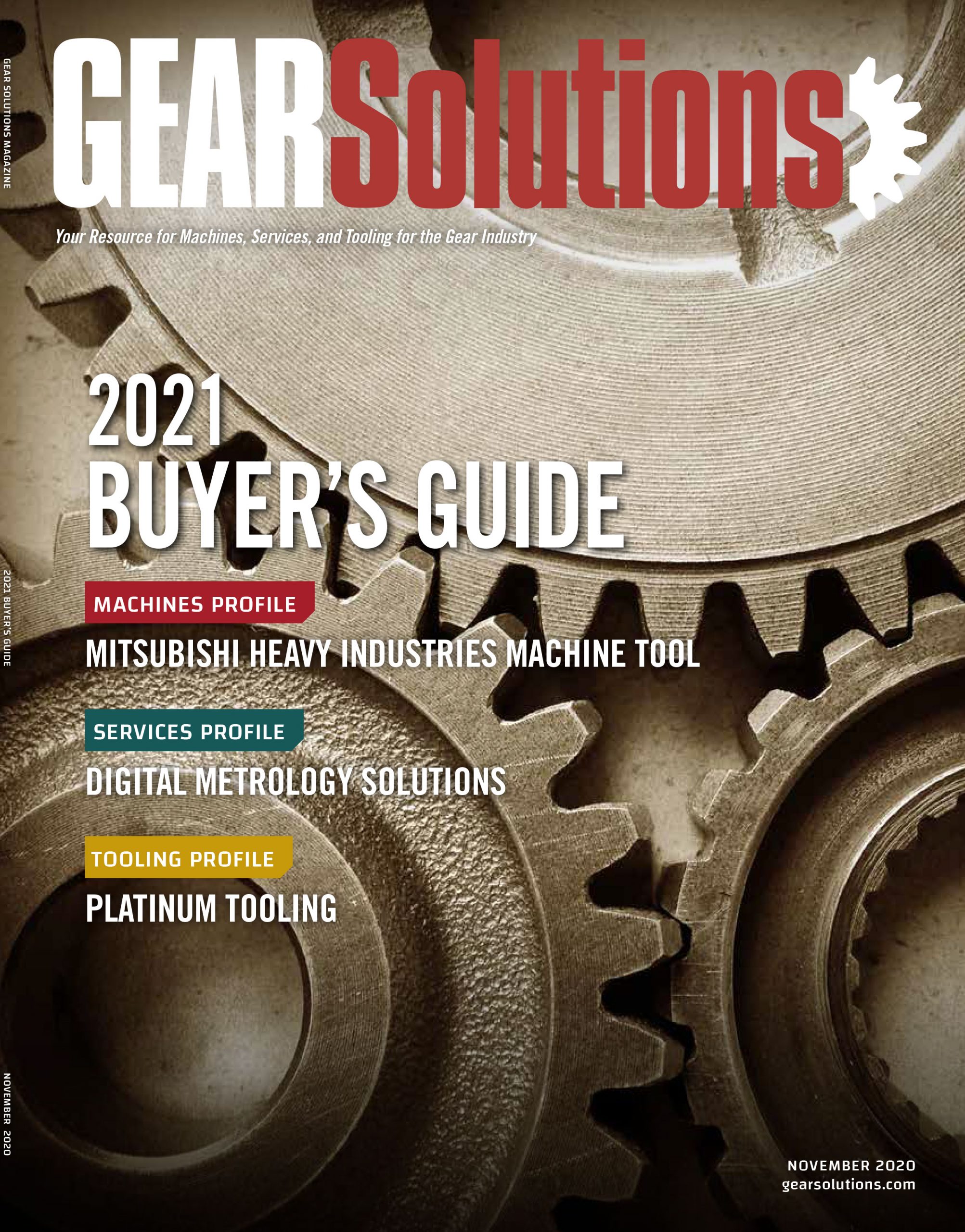