We pride ourselves on our ingenuity in workholding, cutting tool applications, and process development. Our engineers utilize state-of-the-art tools and equipment to produce large parts with consistently high quality, specializing in the 1- to 3.5-meter size range.” 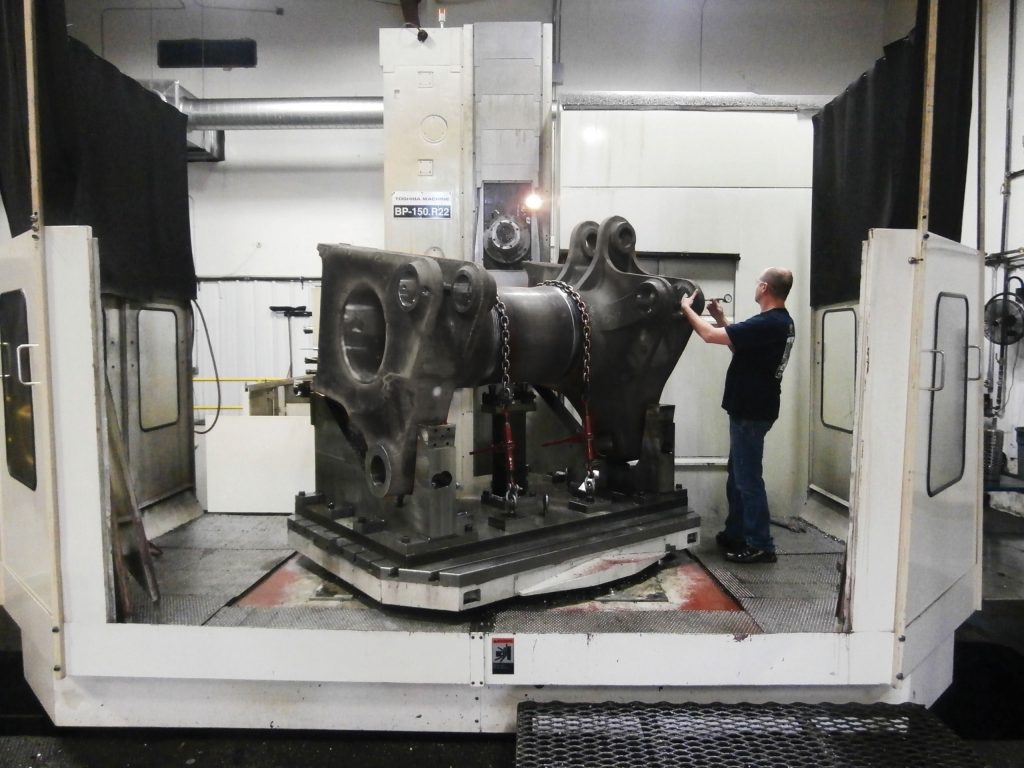 About five years ago, the Springfield, IL-based ISO 9001:2008-registered company began an aggressive expansion in its gear manufacturing capabilities, opening the door to new industries and creating business to further compliment the general machining side of the business. Around that time, RMC was presented with an opportunity to cut some large course pitch internal ring gears for a customer. No longer low-precision gear splines, as had been standard practice for many years prior, these were physical rolling gear components with tight gear quality specifications.

RMC had been cutting gear splines for nearly 20 years, but it was more of a side-operation, not fully integrated with the rest of the shop. “The old gear room was referred to as the ‘black hole’ of the company,” says John Richardson Jr., gear department manager and engineer. “Parts needing splines would go past the curtains of the ‘gear room’, then magically come back out splined which the couple gear machinists would figure out how to cut.”

Bob Richardson, company vice president, says customer requirements drove RMC into the gear market. “It was more of a business decision and realization that there was an opportunity to generate new business and better serve RMC’s current customers. We have these large hobbing and shaping machines, but RMC was far from utilizing them to their full potential, not knowing how hard we could push the machines in terms of quality of gears and customer service. Our thinking was, ‘If we expand into this, we could create some new opportunities with new customers, industries, and types of components we can produce.’ We’ve been cutting splines for years, so we already had a taste for gear cutting.”

This is what triggered the expansion into gear production, which started with the investment in a gear checking CMM. “When it came to cutting these new ring gears, we originally didn’t have the right gear checking equipment to qualify them for the customer,” John Richardson says. “We would get a machine set up, cut the first gear, outsource the gear inspection, then within two days would have the results to continue production on that setup. We struggled with this for a while and had a lot of machine downtime, but once our gear inspection machine was installed, this tremendous bottleneck was eliminated. The customer who gave us this gear job helped us grow our knowledge and understanding of gears to the point where we felt comfortable saying, ‘We’re a gear shop.’ We understand how to cut them, interpret gear charts, troubleshoot issues, as well as fully understanding our machines, processes, and how to achieve the required quality standards for these parts.”

The transition into the gear market required an expansion in CNC hobbing, shaping, and gashing capabilities, as well as acquiring the necessary CMM gear inspection equipment. In addition to this, an immense amount of investment in training was pursued in order to gain the experience and expertise to produce precision gears for their customers. Joining the AGMA proved to play an important role in this as they had access to some great training opportunities and were able to connect with many invaluable industry experts and professionals to guide RMC along the way. 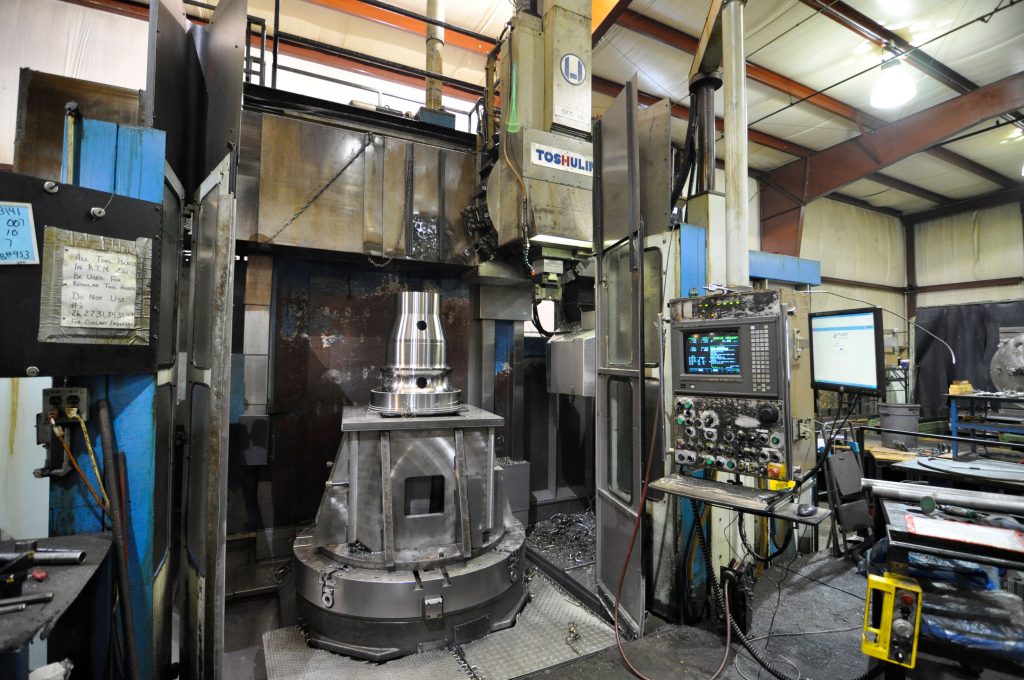 In 2011, RMC built an expansion onto the facility where they consolidated and moved all of their gear equipment under one roof and more than doubled their capacity in gear cutting equipment. The upgraded equipment, along with utilizing better tool grades and processing techniques, have resulted in anywhere from 40-70% cycle time reductions on many of the parts that were run before the expansion. “We are always seeking new and innovative ways to process parts while maximizing quality and throughput,” says John Richardson. “A recent example of this includes cutting a precise square tooth form on a thin ring gear that we cut by using a waterjet machine, as it had some major issues being cut on a machining center due to its complex geometry. We’ve also been doing a lot of experimenting with spline milling, and are pushing the limits of our tooling suppliers. We’ve been able to achieve up to class 11 (AGMA 2000) quality gears using some very customized and high precision carbide inserted tools. As technology evolves, it is important to stay ahead of the curve, which sometimes involves a lot of investment in trying out new things and experimenting in order to fully understand your capabilities. It keeps us ahead of the competition.”

RMC’s skilled group of engineers and machinists are constantly working with new technologies in regards to cutting tools and insert grades to cut a range of materials—from extremely hard cast armor steel and large open die forgings to titanium. They’ve recently been heavily experimenting with gear milling and gashing operations and today are seeing great results in their efforts of continuous improvement in all areas of machining. 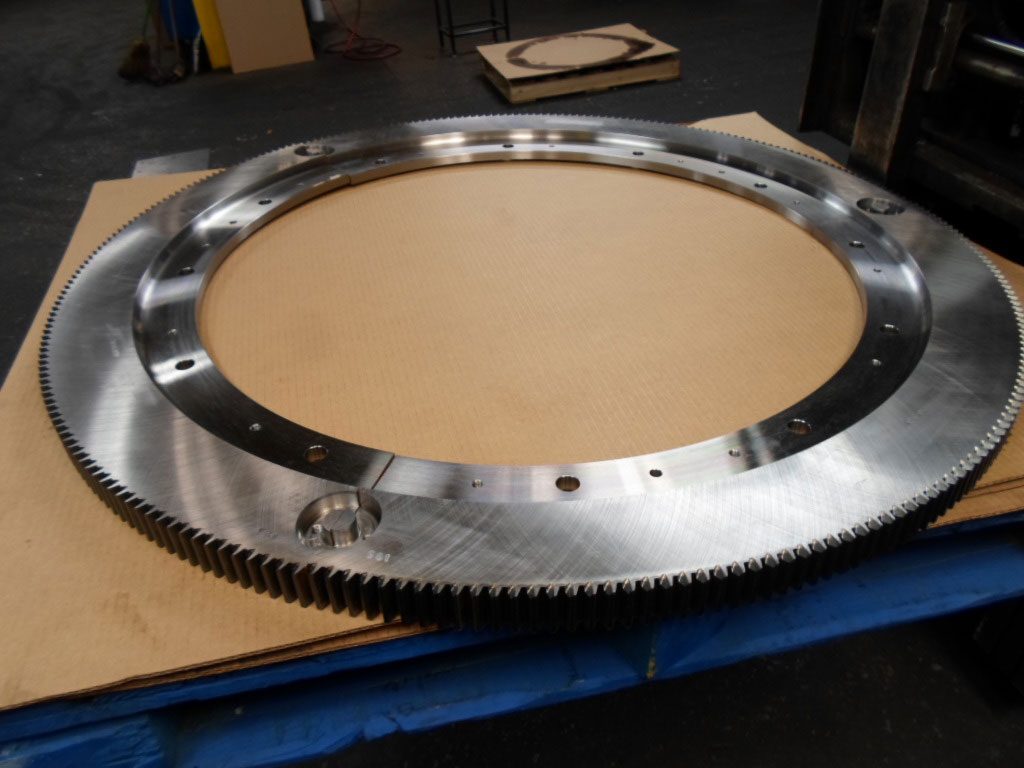 “Our services are three-fold,” says Bill Richardson. “Large component CNC machining, turning, and gear/spline cutting. The large vertical turning and horizontal milling is what we’ve done for years. We’ve done a lot of spline cutting over time, but the ultimate goal was to put RMC on the map as a true gear manufacturer. We want to change the paradigm that we are the large component machine shop that can also cut your gear splines, too. Rather, we’re the gear shop that can do all of the pre- and post-machining of your parts, branching out into a new market segment that we’ve never sought out before. We want to be a one-stop shop for these large components up to 3.5 meters, and the growth in the gear department compliments this entirely. To do this, we’ve invested heavily in R&D, personell,  capital equipment, and are working our way there.”

One of the most recent additions of their gear cutting capacity includes a new 2400 size hobber/gasher machine, ideal for everything from large ring gears to tall shafts. This gives RMC the capability to perform external gear hobbing, milling, and gashing of spur and helical gears up to 2 meters in diameter. Configured with an internal gashing head, this machine is versatile in that it can also perform internal gashing operations on parts up to 2.4 meters in diameter. RMC has also increased its milling capacity with horizontal boring milling centers that have travel of 4000 x 3000 x 1200mm in X, Y, and Z, respectively. Lastly, their turning capacity has been upgraded to accommodate up to a 3-meter swing with max height of 2.7 meter. Several machines utilize pallet changers in order to maximize spindle time, decrease setup time while other parts are being run on the other pallet, and even have a machine set up on more than one part at the same time. RMC also utilizes portable CMM devices to perform on-machine inspections, where applicable, to aid in quicker results when qualifying machine setups on the production floor.

One look at the staff names will show a lot of “Richardson’s,”—it’s definitely a family business.

“We’ve always been a family-owned enterprise,” says Bob Richardson. “It was founded by W.L. Richardson and run by three of his sons for many years. The company officially started in the early 1930s as the Richardson Dairy, distributing Richardson milk around the local area, and was located on the same plot of land that the plant now occupies. In 1946, RMC made the transition from the production side of the dairy business to the manufacturing business, and the rest is history.” 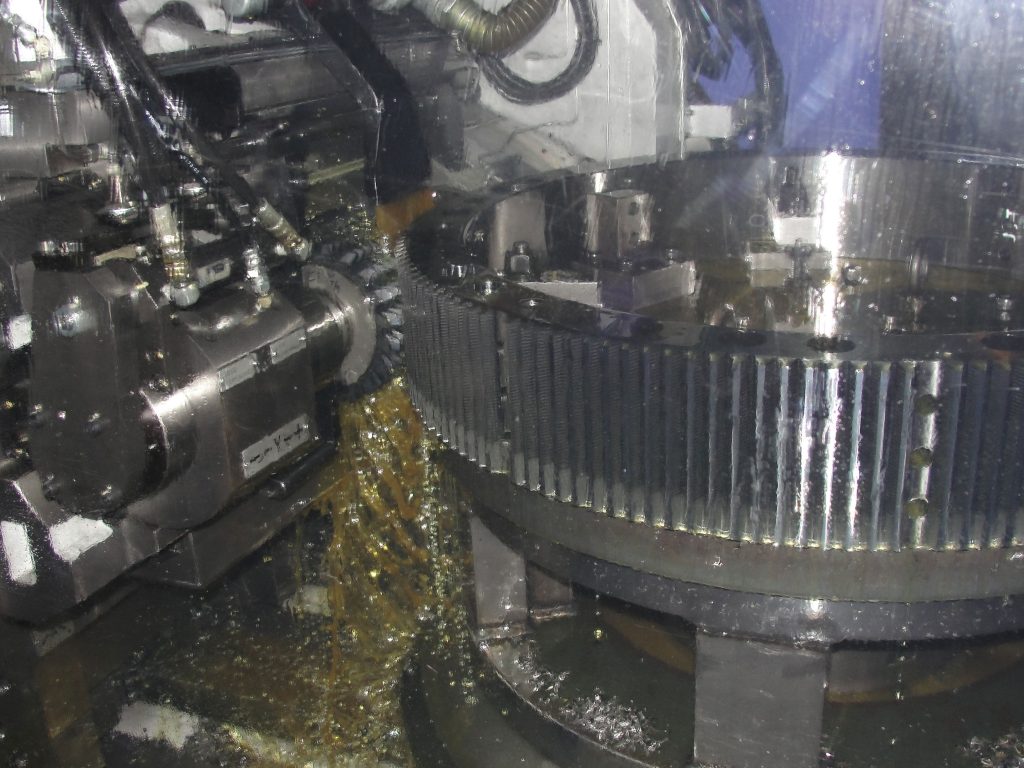 The third generations of Richardson’s is now operating the business and are moving full force to continue to grow and diversify the company. Not only has RMC been ramping up their machining capacities and capabilities, but they’ve been making some large strides in improving the quality management system as RMC officially achieved ISO 9001:2008 certification toward the end of 2013. “As business becomes more diverse, so are the OEM requirement as we work with new customers in different industries” says Bill Richardson. RMC is now on a push to obtain the AS9001 as well as the API certification by the end of 2014, as is required to work with these customers. They will also be upgrading their capabilities to include a NDT division of the quality department as well as purchasing ARC cladding equipment to support customer needs. “We work closely with our customers and are willing to invest in the company to better serve their needs and requirements.”

Their facility today has grown to about 130,000 square feet under roof, divided into separate buildings because of their continued growth over the years. The facility boasts over 55 large machine tools and specializes in the production of large components up to 3.5 meters.

To learn more about Richardson Manufacturing’s products and services, visit them online at www.rmc-bigcnc.com or call (217) 546-2249.