From an innovative machine builder in the 1940s to a leader in deburring machines, Redin Production Machine looks toward continued opportunities to provide its customers with customized solutions.

Based in Rockford, Illinois, Redin Production Machine was started in 1938 as an engineering firm by Cliffton Redin and his father to design labor-saving production machines. In its early days, the company became recognized as an innovative builder of these special-purpose machines. In 1948, Redin patented a machine that improved parquet flooring by placing a spine in the underside to hold the blocks together. Other early innovations included a machine that took a roll of steel wool and produced small pads (like Brillo pads), as well as a bed post pinning machine that was useful during that time when the side rails on beds fastened to the headboards with pegs. Redin also designed a munitions stamping machine for marking ordinance during the Korean War, plus a banana de-handing machine sold to United Fruit Company (now Chiquita), which took a full stalk of bananas and processed it so that the bananas came off in the clumps that you see in stores today. 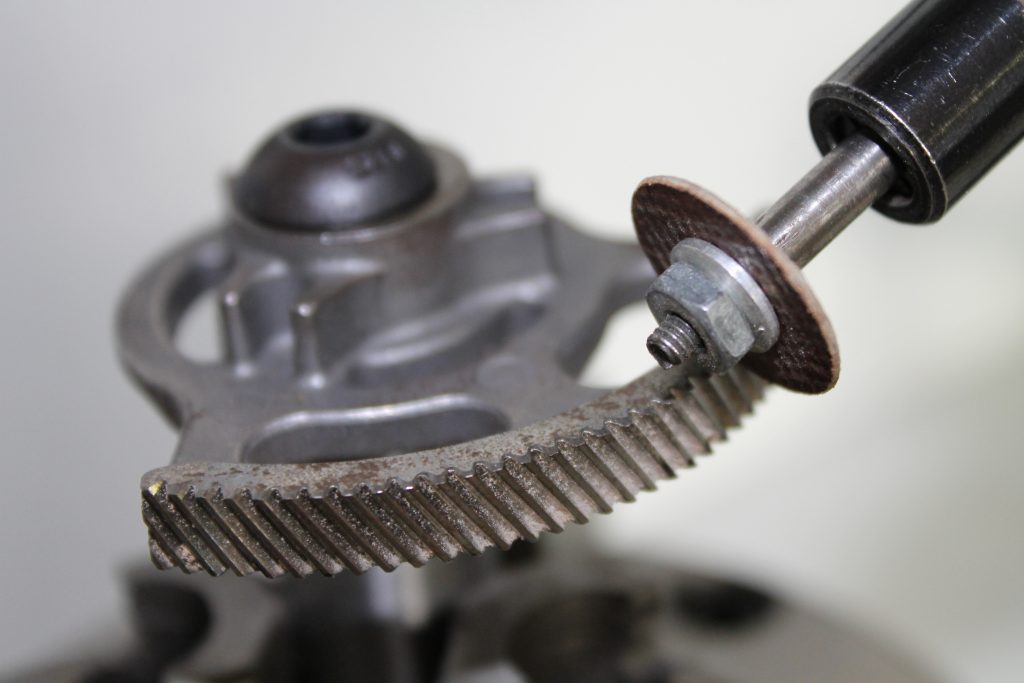 In 1956, Redin’s first gear deburring machine was designed, built, and shipped to Rockford Clutch, now GKN Powertrain. By 1963, Redin had added an additional four models and shipped over 100 machines. Today, the company has built more than 1,000 machines from the 1960s models and shipped to customers worldwide. Redin’s standard machines can handle fine pitch gears of one-half inch in diameter to gears up to 72 inches in diameter; however, most of its machines are built to customers’ needs.

In 1970, Redin designed and built the first back spotfacing machine and shipped to Caterpillar in Peoria, Illinois. Engineers from Redin realized a need existed for the spotfacing of holes for workpieces with obstructive design characteristics above the surface to be spotfaced. Redin designed a special driver bar that would allow automatic feed as well as automatic unloading of the tool at the end of the feed stroke. This innovation started a product line of back spotfacers, which has been redesigned to incorporate Redin’s quick-change arbor and servo drives.

In 1989, Redin’s first facing and centering machine was also built for Caterpillar and is still in use today. In 1991, Redin built its first CNC deburring machine.

Redin’s current facility in Rockford is the same building that the company built in 1949. Over the decades, Redin has added to it twice — it now has over 13,000 square feet, allowing Redin to serve its customers worldwide. Recent international sales have been in Canada, Mexico, the Philippines, Turkey, India, and England. The company provides machines to the automotive, aerospace, off-highway, heavy lift, and wind energy industries, the tier one and tier two suppliers to these industries, as well as small gear suppliers.

In addition to deburring machines, Redin also offers conveyor systems, pick and place, or robotic load and unload solutions. It also stocks hundreds of grinding wheels in various diameters and grit, as well as spare parts. 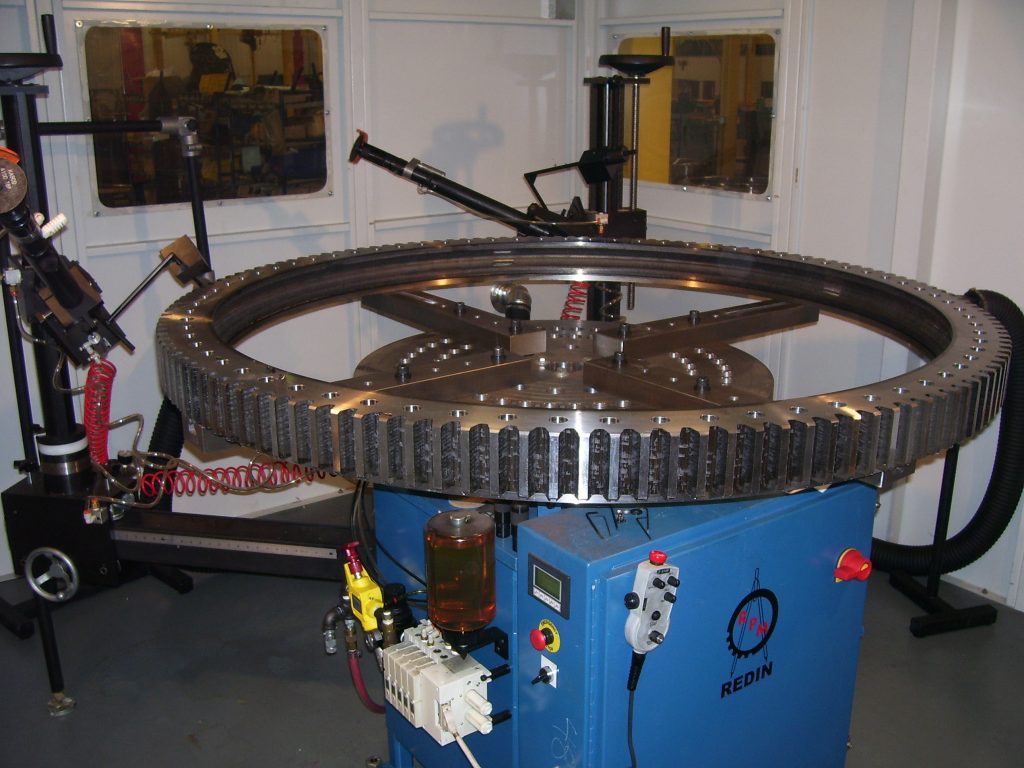 “We can integrate a wash system along with the deburring to eliminate a step or process in the production of the gears,” said John Konopa, president of Redin. “We are constantly looking at new workholding devices and media to make the process better.”

Redin recently became a Fanuc Authorized Integrator, which has opened up new opportunities for the company to better serve its customers with customized solutions.

“We had an automotive supplier with a burr in an internal snap ring groove, which was going to need a custom solution,” Konopa said. “We solved it with a Fanuc robot and a custom deburring disc to remove the burr. The robot does double-duty by picking the part from a conveyor, loading it onto the spindle, and then uses an air motor to deburr the part.”

A video showing this process can be found on YouTube by searching “snap ring groove deburring” posted on Redin’s as well as Fanuc’s YouTube channel. 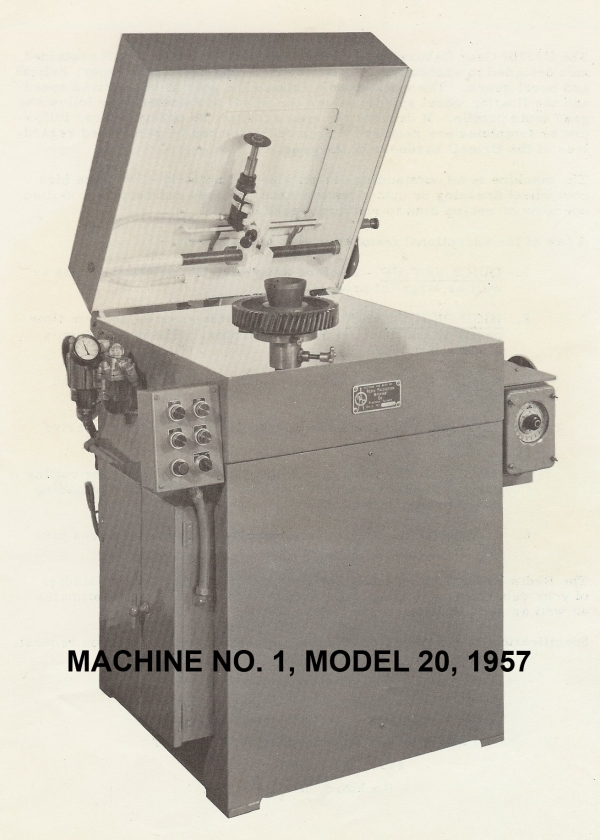 Redin also provided a custom solution for another automotive transmission manufacturer that changed its gear design, which produced an internal burr in addition to the two areas already being deburred.

“The challenge was to incorporate the additional deburring head into the same machine since this was in an assembly line and the footprint could not change,” Konopa said. “It also had to be retrofit on their floor with minimal downtime. With some innovative design and mechanical linkages, we were able to squeeze it in, adding only one pneumatic cylinder and minor PLC logic changes.” 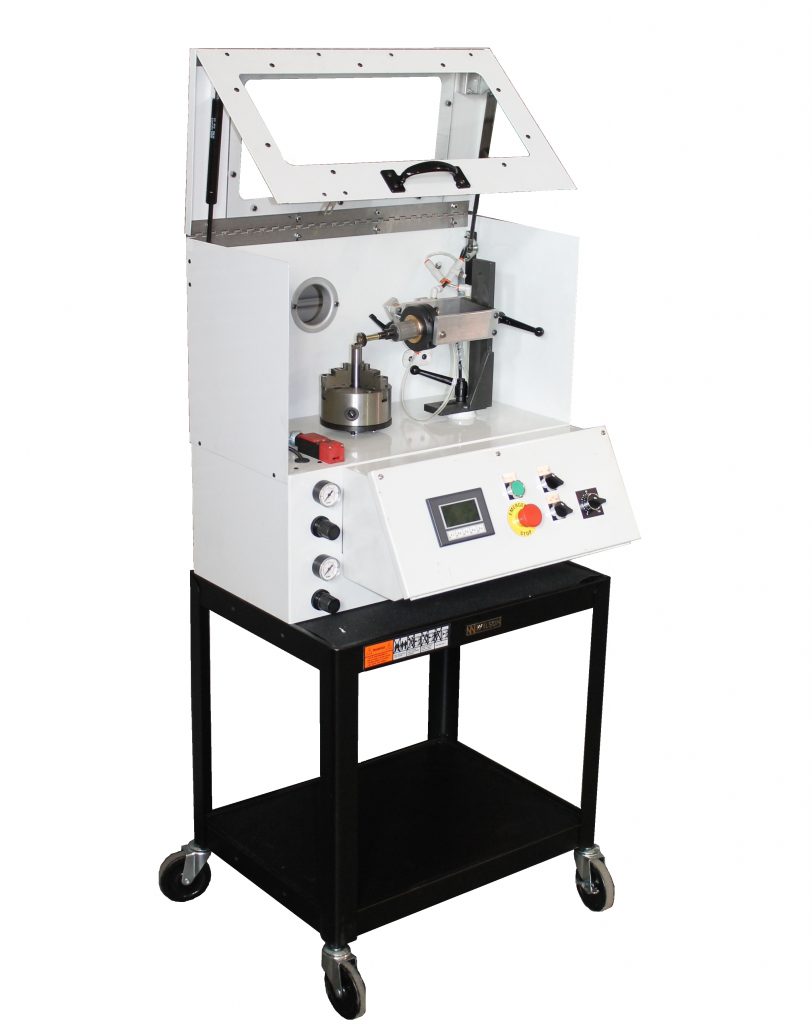 Redin works closely with its customers to provide them with the right machine that will best fit their needs.

“Sure, a stock machine will do the job, but we always find some way to tweak it for the customer,” Konopa said. “We work with the floor space available and customize the machine envelope if necessary. If the customer has a preferred vendor for components, we are flexible and will follow that.”

Konopa says that the company’s design team often uses its customers’ products in Redin machines. For example, they would use Hub City Inc. gearboxes in a machine built and shipped to Hub City Inc. 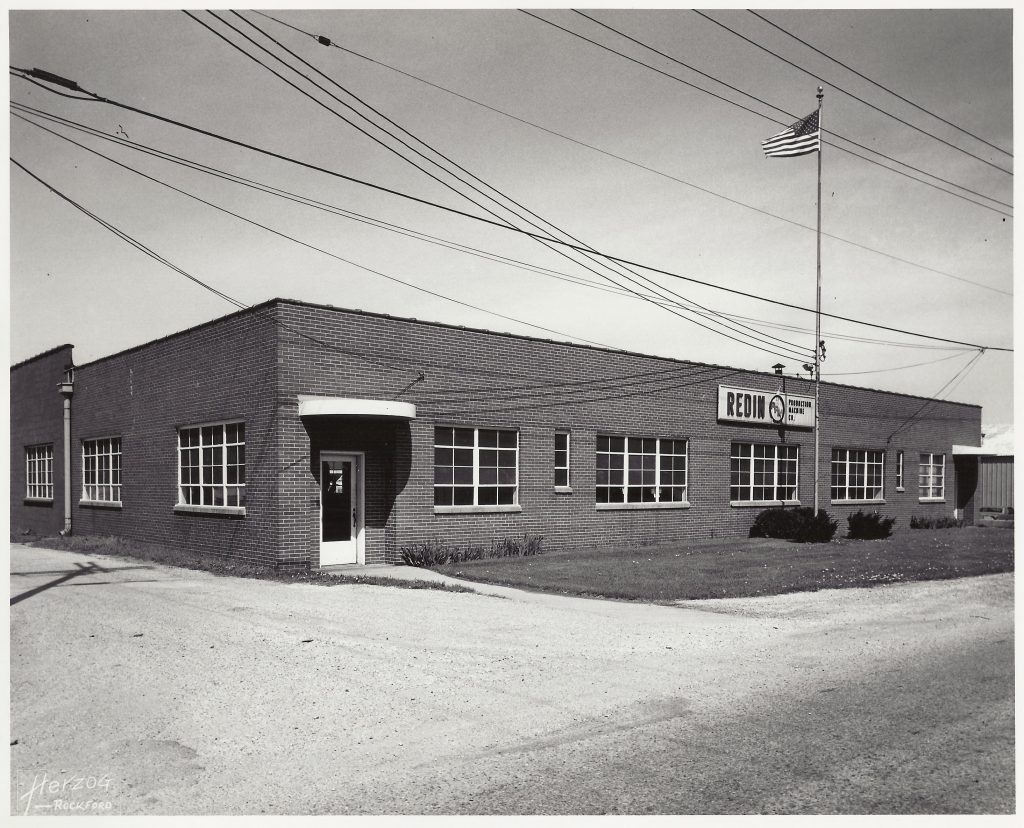 As with many companies in the industry, Redin also sees first-hand the ever-increasing challenges of new changes in the geometry and tolerance demands in gear train designs. According to Konopa, these challenges require Redin to develop and adopt more reliable technology in cutting tools and mechanical systems, and Redin looks to the future for more advancements. Along with robotics, Redin has been working on a compact numerically controlled deburring machine for superb accuracy with operator ease-of-use as a major design criteria.

From the furniture industry in the 1940s to robotics and automation today, Redin is poised to continue serving its customers for another 70-plus years.