Riley Gear was founded in 1946 in Buffalo, New York, by Walter Riley and his son, Donald. They began with a mission of providing its customers with highly engineered small precision gears for applications that can withstand the harshest environments.

For example, in 1974, Riley Gear was chosen by NASA as the gear supplier on the Viking 1 Landing Vehicle, which was used for exploration on Mars from 1975 to 1980. The gear was for the antennae that pointed back to the radar on Earth, so precision and accuracy were obviously of utmost importance. Riley Gear was able to produce a gear that met NASA’s strict requirements and withstand severe cold and heat and little lubrication. 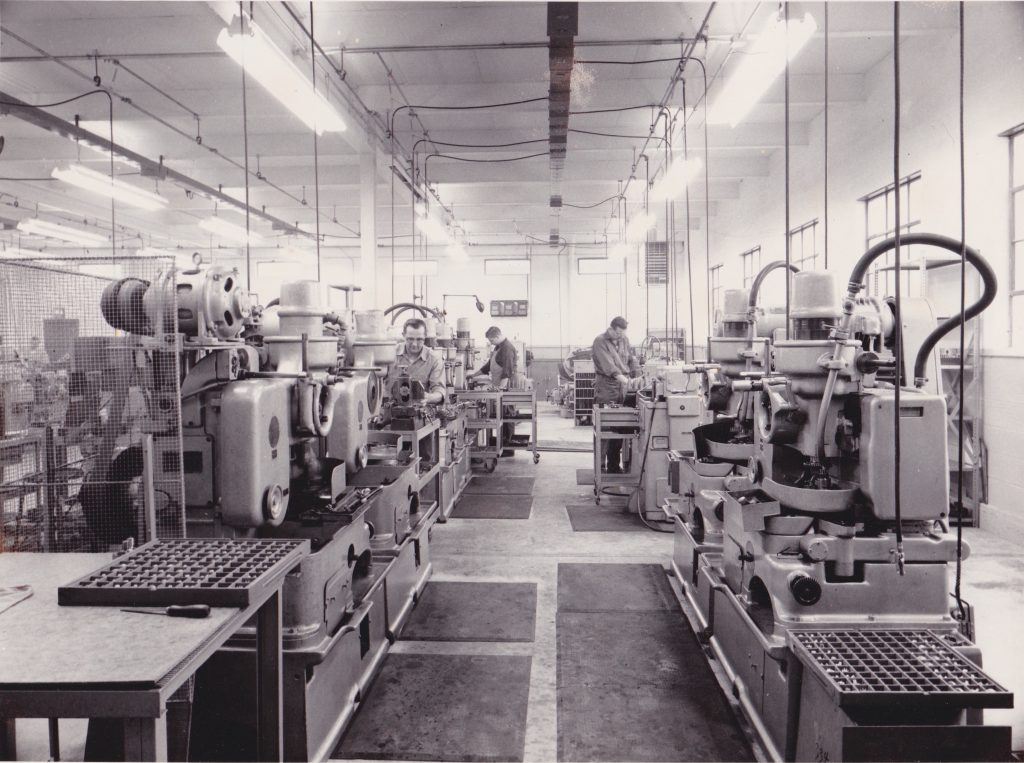 Today, Riley Gear has two facilities, one in North Tonawanda, New York, built in 1951, and its corporate headquarters in St. Augustine, Florida, which opened in 1988 to provide additional manufacturing capabilities and to better serve customers in the southeastern U.S. In 1990, the St. Augustine facility earned TS16949 automotive and ISO9001 non-automotive certifications, earned its ISO14001 environmental certification in 2005, and earned its AS9100 aerospace certification in 2010. The North Tonawanda facility received its ISO9001 non-automotive and AS9100 aerospace certifications in 2007.

Between the two fully equipped locations, Riley Gear has about 75 employees and operates over 95,000 combined square feet of manufacturing space, providing design consulting and engineering services to AGMA specification; reverse engineering; and prototype to production and production automation support to its customers mainly in the U.S., but overseas as well.

“Some of our customers have been with us for 35 to 40 years or more,” said Riley Gear’s president, Mike Menz, who was promoted from executive vice president to president in 2015. “With one of our customers, our relationship began as far back as the 1950s. A lot of their gear and shaft designs came out of our engineering department. They test and approve all parts, but we partner with them behind-the-blueprint. That’s worked out well for us.” 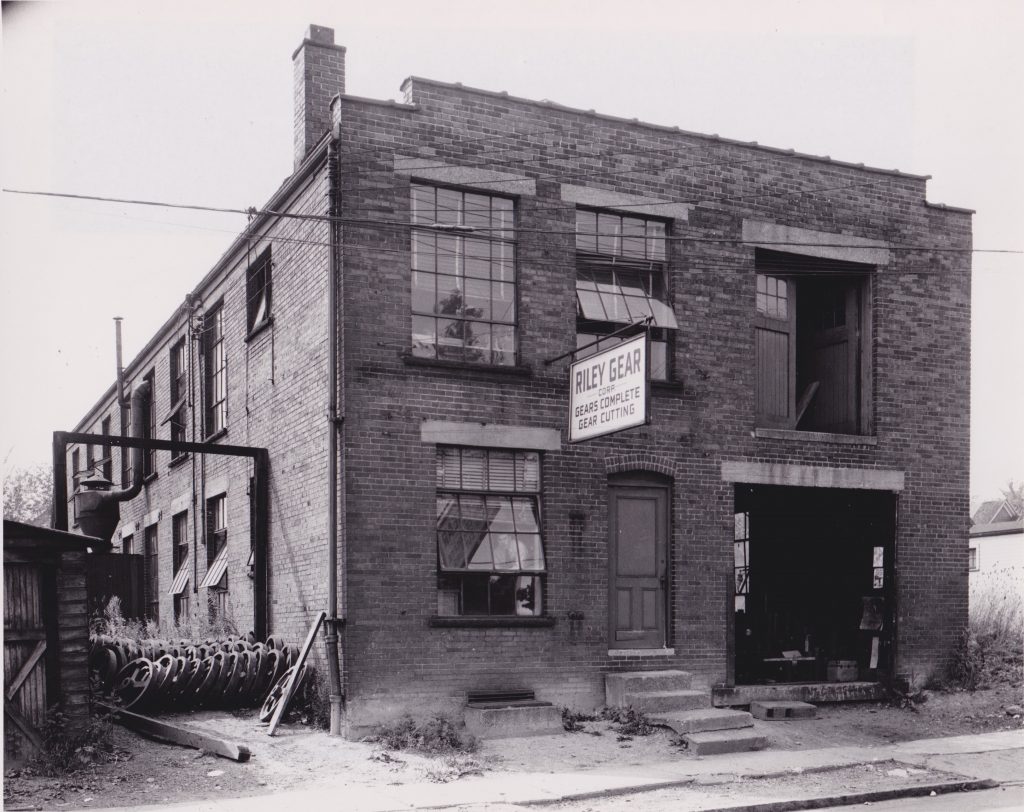 A strong collaboration is formed with the engineering team at Riley Gear, including Jim Talladay, senior gear engineer, and the customers’ engineering team in order to partner with them to meet their specific requirements. And Riley Gear’s quality management system provides assurance that all gears are manufactured to blueprint specifications. It is capable of producing gears from 0.25 to 50 inches in pitch diameter to AGMA Class Q15 or DIN 2 specifications.

“When a customer comes to us, first they give us a description of what they are looking for,” said Talladay. “Then we create models, ideas, all of the prints to go behind it, and then the parts. Sometimes they already have a design, and we work with them on that. Or it might be something that has been out there awhile, so we build to their prints.”

Whether it’s speed, power, noise, torque, or accuracy of motion, the team at Riley Gear works with the customers to find a solution to their gearing requirements.

“The outcome is a print, then the estimate to the customer, and it generally becomes an order,” Menz said.

The company produces gears for industries including automotive, defense, centrifugal compression, aerospace, construction, transportation, marine, mining, power generation, pumps, robotics, and machines tools. For one of its customers in the oil and gas industry, Riley Gear produces a tiny gearbox, like a watch box, that crawls down into the drilling holes. The gearbox must have the power to make it down and back, even going sideways at times. 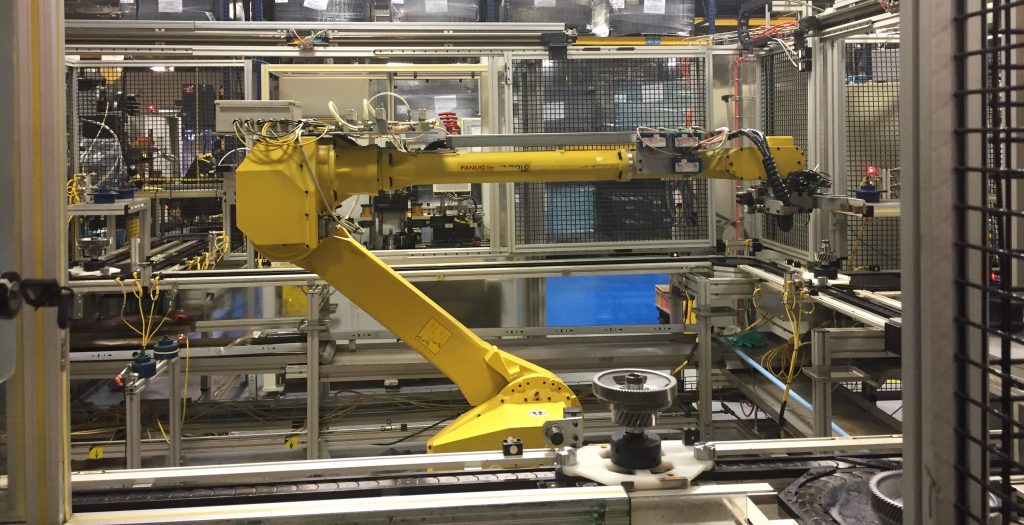 According to Menz, the industries that Riley Gear serves is a well-balanced mix, and the company is considering to tap into other industries as well, such as the paper industry, solar power, and even additive manufacturing. It has also turned its focus on gears for autonomous self-driving cars.

“Products change, energy changes, the automotive industry changes — with these changes, some doors close, but other doors open up for us,” said Menz. “We follow what’s happening, and it allows us to make new products and new customers. New automotive transmissions are more energy efficient, and all of those gears are ground because of strength, noise levels, flow of oil, and the pressure between the teeth. We embraced those changes and added additional gear grinding capacity. We’re grinding more gears than we ever have.” 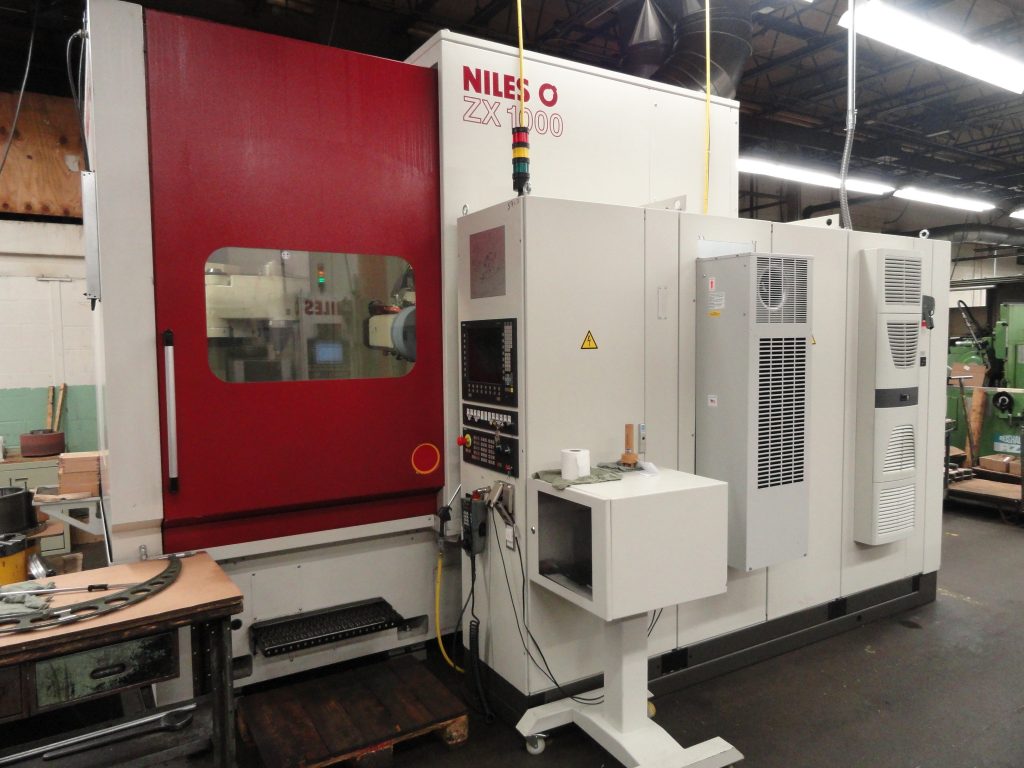 David Carroll, director of sales and marketing, added that he sees more opportunities in the transportation and defense industries as well.

“For somebody like us who covers a range of applications, we’ve been able to shift our focus away from markets that have dropped off to industries that are still strong,” said Carroll.

Riley Gear also embraces new technology and developments. For example, it started grinding powder metal gears a few years ago. Today, the company is involved in more powder metal applications as this technology is becoming more acceptable for automotive transmissions.

According to Carroll, what sets Riley Gear apart is that the company has the resources to handle both high-volume automation for automotive applications as well as low-volume production, such as one to five parts, prototypes, or one-offs, all incorporated under one roof. 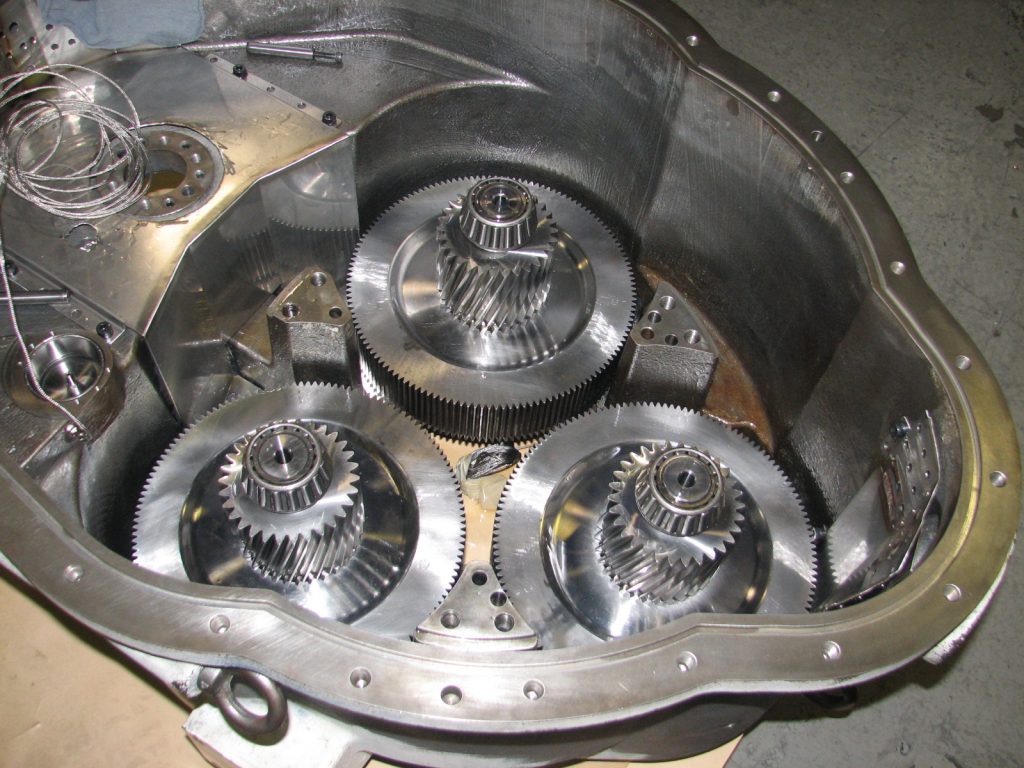 “Whether high volume or low volume, we treat it all the same,” said Carroll. “We are not a big company, but it’s unique to have all that in one gear company. The process that’s required for automotive standards is a fairly intricate, well-involved, and disciplined process, and we are very good at it. That know-how has carried through to every customer.”

When a customer comes into the St. Augustine plant, Menz says he takes them through the plant to show them the processes.

“They see the automation in the high volume cells, and they see the universal production cells where we do lower volumes, and it’s the same type of attention to detail in both processes that we use,” Menz said. “And that impresses customers coming through — how we are going to treat their orders and handle them in the shop, from the time the order is placed to the time it ships. It’s important to us, high or low volume.” 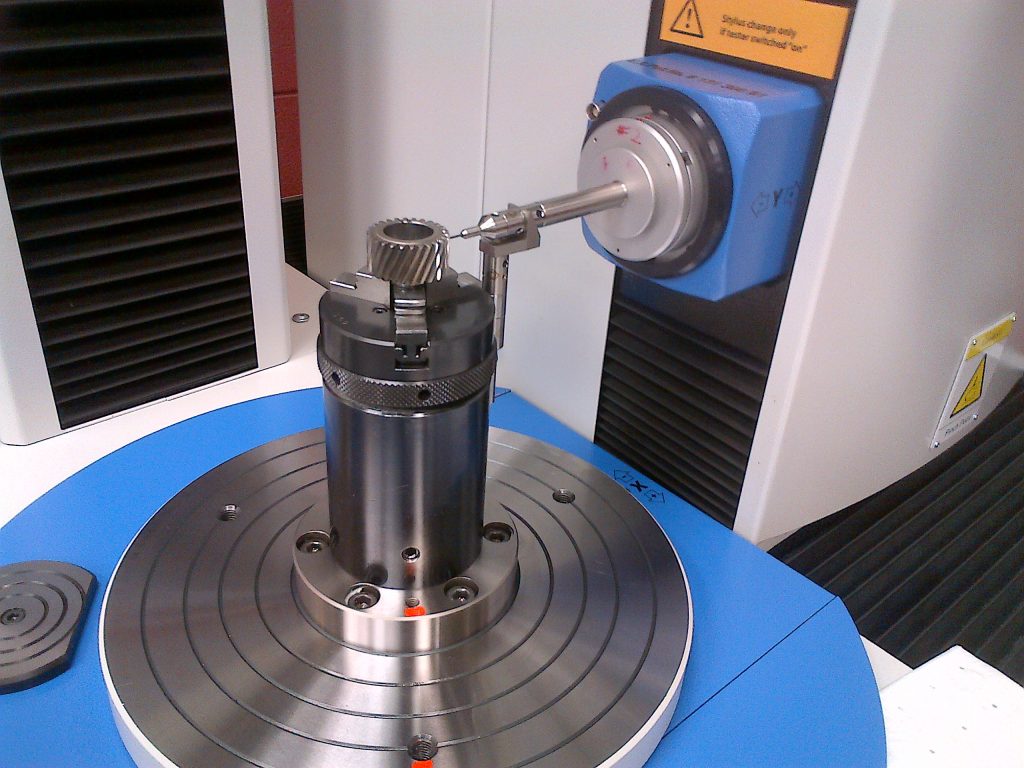 “There have been many advancements in gearing equipment,” said Menz. “We use the latest and greatest equipment and go through the thought processes of buying new equipment as we need it.”

Riley Gear became an AGMA member in 1961, and Menz said that there are many benefits that Riley Gear enjoys, including the training classes for new employees, technical seminars, and the marketing and forecasting events. 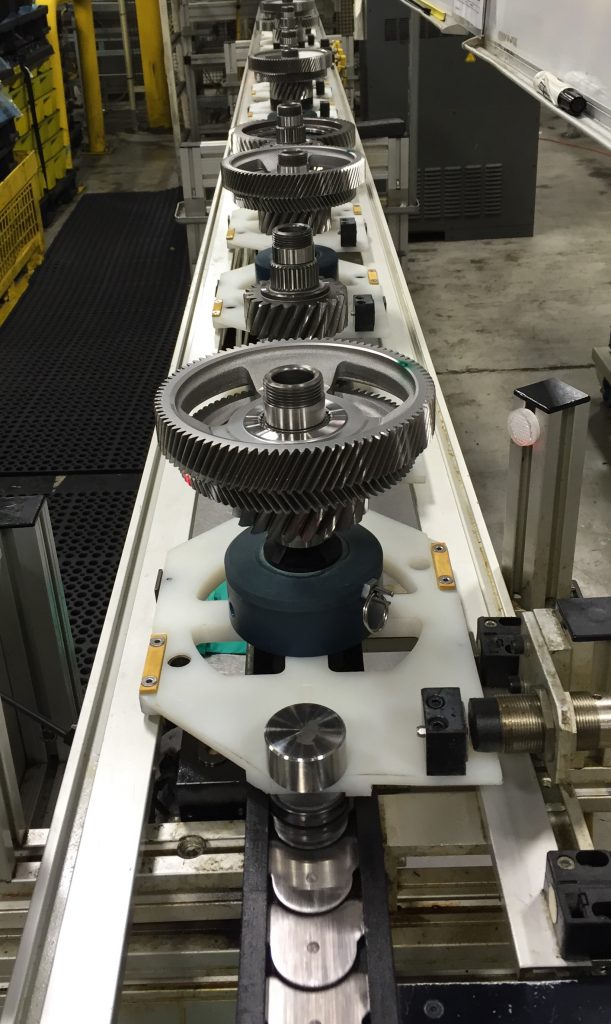 Menz and Talladay agreed that another important aspect of AGMA is standardization.

“That’s a big plus for us,” said Talladay. “Thanks to the AGMA, 100 years ago when the industry was developing, the members exchanged ideas and created standards. Now everybody is working to the same specifications.”

As with most companies in the gear industry, Riley Gear faces its challenges; however, having the support of a dedicated gear industry association, plus a wide range of expertise, pushes them forward into future successes.

“What we do today and what we’ve done in the past has all been focused on one central idea — tight-tolerance precision components, and not everyone can make them,” Menz said. 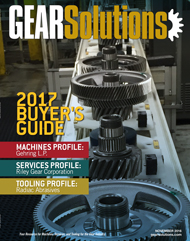