Bernard Vukovic’s parents, Ivan and Kate Vukovic, emigrated from Croatia and lived in Germany for 5½ years, where his father learned the machinist trade. While in Germany, his parents were committed to finding a place where they could secure employment and, more importantly, citizenship. When the opportunity to move to Canada presented itself, they embarked on a journey to better their lives and seek out opportunity.

After working for a couple of local machine shops, the proper opportunity presented itself in February of 1976. In the early years, NAMCO Machine and Gear Works, Ltd. was a small shop with an adherence to a strong work ethic, a commitment to high quality, and a knack for expansion, the company grew from making a few custom gearboxes to its current status as a gearbox leader. By vertically integrating gear cutting in-house, NAMCO’S quality and capabilities have expanded steadily over time.

“NAMCO is located in Edmonton, so we are well-situated for the mining and forestry industries,” said Vukovic. “In Alberta, the dominant industry is oil & gas. Because of our full range of capabilities, we are able to design any type of custom gearbox our customers can imagine.

“We built our first gearboxes in 1978 and 1979, mostly for split-shaft or power takeoff applications, and a few transfer cases for heavy, oil-filled applications. At that time, the gearboxes were simple—a few pieces of welded plate along with a few rough-cut gears, all created on milling machines with a single-tooth cutter. Over time, we bought a few hobbing machines, and in 2000 we bought our first gear grinder.” 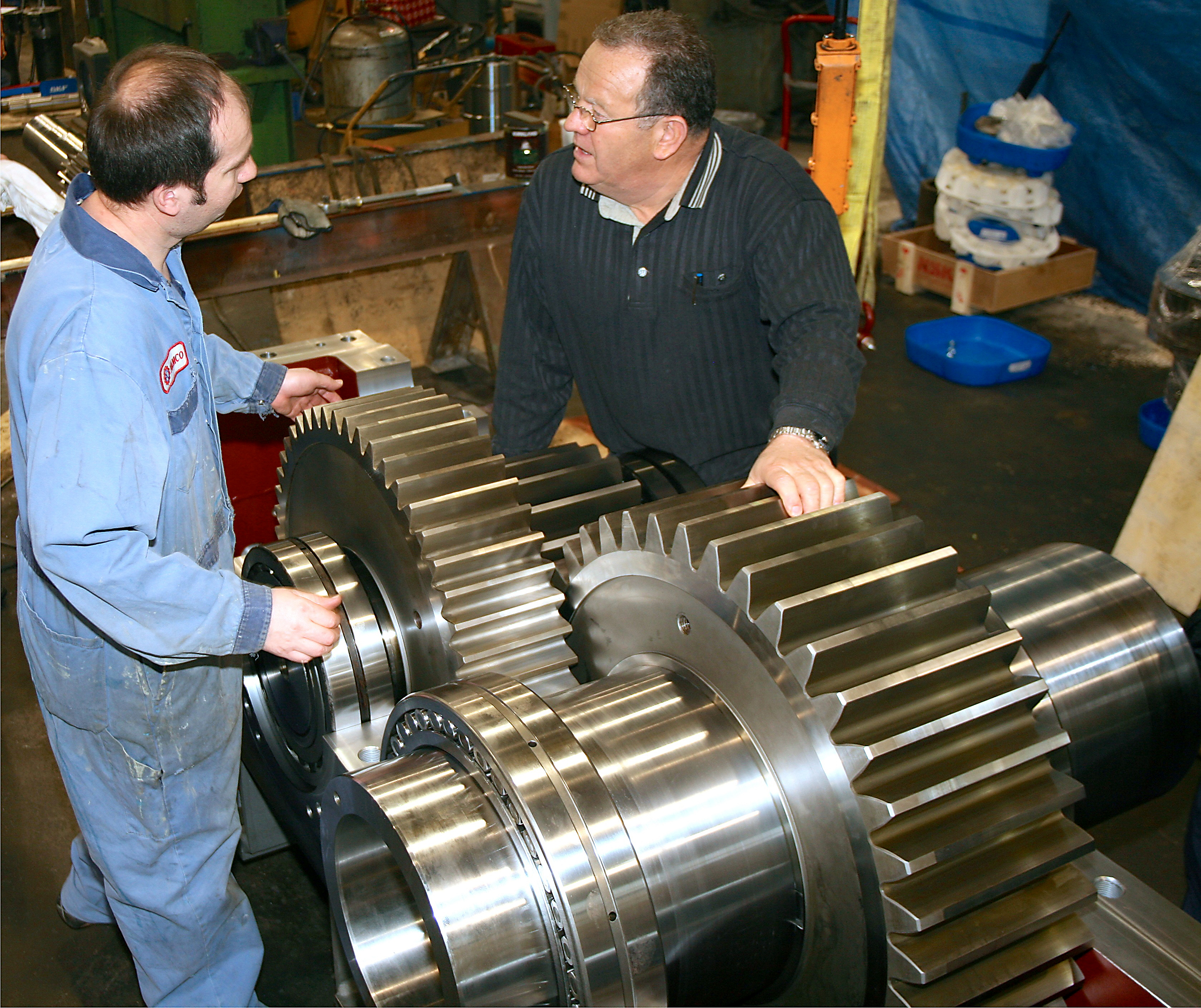 When Bernard joined NAMCO, he moved the company into a more product-based form. Ivan was an excellent tradesman who grew up with a special kind of hands-on experience that involved him in every job. But Bernard didn’t have a machinist background. “I had an engineering background,” he said, “so it was more difficult for me to run the company as a job shop.”

The father and son team sat down and developed a plan that incorporated both skill sets, as well as those of their managers and staff. This cooperation and compromise has turned NAMCO into a producer that has created its own product lines. It took some time, but NAMCO eventually moved from a job shop to a service company model and eventually towards the product-based company it is today. These evolutions leveraged their growth substantially.

Vukovic said, “We’ve developed a patented design for our gearbox cases using hollow structural steel. It’s a very rigid design and very lightweight, much more cost-effective than casting a gearbox with split-halves. We designed the case so that everything can be assembled from the outside as one solid structure. This product has been a welcome addition to the market. Customers appreciate the ease and effectiveness of the design.”

This particular line of products serves quite a few industries. They are installed in Peterbilt, Western Star, Kenworth—all the major truck manufacturers in North America. They are used by fleets such as Halliburton, BJ Services/Baker-Hughes, Badger Daylighting, etc. NAMCO produces approximately 1000 units per year. Their main manufacturing shop is 33,000 sq. ft. with an assembly bay of about 5000 sq. ft. and a welding bay of about 7000 sq. ft. Originally functioning from a 15,000 sq. ft. building across the street (now a small machine shop used for small gearbox casing and welding), their current facilities span approximately 60,000 sq. ft. 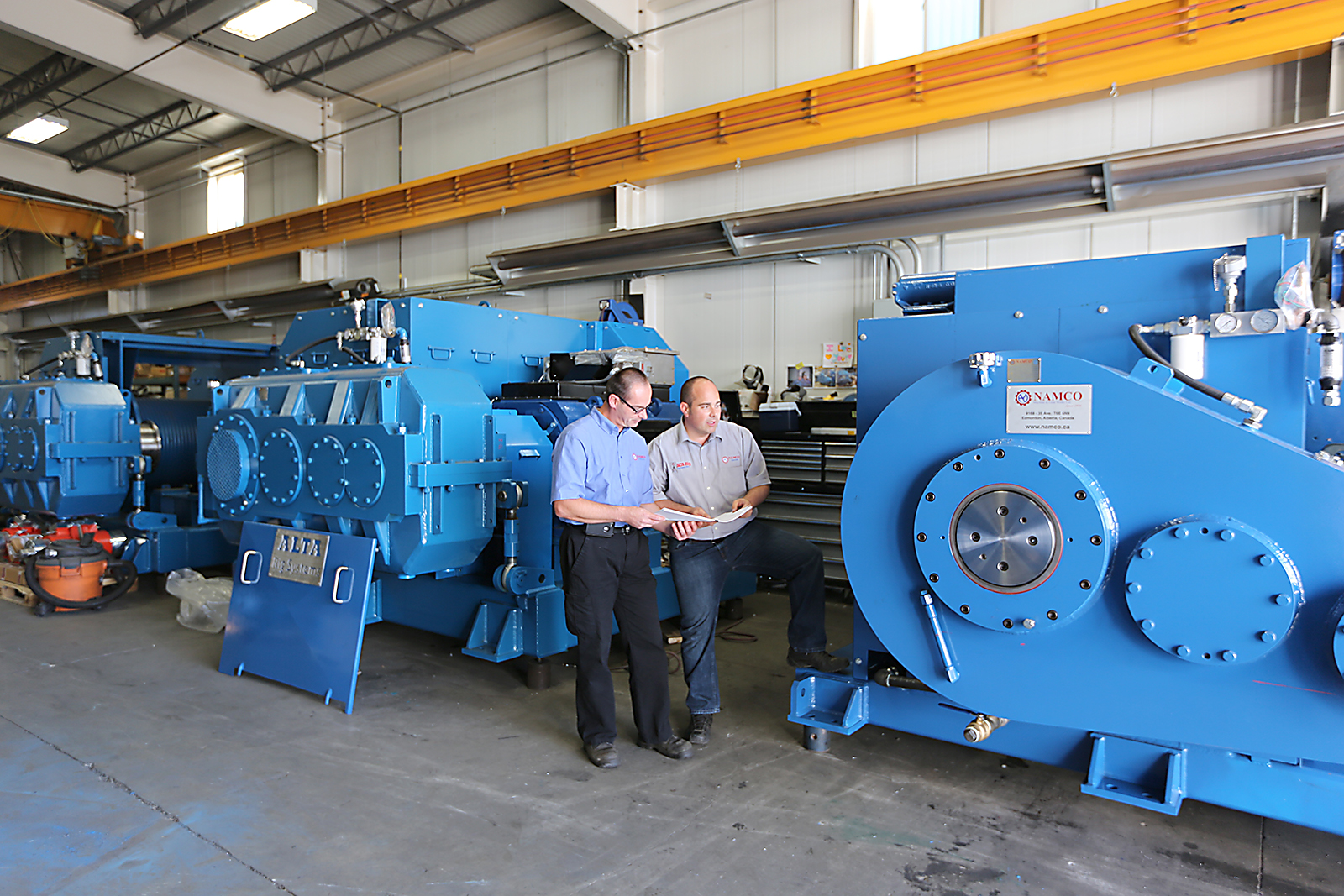 “Our range of equipment is significant,” Vukovic said. “We have lathes and milling machines (all CNC high-quality equipment), a Pfauter 1200/1600 gear hobber, a Pfauter 1200/1600 gear shaper with an extended stroke, a Gleason 400 hobber, a Pfauter 600/800 grinder; and the Pfauter 800/1200 gear grinder was our first machine, bought back in 2000. As far as machine tools go, NAMCO sources from the best suppliers/manufacturers in Europe, North America, and Japan.”

Only about 5% of the work is still job shop. “15 years ago,” he said, “that was predominately what we did. Today, we sell a lot of custom gearboxes. We have built gear drives up to 20,000HP, but our ‘sweet spot’ is from 400 to 3000HP. We have built gearboxes for radar stations, some with 120:1 reduction ratio that fit in the palm of your hand. We are extremely versatile, with a wide range of capabilities.”

All of the design and engineering is done in-house, by one of the leading gear engineers in North America, Nikica “Nick” Markovic. After immigrating to Canada from Croatia, Markovic was introduced to Ivan Vukovic by an acquaintance. “The rest is NAMCO history,” Bernard said. “We’re glad to have such a brilliant engineer on the team, leading the design elements of the company. In designing a gearbox application, we talk to the customers and see exactly what is needed (torque, horsepower, and envelope). We have an idea about how they work, but without talking to the customer directly, it is more difficult to know exactly what is required. We’re experts in gearing, they’re experts in their respective fields. Nick will then design the gear train and equipment, and he’ll put together a proposal for the customer to review.” 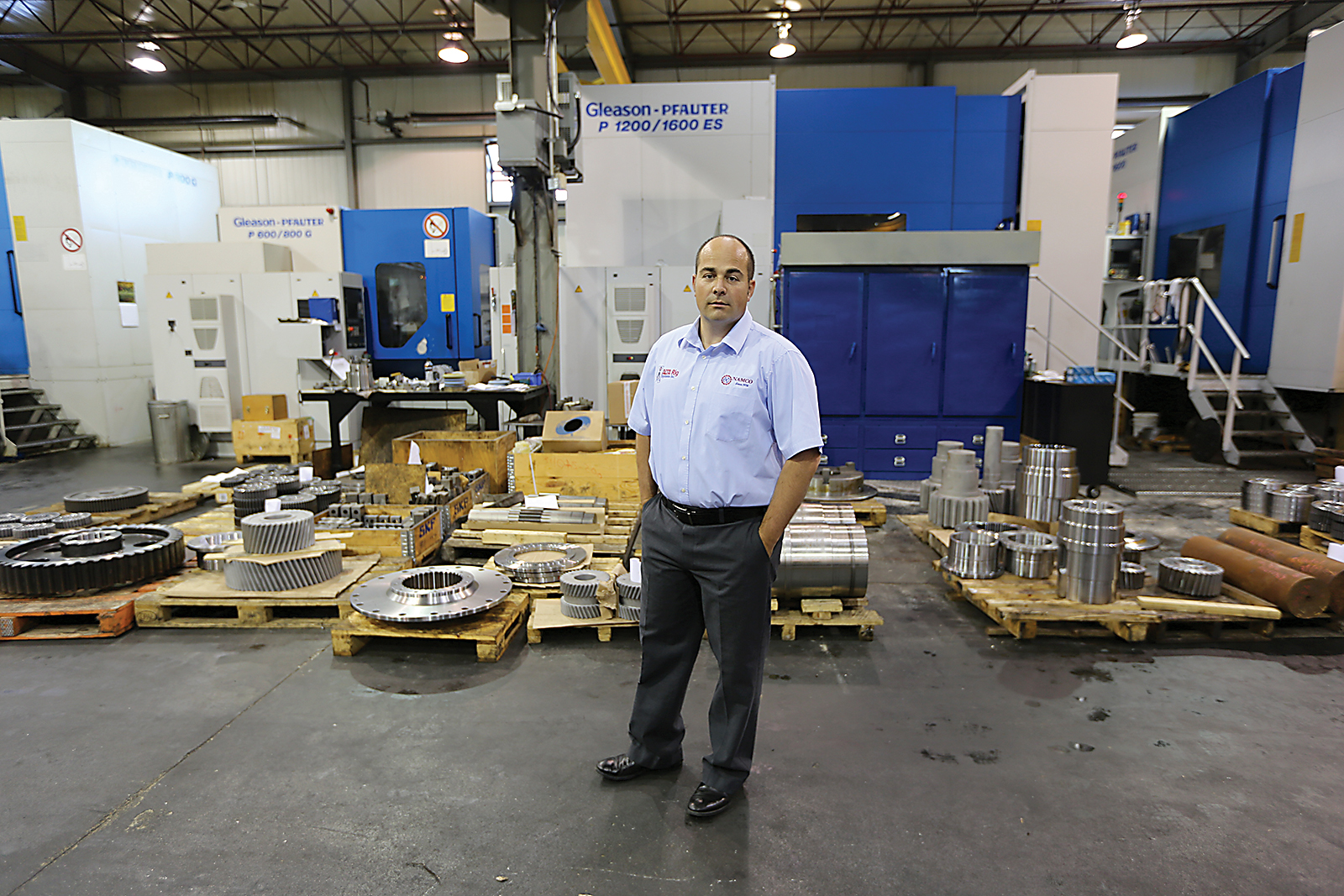 Markovic’s technical knowledge and education, coupled with his extensive hands-on experience, have made him an invaluable asset to the NAMCO organization. When he came over from Europe, he began by working the drill press and as a mechanic on the floor; with his engineering degree, he later became a foreman and worked his way up. Now the VP of the company, Bernard describes him as a ground-up, hands-on type of guy. “It’s what sets him apart from other engineers. He knows the practical workings of machinery, as well as the theoretical. This two-pronged approach allows him to know what is possible and what might be possible.”

Bernard knows NAMCO’s success doesn’t hinge on one person. “Our entire staff is exceptional,” he said. “Davorin (Dave) Dikic, our production manager, has been a big part of our success as well. He has walked the shop floor thousands of times over and keeps over 60 tradesmen and hundreds of jobs in line and organized. Dave and Nick have been instrumental in the development of our products and ingenuity. I am proud to work with such an exceptional team of people.”

But Bernard saves his highest praise for his father, Ivan.

“His vision, sacrifice, and determination, along with the contribution, support, and tireless efforts of my mother Kate, built a company that is a stand alone in our industry in terms of quality, community, and innovation. I am proud and honored to have worked with my father, and am even more proud to be his son. We have had a great run and built something that will never be replicated.”