With more than 700 employees worldwide, the Kapp Group retains its position as a leader in the gear-manufacturing industry.

According to Thomas J. Lang, vice president and general manager of Kapp Technologies, in Boulder, Colorado, the company known worldwide for its gear-grinding machines and tools has its origins in a somewhat unexpected area: that of woodworking.

“In the early 1950s Dr. Bernhard Kapp was a mechanical engineer who worked for a company called Waldrich, in Coburg, Germany. Waldrich manufactured gantry type shaping and milling machines,” he says. “In 1953, Dr. Kapp found himself with the opportunity to purchase Comag, a woodworking machines manufacturer, and to go into business for himself. A few years later, the company Pfauter was in the market for a machine to sharpen hobs and contacted Dr. Kapp. Seeing an opportunity to expand his business, he got to work and, within a few short months, the first Kapp hob sharpeners were being manufactured.”

Through the 1960s, Kapp developed and produced hob sharpeners, broach grinders, and external spline grinders. With the introduction of the super-abrasive CBN by General Electric in 1971, Kapp became the first company in the world to offer it on a hob sharpening machine. By the mid 1970s, Kapp expanded its product line from hob sharpeners and spline grinders to internal gear grinding machines using CBN, and eventually into external gear grinding machines using non-dressable technology. As the first company to utilize CBN technology in its particular portion of the gear-manufacturing industry, Kapp began developing and marketing its own electroplated grinding wheels, which became an integral part of the company’s product line. Throughout the 1980s and early 1990s Kapp continued to develop and manufacture additional gear and profile grinding machines using CBN technology. 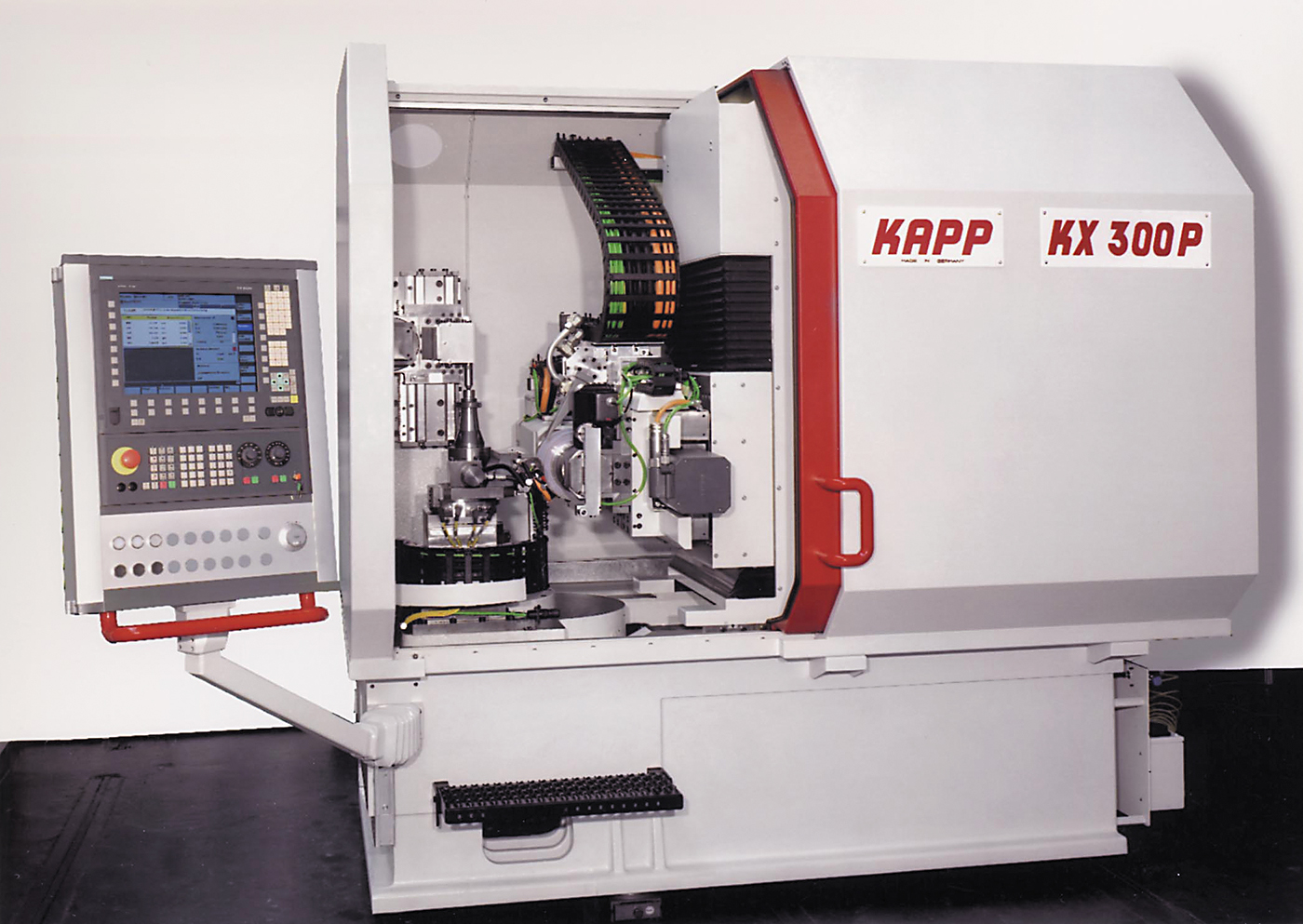 Then, in the late ’90s, circumstances intervened once again that would fire Kapp’s growth. “When Gleason purchased Pfauter in 1997, Kapp was forced to rethink its entire strategy, since it shared many of its worldwide sales representatives with Pfauter,” Lang says. “The short of it is that Kapp decided not to be a part of the new organization, and it acted on that decision by purchasing Niles, a manufacturer of large gear grinders in East Berlin. By combining the large-machine building capabilities of Niles with Kapp CBN technology, the company was able to complete its line of machines, spanning from small grinders up to five-meter machines. This propelled Kapp’s focus from a single market to becoming a major player in the gear-grinding industry in its entirety.”

Lang, who had been with Kapp for six years at that point, remembers that time as “very exciting days.” Although Kapp’s world operations are still headquartered in Coburg — with additional manufacturing facilities in Berlin, Japan, and Brazil — he has been a major player in Kapp’s presence in the United States. “Kapp had established its U.S. operations in 1986, with a small grinding wheel recoating facility in Elk Grove Village, Illinois,” he says. “When my partner, Jim Buschy, and I were hired in 1991, our mission was to increase the recoating and grinding wheel business, and to cut down lead times. When we joined the company, it took 16 weeks for our customers to get a new tool, and 10 to 12 weeks to get a tool recoated. To expedite this we hired and trained engineers and technicians here in the States to carry out the same processes we were conducting in Germany, cutting the lead time on tools down to two or three weeks, and recoatings down to five days, which is where we are today.”

Where they are today isn’t in Illinois, though, but Colorado, and there’s a story behind that. “I was working for an R&D company in Boulder when I met Jim,” he says of Buschy, who is manager of manufacturing, service, and quality control for Kapp Technologies. “We had developed a gearless speed reducer, and when we were trying to find the right equipment to manufacture it, people kept steering us toward Kapp, saying ‘if anybody can make these funny little forms you’re trying to make, Kapp can, because they have CBN technology.’ We ended up purchasing four of their machines.” It wasn’t long before the two decided to start their own gear-manufacturing company — “the fact that the company we were working for went out of business had a lot to do with that,” Lang says with a laugh — doing R&D work for Caterpillar, among others. Then a call came from Martin Kapp, the son of Bernhard Kapp and the current president of Kapp Technologies, who had an interesting proposal. “He wanted us to sell our company and move to Elk Grove Village to oversee their U.S. operations,” Lang recalls, “but we weren’t interested. We were living in Boulder, and we just didn’t want to leave.” A year later, the phone rang again, and this time the offer included moving Kapp’s U.S. operations to Colorado, and building a new 34,000 square-foot facility that would be home to 40 Kapp Technology employees, and to Lang and Buschy’s own company, as well. “It was a great opportunity, and that’s when we both decided to get onboard with Kapp,” Lang says, adding that he and his partner soon decided to sell their own company, which coincided perfectly with Kapp’s growth in 1997. “When we sold our company, it opened up the space we needed for Kapp, which included service, parts, and demonstration areas, so it just couldn’t have worked out better for everyone involved.”

A major benefit to the company is the space for growth that the Boulder facility provides. “When we introduce something new into the marketplace, it’s been in development for years in Germany,” Lang says, pointing to Kapp’s dedicated R&D department in Coburg. “After we’ve done something new there once, and then 10 times, and then 10 more to make sure that we get the same results, we’ll send a team from Boulder to Coburg to learn everything there is to know about the process, and then they’ll send someone back here to oversee its introduction. The whole thing, which we refer to as ‘technology transfer,’ can take two months or longer, but we don’t skimp on the time it takes to lay down a successful infrastructure for production.” Such a transfer is currently in the works, with a new plating process for high-speed grinding that was developed in Coburg and is now being set in place in Boulder. “Conventional grinding is done at 30 meters per second, and high-speed grinding is done at 150 meters and more, so it takes a different tool, and the configuration of the grinding wheel is a little bit different, so we’re gearing up to tackle a whole new process.” 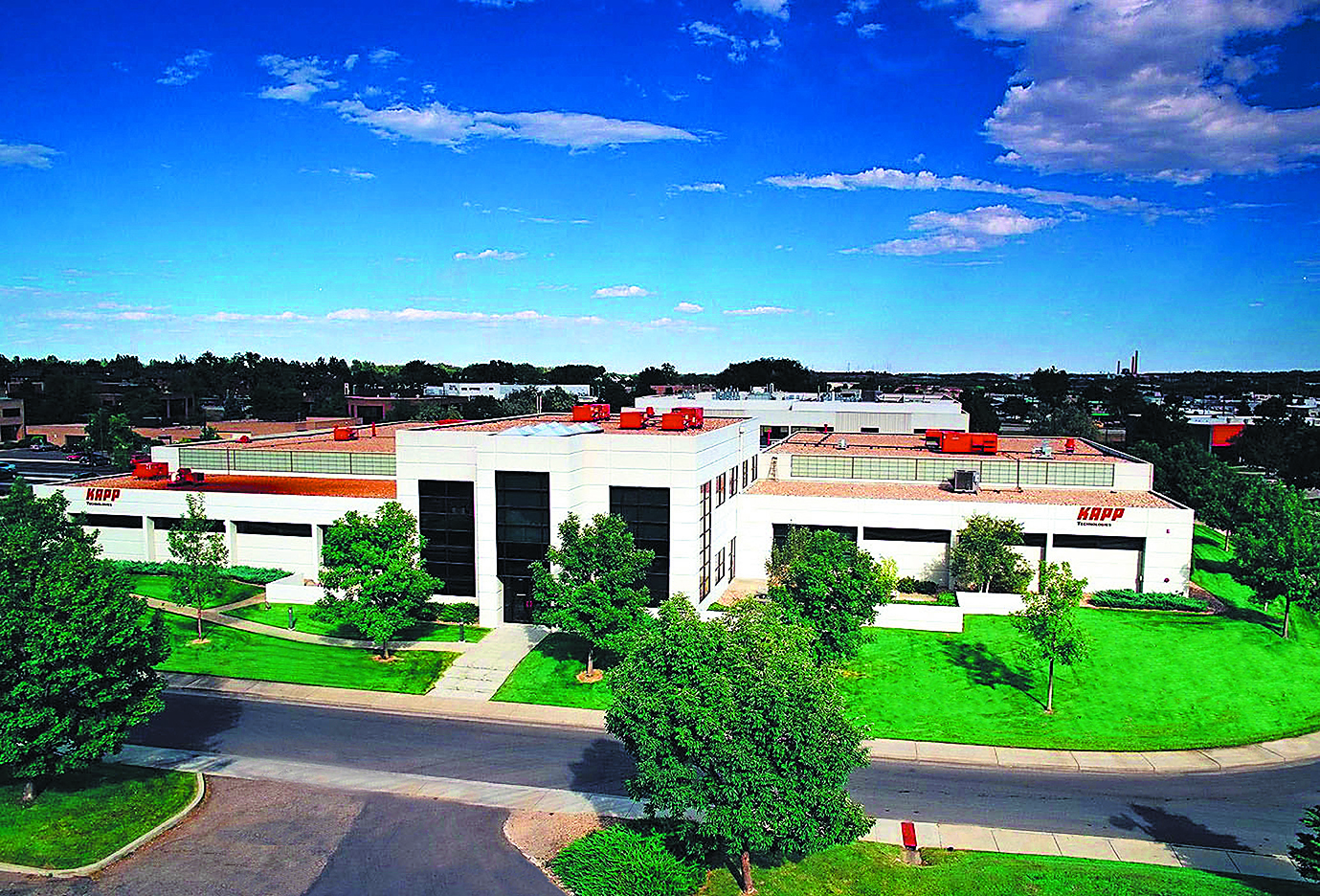 Tackling new processes is familiar to Kapp, however, since it introduced Coroning in the early ’90s. A honing process that utilizes a single layer diamond-plated tool, it allowed for a change in the profile and leads on gears instead of just a smoother finish. Rather than polishing, Coroning can remove two to three times the stock that can be done with typical honing.

Another advent has come only recently, with the launch of the KX300P machine, which was introduced by Kapp at the EMO show in Milano, Italy. “This machine has dressing for worms, dressing for form wheels, can use CBN worm or CBN form wheels, and it also features integrated inspection, so it’s really an amazing piece of equipment,” says Lang. “It can be configured for automotive operations, and it can be configured for job shops, too–and that’s what we’re really excited about. A very good market for this piece of equipment is in the job shop area, because it gives them a great deal of flexibility: it really gives them everything they need. It has a vertical axis orientation, so it’s very easy to set up, and it allows gravity to be incorporated into the process.”

As a mechanical engineer trained to seek out better, more-efficient processes, Lang says that he’s excited about his work with Kapp Technologies–and he appreciates both its past, as well as its future.

“We have a very successful history, and we have a very promising future,” he says. “We’re continually introducing new machines and new technologies into the gear-manufacturing industry, and I believe that our commitment to providing the highest-quality tools, machines, and processes will keep us on the leading edge for years to come.”