For over 25 years, American Steel Treating has provided leading OEMs and suppliers with heat treating solutions, while continuously broadening its capabilities in the thermal processing industry.

After many years of service with Surface Combustion Inc., gaining experience and technical expertise, Roy Waits, Steve Johnson, and Bob Morse set out to capitalize on their experience by founding FurnTech, a builder of heat treating furnaces in Perrysburg, Ohio, in 1987. Two years later, Doug Clinger, an industry leader in metallurgy, joined the organization as a principle. Concurrently, the four owners were approached by a Toledo-based stamping company that was looking for a quality heat treater to process rockers arms, thus this was the beginning of American Steel Treating — when the furnace manufacturers became business leaders. Today, the company has processed over 4 billion rocker arms with zero defects.

“AST’s priorities are competitiveness and bringing industrial jobs to the United States by utilizing automation and protecting the customer through stringent quality assurance policies and procedures,” Waits said.

In order to accomplish this objective, the company prides itself upon core principles, employee retention, and experience. Seven key managers have been with the organization for over 20 years and five other managers including Jeff Blanker, the president, have been leading for over 15 years.

“The keys to AST’s success are like a puzzle; all the pieces have to fit together,” Blanker said. “Those pieces include: being customer focused and owner-operated; providing solutions, fast response, ethical conduct, quality, safety, and value; and enriching employees’ lives.” 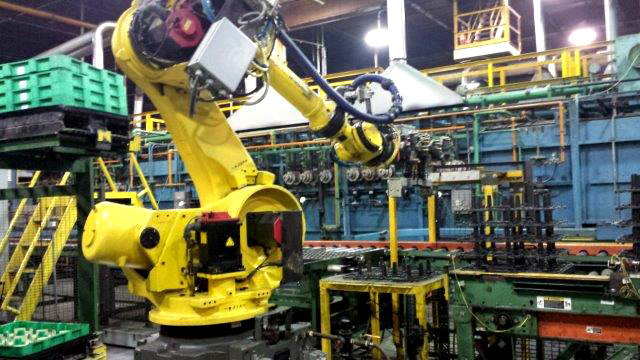 During its more than 25 years of servicing various manufacturers, AST has experienced many milestones. In 1990, the company became the first commercial heat treater to be awarded Ford’s Q-1 status. In 1996, it became General Motors Powertrain Toledo backup supplier, and in 1999, it started production for GM’s Romulus transmission gears, races, and cams based upon test results that showed seven times the life cycle durability requirements.

Milestones for the next decade included the successful completion of an order for 120,000 gears per day for a five-year duration — the installation of automated robotics to eliminate handling damage and the facility were secured within six months from the receipt of the order to begin production. Later, the company was approved as Caterpillar’s backup supplier; started production on GM’s 4L60 transmission cams, races, and shafts; and began production of the first of over 60 million clutch plates. In 2009, General Motor’s St. Catherine gear production started, and a few years later, GM Unigear production started with annual volumes exceeding 1.5 million. In 2013, the company started production of specialty fasteners with annual volumes of 75 million. AST was the 2014 and 2015 recipient of General Motors Supplier Quality Excellence Award.

In 2003, when a major automaker decided to outsource its transmission gear and shaft heat treatment processes, AST was quick in responding and purchased a second 210,000-square-foot plant in Perrysburg, Ohio, and installed quench pits. The company’s heat-treat solutions team moved multiple continuous pusher furnaces to the new plant and installed all the complementary processes (shot peening, metallurgical, and gear laboratory) within six months, while maintaining full production throughout the entire process.

Building upon its customer relations, AST offers a free, one- to two-day training seminar on ferrous and non-ferrous metals, heat treating, metallurgical testing, metrology, and SPC. 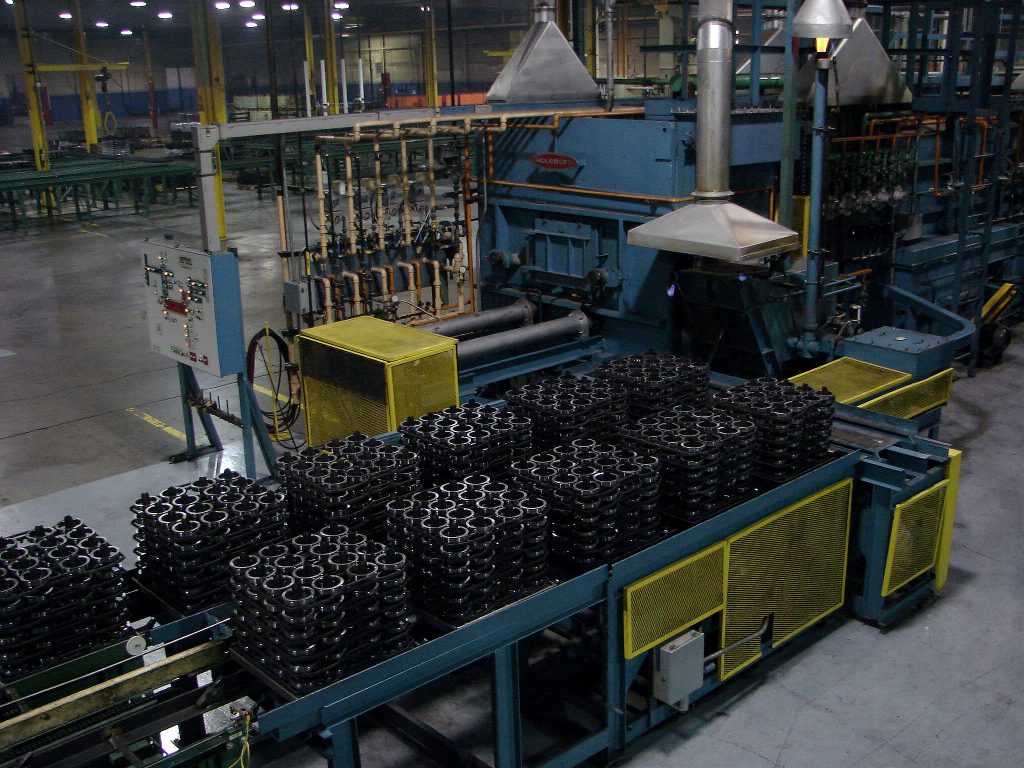 As a solutions provider with hundreds of years of experience, AST pays attention to detail — from technical review to advanced product quality planning to prototype and subsequent production part approval process (PPAP). Through the years, the company has maintained and expanded its quality management system from Targets for Excellence and Q-1 to QS 9000, culminating in achieving TS 16949 certification.

Like all businesses, AST faces certain challenges and risks, but the company pursues and implements improved policies and principles — such as 5S, lean manufacturing, automation, visual management, and overall equipment effectiveness — to ensure its competitiveness in a cost-driven industry.

AST also recognizes the importance of gears and their impact on all types of industries worldwide.

“New technologies are constantly being introduced, but we cannot lose sight of basic gear design and the impact that dimensional stability has on the durability and reliability requirements,” said Lonny Rickman, director of business development. “With pending 2025 CAFE standards of 54.5 mpg for automobiles, gear designs are being challenged to be lighter with thinner walls for weight reduction. This can lead to dimensional instability, bell mouthing, twisted or drunken lead variation, and active profile contact area concerns. AST has years of experience using properly designed equipment and dimensionally friendly processes to produce identical results day after day — not just metallurgical, but also minimizing dimensional variation.”

AST continues to listen to its customers and evaluate the services it provides.

“We are currently looking at enhancing and improving upon our services by including ferritic nitrocarburizing per AMS 2759 12A / 2757B and Caterpillar 1E-2387 and nitriding per AMS 2759 10A and Caterpillar 1E-0548,” Rickman said. “AST is also receptive to inquiries regarding furnace brazing, press quenching, and induction hardening and tempering.”