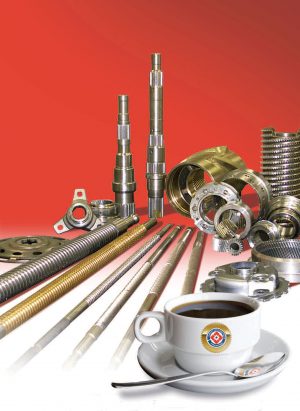 Strategic planning matters, as does market diversification, and the emphasis that Colonial Tool Group has placed on both in recent years is helping it thrive while many of its competitors are struggling in these difficult economic times. “What I can tell you is that we currently have a record backlog,” according to Brett Froats, a co-owner and the company’s vice president of sales. “One of the reasons for that is we decided a while back to make a concentrated effort to diversify, both from a market as well as a geographic standpoint, and it’s clear that decision has really paid off.”

While Colonial still counts the automotive industry as a large segment of its customer base, it has dropped from 80 to about 60 percent in recent years, with aerospace stepping in to dominate the remaining 40 percent. Still, the company’s automotive relationships are strong, with heavy orders coming from existing customers in that sector. “With all the downsizing that’s occurring among the Big 3, a lot of work is getting pushed down to their Tier 1 and 2 suppliers who require new equipment and tooling, so we’ve really been able to capitalize on that,” Froats says. “And our affiliation with the Lapointe Broach Company has really strengthened our presence in the aerospace market, with several orders for turbine broaching machines coming in recently.”

One thing this backlog hasn’t resulted in is longer lead times for Colonial’s spindles, broaches—including helical, involute, round, keyway, and specialty—spline rolling racks, and broaching machines. With many companies quoting lead times of 30-50 weeks, Froats says his customer’s orders ship within 18-24 weeks. Having made millions in capital investments over the years, Colonial’s capacity is such that it can deliver quickly and without its backlog becoming unmanageable.

Employing more than a hundred in total, and with four locations in North America—the company is headquartered in Taylor, Michigan, with a service center in Mexico and two sites in Windsor, Ontario, which includes a recently acquired specialty cutting-tool operation—Colonial is also interested in reaching into emerging global markets, such as India, China, and the Middle East. “About 30 percent of our sales come from beyond North America right now,” Froats says, “and we’re looking very carefully at other areas that might be a good fit for us.”

Wherever the customers are found, they’re sure to appreciate the company’s dedication to quality, including an in-house service department offering inspection and evaluation of spindles and tools, with sharpening, total reworks, welding, and recoating also available. Other benefits include a complete engineering department, customized heat treatment, and a patented, proprietary broach manufacturing process. In addition, Colonial offers a Lowest Cost Per Piece (LCPP) Guarantee, which goes much farther than simply beating a competitor’s price.

“Over the years we’ve noticed there are a lot of companies out there that could save money by learning to manage their tools and processes better,” Froats says, “so what we’ll do is make a site visit to a customer’s facility, evaluate their processes and tool designs, and we’ll provide input on the proper choice of coolants, fixturing, anything we’re in a position to suggest based on our 70-plus years of experience. And what we’ve found is that we can generally identify changes that are easy to make and will result in cost reductions in the range of 20-30 percent. Sure, we want an order for the tools, but we also want to make sure they’ll perform properly, so it’s important for us to be able to evaluate processes in their entirety. It’s also proof of our commitment to developing relationships with our customers, not just trying to make a one-time sale.”

This approach is definitely working, and when the company decided to conduct a survey of its customers, one of the questions listed was “If we didn’t exist, would you notice our absence and miss the role we play in your operation?” In 87 percent of the responses, the answer was “definitely.”

Although the company has undergone many reincarnations over the years, the basic story is that it was founded in 1934 as a division of Michigan Tool. It was later purchased by Ex-cell-O North America, and then Textron. Froats—who had joined the company in 1979—had the opportunity to purchase Colonial Tool from Textron along with partners in 1993, thus beginning the most successful and ambitious phase in its history. “We’ve really put everything we’ve got into building the company’s name recognition and reputation for quality work,” he says, “and we’ll be putting that same energy into smart, steady growth in the coming years.”