With economic indicators pointing upward, Midwest Gear is poised to make the most of its newfound activity.

It’s a simple economic fact: A large company locates in a particular area, operates for a number of years, and dozens of smaller companies are spawned as a result — often by employees longing to start their own businesses. Such were the beginnings of Midwest Gear, which was founded in Twinsburg, Ohio, in 1972 by a man named John Venning. “Mr. Venning had formerly been employed by Horsburgh & Scott, and he eventually decided to go out on his own and found this company, which he ran as a sole proprietor until it was acquired by Penn Machine in 1989,” says Ron Humphrey, general manager of Midwest Gear. “What’s interesting is that Penn Machine wasn’t even thinking of buying the company when they visited the plant. They just wanted to get a look at the company’s Niles grinder since they were thinking of purchasing one for themselves, and they ended up buying the whole place.”

The transaction was a little more involved than that, of course. John Venning was in ill health at the time and thinking of stepping back from his professional activities, and when Penn Machine’s representatives saw what a fine operation Venning had set in place — in addition to the skilled and knowledgeable workers who were manning the machines — it became a mutually beneficial arrangement.

Over the years, Midwest Gear has achieved distinction throughout the industry, and after the economic doldrums experienced by U.S. manufacturers over the past three years, business is beginning to boom once again. “As with the rest of the gear industry, things were pretty sad for the past two or three years, but since the first half of the year, things have just gone crazy,” says Humphrey. “We are so busy that we literally don’t know which way to turn.”

And even though the company has considered growing beyond its current 27,000 square-foot facility, that decision will ultimately be made by Penn Machine. For the time being the company is considering doubling, and perhaps even tripling, its shifts. “Right now we’re running a standard shift with all the overtime our shop people care to work,” says Humphrey, “but it’s become clear to us that we’ll need to establish a second shift fairly soon, and possibly even a third, which will obviously improve our current capacity.” 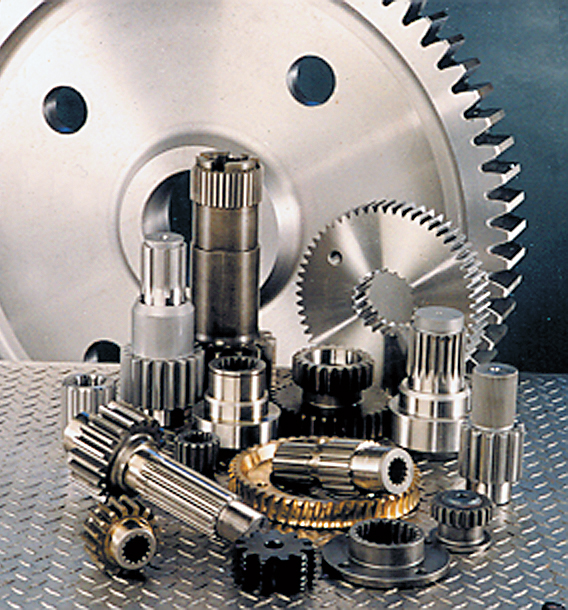 The primary reason for this sudden growth is a surge in orders from the company’s existing accounts, which include industry giants such as Bucyrus International and Manitowoc Crane, among many others. One way to meet this challenge will be to simply stick to the philosophy the company has developed over the past 32 years, which has made it a leading supplier in quite a variety of industries. “The majority of our work involves supplying OEMs in a number of different fields. Our work with Bucyrus International takes us into the area of strip mining, for instance, and we’re involved with construction equipment through our relationship with Manitowoc Crane. Locally we’re involved with companies that manufacture food- and beverage-processing equipment, and in the paper industry we deal with people who manufacture and repair pulp pumps. We even have a customer who makes machines for harvesting sugarcane and picking pineapples, of all things,” he says with a laugh.

As for the future, if the company decides to relocate to large quarters, the space is definitely available, but there are no plans to leave the general region. “The Cleveland/Akron region is a huge manufacturing area, and up until about three years ago there were multitudes of manufacturing facilities being built on speculation, so right now you can buy or rent pretty much anything that you want, and it’s available tomorrow,” says Humphrey. “And it’s also true that this 20 square-mile area is just filled with small turning shops, OD/ID grinders, and there’s quite a selection of heat treaters here, too. So you have just everything that you’d need to be in this type of business here.”

Midwest Gear’s proximity to these small shops has also helped it to make sure that it’s working as efficiently as possible. “From time to time we’ll think about bringing some of the services that we’re currently outsourcing in-house, so we’ll go out and get some quotes that we can compare to what it would cost us to do the same thing ourselves, in terms of man-hours and equipment investment,” says Humphrey. “But what we usually find is that we’re getting the quality and the delivery we need at a price that’s less than what it would cost for us to do it ourselves. Having all of these types of resources virtually at our fingertips is invaluable, so we have no intentions of leaving this area.”

All of Midwest Gear’s parts are custom-made, and it promotes its capabilities through a dedicated sales manager as well as a system of field representatives. While most of its customers are found east of the Mississippi River, its current sales territory extends as far south as Miami. Its activities include gear tooth grinding, hobbing, shaping, broaching, and producing splined shafts, and it offers heat-treat services through its network of subcontractors. Quality assurance is provided by its on-site Hoefler checker, and hardcopy documentation is available.

“We’re currently purchasing new CNC equipment to replace our older, more-conventional machines, so we’re always doing our best to improve the process,” says Humphrey. “We’ve found that by paying attention to the details, you will inevitably get a better outcome.”