Proudly Australian with an international reputation for quality, Ronson Gears has become a market leader by thinking globally.

Gordon New likes to reminisce occasionally. “History can get forgotten if you’re not careful,” he said. “I remember my brother, Terry, and I going up to the factory when I was five and he was 10. We have fond memories of that time.” That was 60 years ago. Today, Melbourne, Australia’s Ronson Gears is making precision gears—without exception. 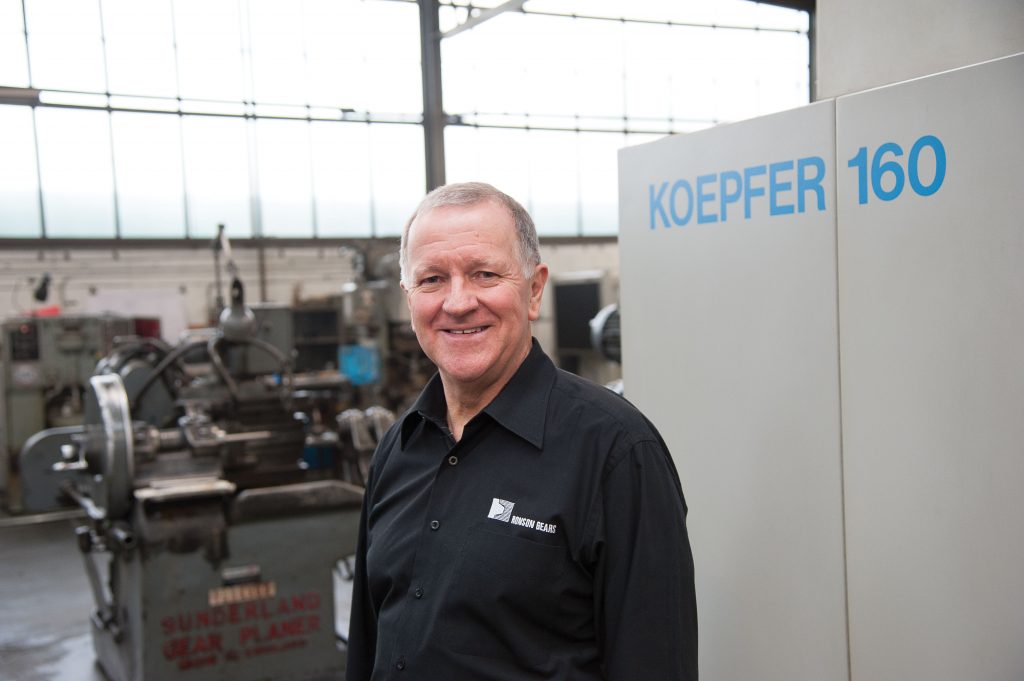 “Everything has to exceed the customers’ expectations—at all times,” said Gavin New, Gordon’s son and Ronson Gears’ marketing manager. “Having an attitude of honesty in everything we do is universal in building our reputation as a reliable supplier—wherever our customers are in the world.”

This kind of global thinking has made Ronson Gears a market leader in the Australian gear industry. But in 1954, Gordon and Terry’s father, Ron, was operating a small job shop in Melbourne called Ronson Engineering, named after himself in the hope that one of his sons would someday join him (Ron-son).

“Dad was a tradesperson, not a professional engineer,” said New. “He came up through the ranks and worked with a major machine tool builder here in Melbourne. Eventually, he decided to start on his own and Ronson Engineering, which we later changed to Ronson Gears when I became involved, was founded.” The brothers didn’t join the business until the early/mid-1970s.

In 1990, concerned that the majority of gear machinery and equipment in Australia was aging, the brothers undertook a major business plan—a key part of which involved traveling. At the time, many companies in Australia were building business on used machinery, and while there were plenty of good importers of used machinery and equipment, “My brother and I realized this wouldn’t take the business anywhere,” said New. “Through travel, I saw what progressive companies in the United States and Europe were doing at the time, and what sort of equipment they were using.”

When the team returned from the first “discovery” trip, they started buying new equipment, and in 1996 bought their first CNC gear machine—a Gleason 125 CNC hobber. “It’s still running today as accurately as it was then,” said New. “It’s a fantastic machine.”

From then on, Gordon New traveled extensively, learning how to run the business on a world-competitive basis. “I put a lot of effort into networking,” said New. “I met Joe Franklin, president of the AGMA, who introduced me to a number of people in the United States, many of whom are now personal friends. We visit each other’s plants whenever we can. Through the AGMA I was invited to speak at different gear summit meetings around the world, which I still do. I’ve addressed audiences in China, Japan, and the U.S., along with many European countries. I love doing it. It’s helped me grow not only as a person, but also as a leader in being able to run a competitive gear shop.”

In many ways, the early ‘90s was a sea change for the company. As New grew more serious about personal development training, his capabilities as a leader grew. Since then, Ronson Gears hasn’t looked back, continuing to buy modern CNC equipment from around the world, eventually becoming a market leader in Australia. Ronson’s gear machinery list now includes the likes of Koepfer and Pfauter CNC hobbers, Hofler CNC profile grinders, and a Fellows CNC shaper. 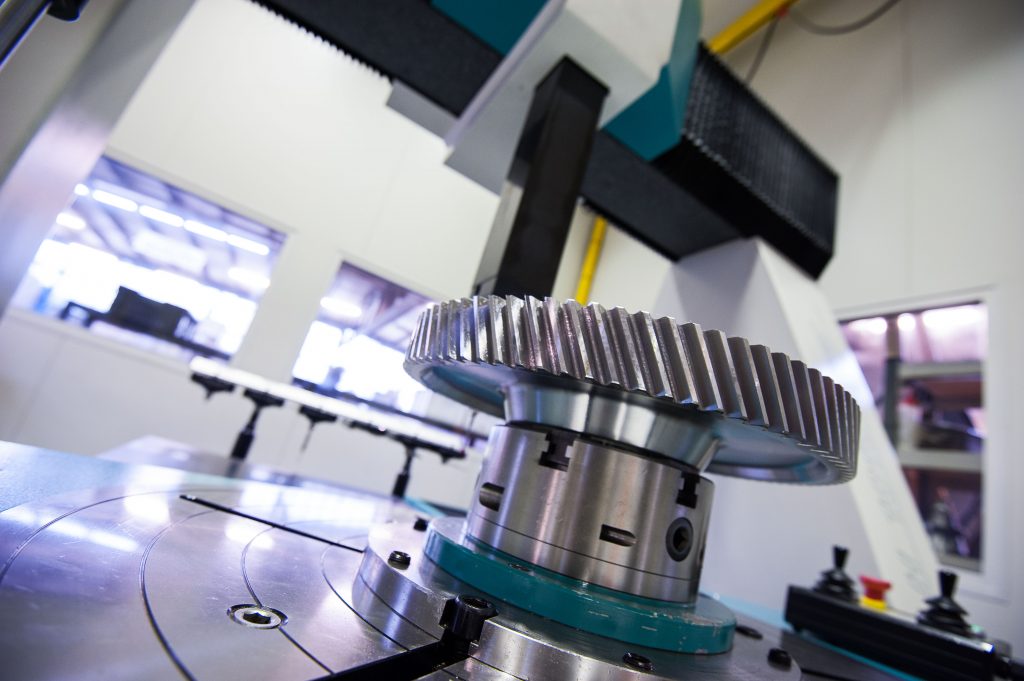 Of course, all this travel and transparency with customers would be for naught if Ronson weren’t producing a great product. Gavin New said quality and lean principles have become second nature to the company. “We’re focused on quality,” said Gavin. “Our company is now accredited to AS 9100C, having been ISO 9001:2008 accredited since 1998.

“Precision profile grinding of spur and helical gears has to be measured accurately,” he went on. “We use Wenzel CNC gear measuring equipment and we’re conscious of giving our customers more than what they ask for. The Wenzel machine is excellent, accurate to microns. We also have a Koepfer America hob-sharpening machine, which helps us achieve high accuracy when gear cutting. The accuracy of its sharpening gives us greater productivity. We get a far longer running life out of the cutters before they need re-sharpening. It’s paid for itself in a short time.”

In 2009, Gordon was invited to join the board of the AGMA. He remained on the board for four years, travelling to the U.S. three times a year to attend board meetings. Ronson Gears still attends the AGMA Annual Meeting on a regular basis, as well as other AGMA training courses.

Today, Ronson Gears is a contract gear shop that makes gears to their customers’ specs, their main business being open gearing—spur, helical, and straight cut bevel gears, as well as precision gear grinding of spur and helical gears.  They are also involved in a number of assembly contracts, which add value to their customer’s experience. Their facility covers 20,000 square feet and they employ a staff of 30.

“The markets we service are very broad in this country,” said New. “We supply gears to anybody who needs a gear—that could be any industry. Mining is one of the major areas, but our focus is to find other markets and diversify, hence our aerospace endeavors of late. We continue to supply customers whose products go into the construction industry, agriculture, defense, aerospace, rail and medical industries, and many more.” 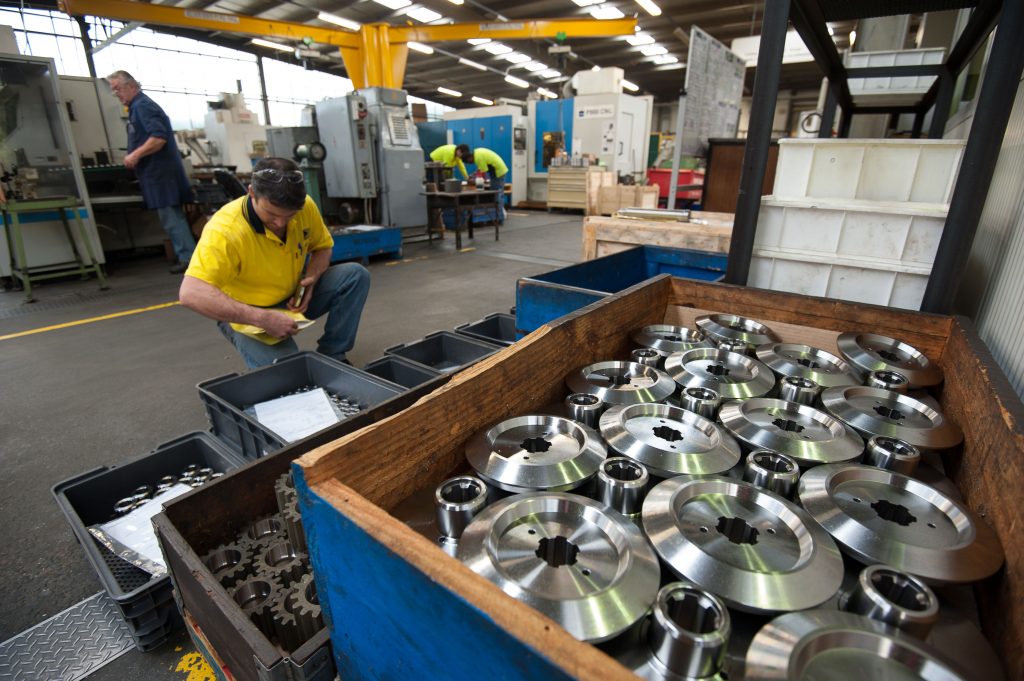 “Our local market is of extreme importance to us, but export is where our future growth lies,” said New.  “We supply into Chile, Hong Kong, New Zealand, Malaysia, the United States, and the United Kingdom, and 2013 saw our export market increase by 250%.”

At 65 and 70, Gordon and Terry have a succession plan in place: a young management team of four, all of who have a financial interest in the business. “Suffice it to say, we’re passing the knowledge along,” said New. “I’m coming to the AGMA annual meeting in April and bringing along our operations manager—he’s in his early 40’s. Gavin is heavily involved in the marketing aspect, having traveled to the U.S. several times, meeting gear people at annual meetings and attending future leaders meetings. Ronson Gear’s technical manager gets involved and undertakes study trips globally, as well.”

Gordon might have a little trouble letting go, however. “I love the gear business and the industry,” he said. “I love to get out and meet prospective customers. I love travel. I love networking. I’ll still be going along for the ride, even if they pension me off and I have to pay for it myself!”

For more Information:
Visit www.ronsongears.com.au to see if Ronson Gears can meet your gear production needs.