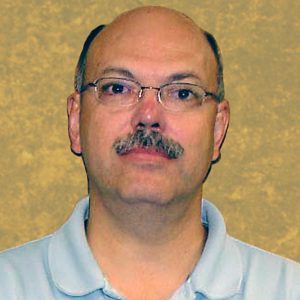 Could you give us a brief description of the company?

Sure. The Hawk Precision Components Group, or HPCG, is basically the powder metal operation for Hawk Corporation. We’re made up of four conventional P/M houses in the United States, as well as a metal injection molding operation, and we have a wholly owned P/M operation in Suzhou, China. We’re also looking to add an operation in Eastern Europe. HPCG employs about 600 people worldwide.

I understand that you’ll be introducing a new P/M compaction process at GEAR EXPO.

That’s correct. It’s a new processing technique that no one else in the world currently offers. In the past we haven’t been able to achieve properties common to wrought, or cast materials. And through our new process we’re able to take bronze and compact powder metal bronze, cold forge it, and we’re achieving the density and the properties of cast or forged bronze.

Hasn’t density been one of the major hurdles P/M researchers have been trying to clear in recent years?

Yes, that’s exactly right. It’s improved dramatically in the last 10 years, though, to the point that we’re now starting to reach near-full theoretical density. From what we’re looking at on the bronze side, we’ve been able to achieve about 99 percent full-dense material. What happened in our case is that we were running some tests on a bronze gear, and in the process we discovered that, through our pressing techniques, we were able to achieve extremely high densities, which gave us hardnesses that were comparable to cast bronze as well as good dimensional control and surface finishes.

I would assume that you’ve tested this process on other materials, as well.

Yes, we’ve worked with a wide range of materials, and we were able to achieve some very high densities in a single pressing action with ferrous materials. In the past everybody has looked at iron, where they’re hot forging it and able to achieve full density strengths. With iron, 7.8 is full density, and with our pressing action we’ve been able to reach 7.6. I’d say that 7.3 is the point that everyone’s been trying to get past in recent years.

Could you tell us a little more about the actual process?

We’ve started working with what’s called HVC, or high velocity compaction, where the process utilizes force rather than pressure alone. As our engineers describe it, during compaction you get a deformation of the material, and it reacts differently according to the speed of the compaction, as well as the amount of compaction that’s applied. And that is what’s forcing the material to achieve higher densities. We’ve spent about two years in R&D modifying the equipment and refining the process in order to reach these densities.

Who will benefit from this process, and in what way?

We realize there are a number of people who are using bronze gears that are now being cast or cut. What we’re looking at is producing blanks that can be cut by gear manufacturers, such as worm gears, and we believe we can give them a significant cost savings on the gear blanks that they can machine instead of using cast or forged bronze. At the same time, if it’s a standard gear such as a pinion, with this process we would be able to supply the finished gear, and at the same basic cost as what a gear blank would be. If it still needs to be cut, there will be that cost, but if it’s something we can compact that is within the realm of the tooling for powder metal, the cost is not going to be any different than what it is for a gear blank. And this is not just limited to gears, so other parts and components can be produced by the same method. The more near-net shape we can press, the less secondaries, and the more cost-efficient the process.