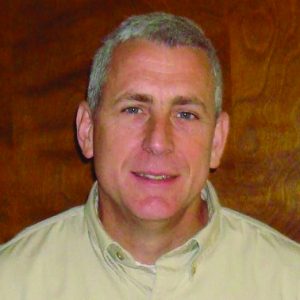 Your father passed away recently, and when we profiled Carnes-Miller Gear in the first issue of the magazine five years ago I recall you mentioning that he still came to work every day.

That’s true, and at 85 years of age he kept coming in right up until January of this year. He might’ve left a little earlier than the rest of us, but he was here taking care of the little things that you don’t really pay much attention to until they’re not getting done anymore, like filling the soda machine and getting rid of the scrap metal. So he will definitely be missed, but not just because you could count on him to take care of things like that. He was a real part of the community in Mint Hill, North Carolina, which is right down the road from where we are in Locust.

He was a deacon at his church and a founding member of the Volunteer Fire Department, and he was active on its board right up until his death. In fact, he called them from his sickbed to apologize for not being able to help out with the annual barbeque this year. And even though we’d planned to keep his funeral kind of small, so many people showed up that we had to move into a larger room. There could’ve been as many as 500 people there for the viewing, and even more for the service, and some of them were men he’d known 30 years ago when he was with a gear company called Perfecting Service Co. Maybe they hadn’t kept in touch, but they came to show their respect. It was quite a sendoff.

Didn’t you say that some of the men he knew in that job ended up joining him at Carnes-Miller?

Yes, and they’re still here. They were a lot younger than he was, of course, but they’ve stayed with the company all these years. And that’s really great for us, because we have their expertise to rely on as we expand into some new areas. One of them is gear grinding, which we decided to get into awhile back and has really turned out to be a successful enterprise for us, and a great complement to our existing capabilities. Precision grinding really kicks the knowledge required to do it right up a couple of notches, so we’ve been sending our employees to classes at the local community college and also taking advantage of some of the AGMA’s online courses. We wanted to make this move not only to be able to provide more services to our new and existing customers, but to help set us apart from other companies. You’ve got to carve out a niche for yourself.

That’s also why we decided to establish Powertrain Technologies, LLC, which handles gearbox design, development, consulting, and manufacturing. We wanted to offer design and manufacturing services for smaller lots because we saw a need for something like that, and I think the fact that we’re already working with companies like Goodrich and Northrop Grumman is pretty good evidence that we’re onto something. So we have the ability to offer both design and manufacturing services to our customers, but that doesn’t mean it has to be a package deal.

That’s one of the reasons we set Powertrain up as a separate entity—to make clear that a customer can go to David Parker, the company’s engineer, for a design or just a review of an existing design, and they are by no means tied to Carnes-Miller should the project be approved and move forward. But what’s most exciting to me about having Powertrain is that it allows us to get into building entire assemblies instead of just making component parts. We’re always going to take our lead from our customers, and we’re just trying to go where we think they need us to be.

Do you think your father could’ve envisioned all this when the company was launched back in 1973?

I don’t think he spent much time worrying about that kind of thing. Dad was the kind of guy who was happy as long as he could pay people’s salaries, pay his bills, and put a little money aside for the family. He believed in treating people right, and he led by doing. He wasn’t one to sit around barking orders, or to have meetings and put people on the spot. He just got in there, got dirty, and got it done. But you could always count on him. In fact, we’ve been trying to find the right words to describe him, and since he was a Marine in World War II we think their motto applies to him, too—Semper Fi, always faithful.