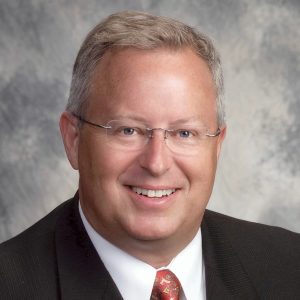 Tell us a little about your background and how you came to launch the company.

I’m a graduate of Embry–Riddle Aeronautical University, which is sometimes referred to as “the Harvard of the skies.” I was president of the student body while I was there, and then a member of the board of trustees afterwards. Some years later I was flying medivac for heart and lung transplants when a friend sent me an article about cryogenics. It said that when a twist–drill bit was treated at 300 degrees below zero, its service life was extended by as much as 500 percent.

That’s when I had my “eureka moment,” because I’d been looking for a business to get into. I dug into the data and ended up contacting Ed Busch, who had developed a commercial deep cryogenic processor. He had tried to market the process, and the equipment, with a couple of different partners, and they hadn’t really managed to get things off the ground. So I made a list of pros and cons, with the former far outweighing the latter, and then I decided to go and meet with Ed. He was 80 years old at the time, and I basically had one question for him: “If you could do it all over again, would you?” Without even hesitating he said “Absolutely, I’ve loved being involved in this business,” and that’s all I needed to hear.

So I started 300° Below in the basement of my home, with $400 and an old 286 computer. But that computer was an integral part of my plan, because I’d read that you could use them for process control, but I had no idea about how that worked. So I started experimenting with my wife’s hair dryer, trying to figure out how to use the computer to turn it on and off, and I was finally able to make it work. Then I wrote a “time over temperature” program and connected the computer to the machine Ed had developed—based on an air recycler for submarines—and switched it all on. I didn’t know whether it was going to blow up in my face or not, but it worked, and it ran through its first cycle without a hitch. That’s when I realized I was onto something, which my wife was really glad to hear because I’d already gone through a couple of her hair dryers by then.

Your customer list is very impressive, so things have clearly progressed since then.

Yes, they have, but I went for about three years without a paycheck before I sold my first unit, just because it was a technology that few people knew much about at that time. But that’s changed, too. An important turning point involved NASA, where I knew people from my days at Embry–Riddle and was able to get on the bid list to process an optical bench that flew on the Cassini space probe, which has sent back such impressive images of Saturn. Well, NASA sent someone out to do a test run, and he was amazed when I simply typed in his coordinates and walked away, because he was expecting me to spend an hour or two programming it. He stayed with the machine all night, and then he wrote in his report that, based on his findings—and his 15 years in the space program—this was the most accurate system that he’d ever tested, and that we’d won the contract.

We’ve since placed our equipment at NASA’s Langley Research Center and the Lawrence Livermore National Laboratory, which is about as high–tech as you can get. We’ve also received a citation from General Motors for saving them around half a million dollars by treating a hob they use for boring cylinders in engine blocks, and another from Toyota for doubling the life of molds they use that cost $70,000 apiece. So we were able to save them more than a million dollars, and we’ve done the same for other clients, including the U.S. Army and Navy, Boeing, Ford, and Chrysler, just to name a few.

I’d like to ask you the same question you once asked Ed Busch—would you do it again?

In a second, and I’ll tell you why. While Ed developed the technology, I was the one who married it to the computer, but thanks to him I’ve had the best career anyone could hope for, because this work has taken me into every conceivable type of manufacturing environment. I’ve been down in coal mines, I’ve seen how different types of gears are made, and 300° Below was even featured on the Discovery Channel! Although we aired opposite the World Series, we still received more than 28,000 inquiries from that—everyone from sixth–grade science classes to the president of Monsanto—which set a viewer response record for them at that time. It was unbelievable. But it just goes to show you that people are interested in what we’re doing, and that we’ve managed to bring cryo–processing into the mainstream over the years. But when you’re able to extend the life of the parts you treat by 300–500 percent, you find that people are more than willing to listen to what you have to say.