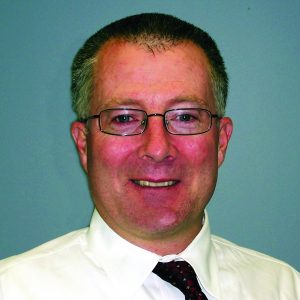 I know that Wilcox Associates developed the PC-DMIS measurement and inspection software that serves as the interface of many metrology devices currently on the market. Talk about what went into that, and why it’s been so successful.

In the early eighties coordinate measuring machines were either highly labor intensive to operate or required a specialist in computer programming to develop programs that could repeat a measurement operation. Even then the programs were very rigid, in the sense that they were difficult to edit, and to measure anything less than 100 percent required a separate program for each operation.

One of those specialists, Bill Wilcox, knew there had to be a better way. Knowing the dimensions were the goal of any inspection he developed a system where you could identify which dimensions were needed, and the necessary features would be called into play automatically. In addition, the probe would know how to clear the part without being given specific move points. All of this was originally done on large “minicomputers” before the advent of the PC. Once DOS became prevalent development continued on that platform and then transitioned to Windows, where it continues today.

Also, while the software has evolved many times over, an upgrade path for existing programs has meant that no previous programming efforts are lost in order to be able to stay current with the newest functionality. PC-DMIS has evolved to become the de-facto standard of coordinate measuring machine software because of its ease of use and it was hosted on a system many people were already familiar with, as well as the aggressive addition of functionality over the years to suit customer’s needs.

With a basic understanding of geometry, and a short course in the operation of the software, inspectors can be ready to go in a very short period of time. One of the areas where PC-DMIS excelled, and long before competitors, is in using CAD geometry to program the required inspection. This not only sped up the process, but it greatly reduced errors from transferring dimensions from a paper print to the inspection program code. All the nominal data, not only for the geometry but also for the relationships, was automatically extracted from the model.

Another area where PC-DMIS changed the industry is its ability to simulate the inspection on the model and identify any source of potential inspection programming errors before the part even existed. This served to speed up the overall manufacturing process, while simultaneously reducing the cost. The programming path could be viewed multiple times and from various angles on the computer screen. Even the report could be viewed and printed, allowing any manipulations to get it in just the right format, again before the actual inspection even takes place.

What are the benefits of using a CMM for gear inspection, and what types of gears can be inspected? Also discuss how the PC-DMIS software supports and enables the process.

Gears have always been a highly specialized area of inspection. With its dedicated calculations, even the best of the bench inspectors were usually not able to work with the details of gear geometry. Dedicated gear inspection hardware, which was extremely expensive, was the only way to identify manufacturing issues. Being able to automate the inspection, using a relatively low-cost piece of equipment that was probably already available in the shop anyway, brought gear inspection to the “common folk.”

There are several types of gears that PC-DMIS Gear Inspection Software can work with. These include straight spur gears, helical spur gears, straight bevel gears, and spiral bevel gears. Each has its own unique definitions, dedicated algorithms, inspection requirements, and report graphics. One inspection software package can handle them all. Similar to conventional machined parts the gear can be fixture, aligned, and inspected on the CMM worktable. It can be inspected with a conventional touch probe, more advanced analog scanning probes, and even potentially with optical probes for certain types of gears. This allows for a gear to be inspected without requiring expensive fixtures, hardware, or sensors.

The gear software has a front-end user interface that facilitates data entry to plug in the key characteristics of the gear such as tooth quantity, pitch diameter, and helix angle, etc. Once this is done, and after a short alignment procedure, the gear can be automatically inspected and the report produced in a matter of minutes. This software can handle partial gear geometry, and even skip teeth in case of a damaged gear. Much like the core package, PC-DMIS gear software makes gear inspection available to more shops at a fraction of the cost previously associated with gear inspection.