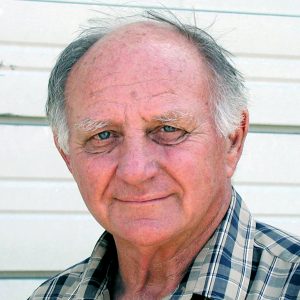 How long has your company been in business?

I spent 34 years working for a division of Allied Signal, and when they had the big layoffs in 1991 and so many of my coworkers lost their jobs, I decided that I didn’t want to go through anything like that again, so I left my position and started this company in 1992. That allowed me to hire men who had years of experience under their belt, because we’d been doing rebuilding and retrofitting for decades at that point. That’s all we’d ever done.

How have you weathered the economic downturn over the past few years?

Everybody seems to have a cash-flow problem right now, so they’re holding their cards pretty close to their chest. The big companies are wanting to put 10 or 15 percent down and make full payment once a machine is actually on their floor, and I can remember that from when I was with a big company–that’s just how they operate. But when you’re a smaller business and you’ve dumped a couple hundred thousand dollars into a machine, rebuilding it and putting new electronics on it, those terms are kind of hard to take. It’s hard to keep cash flow going when it happens that way. When I first started out I was so busy that I could juggle money around, but there’s not as much of it to go around these days, and everything is very competitive. People go out and get quotes, so in order to get the job you’ve got to be the low bidder, and it’s all more complicated and time-consuming than it used to be.

Do you offer any specialized services?

The equipment that we work on itself is pretty specialized, and we get involved in machines that do spiral bevels, and helicals, and straight gears, and we do a lot of grinders. We’ve also designed and built some cells, which is something we really like to do. If there’s high enough volume involved, we can design a two- or three-man machine cell that will really save the customer time and money in the long run. For example, I spoke with a guy recently who was interested in a cell, so I asked him what he was doing and how many parts he wanted to produce, and then I made a site visit to see what he already had in place, in terms of feed speeds and horsepower. Once we have all of that information we can design a cell–which in this instance involved two robots and a machine–including the delivery and transport system. So we’re prepared to get involved in the process to whatever degree our customers require.

Do you mostly work in the aerospace industry?

Most of it has been aerospace work, but we’ve done some for the automotive industry, too. I’ve also started buying and selling machine tools to help keep us going. Other dealers have been doing that for years, but it’s a new area for me. Our primary function when we started was retrofitting and rebuilding equipment, and that’s still what the majority of our work involves. I believe that I can take older machines, recondition them, put in new controls and add robotics, and I can take your high-volume, tedious jobs and allow you to produce that part for less money every year. Plus it doesn’t cost as much to retrain a robot.

What changes have you seen in the industry since going out on your own?

All the jobs being outsourced overseas has really had an impact, and also the fact that companies don’t seem to be investing in training or placing the same value on experience as they once did. One of the most valuable commodities a company has is an experienced workforce, and all the guys who’ve been trained and have learned on the job are retiring now. And companies think it’s easier to hire someone straight out of school and pay them less instead of paying someone with experience what they’re worth. I’m not saying that these new hires aren’t intelligent, but a degree in management or an MBA isn’t the same thing as years of experience on the manufacturing floor. It used to be that if a guy was aggressive, worked hard, and knew what he was doing, he could spend 12 years in a particular trade and then shift into engineering, or manufacturing, or programming, or planning, or maybe become a supervisor. People were promoted from within, and they had a future. But they don’t do that anymore, and that’s a shame.

MORE INFORMATION  For more information contact Ray Jaeger at (602) 244-1507, or send e-mail to sales@cncmach.com. The company’s website is www.cncmach.com.