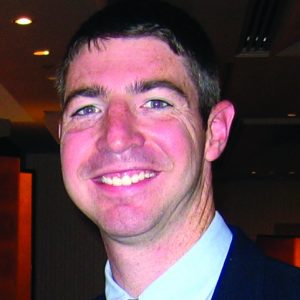 When was the organization founded, and who was involved?

The first meeting of the American Bearing Manufacturers Association was held in 1917 in New York City. At the time it was an informal committee formed to aid the production of bearings during World War I. While most of the companies represented were based in the United States—as is still the case with our membership—some international manufacturers were present. Many of those founding companies no longer exist independently, with years of consolidation and acquisition in the bearing industry. Of the top six or seven global bearing manufacturers, all manufacturer in the United States, but only The Timken Company is a U.S.-headquartered corporation.

Does the ABMA have counterparts in other countries?

Yes, we do. For instance, there are bearing manufacturing industry associations in China, Korea, India, and Brazil, among other countries. In 2006, ABMA, along with our counterpart in Europe, the Federation of European Bearing Manufacturers Association, and in Japan, which is the Japanese Bearing Industrial Association, created the World Bearing Association. This organization is focused on issues dealing with the global bearing industry, including counterfeiting and the environment.

Can you give us a snapshot of the ABMA’s primary activities?

Well, since our inception we have been the collective voice of the U.S. bearing industry. Today our association is focused on a few key areas, including education of its members, standards development, and the collection of industry statistics. We’ve long been involved in industry standards development. Our standards program is very active, and we are the bearing standards developer for the United States and secretariat for a number of related ISO technical committees. I’d say that two of our major thrusts at present involve education and employee recruitment and retention. When it comes to education, since 1995 we’ve offered courses aimed at training bearing engineers.

Our most popular courses involve essential concepts and advanced concepts in bearing technology. These courses are led by Professor Ted Harris, a former SKF employee who is currently on the faculty at Penn State University. We also joined forces with the AGMA to teach a course on bearing failure at the recent GEAR EXPO in Detroit, and we’ve entered into a partnership with the Society for Tribologists and Lubrication Engineers to offer a course to their members. So we’re not only training people in the bearing industry, but also those in related fields about our industry.

As I’ve mentioned, one of our major initiatives for the coming year involves employee recruitment, and we’re in the final stages of developing materials such as a brochure that we’ll be able to offer online and as a printed piece to share with career placement offices and engineering departments at a number of universities that our members have long-time, ongoing relationships with. The idea is to make students who are considering what fields they might like to enter aware that the bearing industry exists, what it entails, and what you should study in order for it to become a successful and vital career path. As is the case with any manufacturer, we need to overcome the image of “industry” as involving manual labor alone and make clear to them that technological advances have literally transformed the workplace.

Sure, manufacturing still takes place, but it’s much cleaner than in days past, and professionals in areas such as application, computer, design, and mechanical engineering are at a premium. This material is being developed by our HR committee, which is made up of representatives from more than a dozen of our member companies, so we’re beholden to them for this important and useful contribution.

That’s definitely our goal. The way I look at the ABMA is that it’s a national association with an eye also trained on international concerns and events. We want to help ensure a strong U.S. manufacturing sector for the bearing industry while encouraging global success for the industry, and one way we’re achieving this is by working to understand the worldwide supply chain network in order to enhance manufacturing overall.