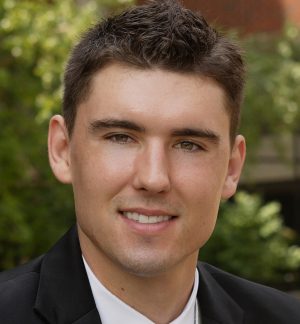 Increasingly stringent operational requirements from customers coupled with enhanced global technical standards have heightened the focus of gear designers on a wide array of parameters that historically would have been of secondary consideration; one such design parameter is surface finish. This article is the first in a short series that will cover a specific subcategory of surface finishing technology, isotropic superfinishing. Here, we introduce the topic and frame it against alternate finishing techniques. Subsequent articles will focus on further details about the process.

To start, it is important to understand what is meant by surface finish and superfinishing. Surface finish refers to the micro roughness found on the surface of a component that is created during the manufacturing process. It is not a reference to the profile or net shape of the component. Traditionally, surface finish has been categorized in terms of roughness average (Ra). Increasingly, parameters such as Rz and Rmr are being utilized to more precisely govern the final finish requirements of gears. Derivatively, gear designers are more routinely requiring lower roughness values to increase overall component performance.

Superfinishing is an imprecise term for a range of manufacturing techniques that produce enhanced surface finishes. Superfinishing is usually considered to be a process that creates a surface smoother than conventional machining, predominantly grinding. Although different companies and entities may apply their own definition to the term, in general, surface finishes below 0.25 µm or nominally 10 µin can be defined as having a superfinish. Processes such as honing, tape polishing, super grinding, and vibratory finishing are a few of the methods that one can employ to achieve a superfinish.

What Is Isotropic Superfinishing?

The term isotropic superfinishing was coined to differentiate a specific subset of superfinishing techniques based on the texture that is created on the surface of the component to which the technique is being applied. In a general sense, the word “isotropic” means uniform or invariant in all directions, and in this application, it is used to describe a non-periodic or randomized surface texture. In contrast, techniques like honing, tape polishing, and super grinding create a repeating, periodic texture (otherwise classified as anisotropic), which, to the naked eye, appears as directional scratch marks or “grinding lines.” Periodic surfaces are created by the use of an abrasive cutter moving in a predefined direction for the purpose of removing material from a component. (See Figure 1.)

By defining the path of motion, the generation of directionality in the surface finish is inevitable. This distinction of surface texture does not differentiate between periodic and non-periodic surfaces relative to achievable surface roughness averages (Ra); it is simply to note that the mechanics of the surface will be different during contact with other surfaces (e.g., two meshing gear flanks) and, as such, will exhibit different performance capabilities. For isotropic surfaces to be formed, the cutting tool’s path needs to be effectively random in terms of direction, and the surface that is created must be planarized or flattened. (See Figure 2.)

Such surfaces no longer exhibit the repeating peak-and-valley asperities that define periodic or anisotropic surfaces.

Chemically accelerated vibratory finishing (at REM, this is referred to as the ISF® Process) is a form of isotropic superfinishing that has found increasing relevance to the gear industry over the past decade or so. Although it’s not the only isotropic superfinishing process available, it has shown the widest scope of capabilities in terms of gear type, tooth module, overall size, net weight, and profile control.

Chemically accelerated vibratory finishing is commonly, but not exclusively, performed in a vibratory tub or bowl. The requirement of the machine is to act as the processing vessel and induce a random motion.  The vibratory equipment is filled with non-abrasive finishing media of a controlled size and shape. The components to be finished are submerged in this finishing media, and a chemical compound is introduced to form a soft “conversion coating” on the component’s surface. This coating is chemically stable but mechanically unstable (i.e., soft), allowing it to be easily removed through the rubbing action of the non-abrasive finishing media. The repeated reaction and removal create a leveling effect where the chemical serves as a catalyst reducing the energy required to remove material from the surface of the component while also controlling the overall speed of refinement.

Given the importance of minimizing tooth profile deviation and the common use of involute profiles whose net shape creates difficulties for finishing processes, the key advantage of chemically accelerated vibratory finishing over other superfinishing and isotropic superfinishing techniques is its ability to uniformly remove material across the entire tooth profile while also generating a high-quality surface finish (typically an Ra ≤ 0.10 µm or nominally 4 µin).

Without delving into the details of the various benefits associated with an isotropic superfinish, it’s salient to note some advantages for components such as gears and bearings. These include: reductions to friction, operating temperature, and vibration/noise (NVH); increases in efficiency, lambda ratio, load-carrying capacity, contact fatigue resistance, and bending fatigue resistance; elimination of component run-in characteristics; and reductions in lubricant needs (in terms of preventative additive packages, viscosity requirements, etc.).

The Evolution of the Process

Vibratory finishing has been used for decades as a means to deburr and clean parts. This deburring and cleaning is accomplished through basic mechanical finishing facilitated by abrasives, either in free form or fused within the finishing media itself. Vibratory finishing in this embodiment is useful in that it allows for mass finishing of components in a consistent and semi-automated fashion, therefore unburdening workers. However, limitations to this style of process do exist relative to part geometry and critical feature design tolerances. Attempting to superfinish a gear using such a setup is not viable given the preference to remove more material in the addendum region of a gear flank as compared with the dedendum. This preferential finishing is caused by the “v-shape” of gear tooth spacing. This v-shape alters the finishing media flow and therefore impacts the material removal capabilities of the process between the addendum and dedendum of the tooth. (See Figure 3.)

The breakthrough that ultimately led to the chemically accelerated vibratory finishing processes that various industries employ today was achieved in 1984 when it was discovered that carbon steel components could be refined at a faster rate via the introduction of an active chemistry into the vibratory apparatus (U.S. Patent 4,491,500). The harnessing of the aforementioned conversion coating resulted in significant cycle time reductions. A further advancement was discovered in 1987 when it was determined that non-abrasive media could be utilized to achieve equivalent material removal rates as well as a higher quality of surface finish (U.S. Patent 4,818,333). These advancements led to the widespread adoption of the process in decorative and other applications that previously relied heavily upon hand polishing. (See Figure 4.)

The first known application of chemically accelerated vibratory finishing on a metal-to-metal power transfer component occurred in 1990 when isotropic superfinishing was tested on bearings. The testing yielded impressive results, most notably that the isotropic superfinish was shown to be superior in performance as compared to honed surfaces with similar Ra values. From this first use of isotropic superfinishing on bearings, the process jumped into the gearing world via the motorsport industry. By the late 1990s, both the military and the aerospace industries were studying various surface treatments, including coatings and abrasive superfinishing processes, to enhance component performance and durability. This interest in improved component performance led to extensive testing of REM’s ISF Process. These studies served as the foundation for the discovery of many of the now-known benefits of the isotropic superfinish. Additionally, the testing verified that the chemical accelerators utilized in the process do not create metallurgical degradations such as hydrogen embrittlement and/or intergranular corrosion, nor does the process produce a surface too smooth for lubricant retention. With the establishment of these benefits and the debunking of the concerns surrounding the process, isotropic superfinishing began to be adopted across a wide range of gearing applications, including helicopter transmissions, earth-moving machinery, and wind turbine gearboxes. (See Figure 5.)

While the original discoveries that led to the invention of chemically accelerated vibratory finishing occurred in the 1980s, many advances have been made over the years. These advances include chemical developments to allow the process to function with a wide variety of metals including stainless steels, titanium, and superalloys as well as adaptations of the mechanical elements of the process to accommodate increasingly complex components. The most recent advancement to isotropic superfinishing occurred in 2009 with the invention of chemically and mechanically accelerated superfinishing processes (called the Rapid ISF® Process by REM). These processes reduced the required cycle time to produce an isotropic superfinish from several hours to several minutes for applicable gears and components. (See Figure 6.)

The importance of surface finishing in the gear industry will continue to grow. To this end, it will be important for all gear design permutations to be considered and maximized. The next part of this series will explore the detailed benefits and applications of isotropic superfinishing to help better equip the gear manufacturing industry to meet the increasing performance demands of the customer. 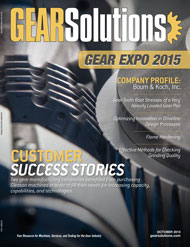