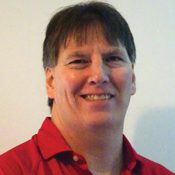 Please tell us a little about your background.

I graduated from University of Missouri-Rolla, now called Missouri University of Science and Technology, with a Bachelor of Science in Mechanical Engineering. Through the co-op program, which I recommend, I became acquainted with the Dorris Company in St. Louis that manufactured industrial gearboxes for 50 years before closing its doors in 2005. They were active members of the American Gear Manufacturers Association (AGMA), and it was through the support of George Dorris and his brother Andy that got me involved in AGMA and in the Computer Programming Committee.

What’s your role in the AGMA committees and the benefits?

I am chairman of the Computer Programming Committee and participate in the AGMA 925 micropitting efforts of the Helical Gear Rating Committee. In the past, I have served on the Enclosed Drives and Wind Turbine Committees.

The non-technical benefits to the committees are the relationships you build. You have a chance to get involved with experts who are available and happy to talk with you. Sometimes, you have competitors in the group, but, when coming up with a program or understanding a standard, it is all about the effort versus anything happening in the marketplace. Building those relationships and learning from each other is one of the best benefits that I see from being on the AGMA committees. Where else do you get a chance to visit directly with experts in the lubrication field, for example, or those who have worked in academia with physical testing and actual results. Or, take materials, for another example. One person in the group may say, this material doesn’t hold up, and another person says, well, when we manufacture the material, here’s what we put into it. Another person may say, we used the material, and it worked very well. Until you get those kinds of discussions, it’s hard to match reality to what’s on these pieces of paper that are the standards. So those benefits of getting the information straight from people who live it everyday … that is invaluable.

Also, AGMA committees and the work on the standards and information sheets help provide things you can try to do to prevent common failures. Knowing what can happen, you come up with solutions so that it does not happen again. That knowledge base is also invaluable for people like me, a gear consultant, trying to help customers who have broken a gearbox or are having continued failures.

What gear training would you recommend for someone new to the industry?

AGMA has a number of basic and advanced training courses. That’s probably a fast track into gear design to learn more about the industry. In the courses, you have a chance to visit with people on a personal level, and you can learn this craft called gear design. Ideally, you could work under someone who would act as a mentor. If I were a company owner who needed a gear engineer and I had hired someone straight out of college, I would get them immediately involved in the initial gear design books, get that person looking through AGMA standards to understand the terminology, and take the initial classes through AGMA. If you don’t have a mentor, gear consultants, like myself, are also around who could act as an impromptu mentor for a young engineer.

Tell us about your consulting business.

I consult with companies on an as-needed basis and work with them on finding a solution to why something is breaking or to develop a new or modified design. My clients are companies that manufacture industrial gearboxes, wind turbines, and any industry that uses parallel shaft helical gearing to transmit a load. I not only look at the gearing itself, but also everything that is associated with it — the shaft that the part is mounted on, the bearings that hold it, the seals, how it’s supported within the housing, as well as accommodating manufacturing limitations of the client to be able to solve the problem. That is all part of the fun of what I get to do.

What project are you working on now?

Right now, I’m working with a client who’s committed to helping with the power density aspect within gearing — one of the biggest challenges I see in the industry. As gears get smaller, we’ve started to plateau in how much power they can carry, yet the needs for that compact package are even greater, while maintaining costs of manufacturing and meeting fuel economy requirements. But how do you move to the next step? The involute curve — the geometry that allows everything to roll nicely together — was a wonderful discovery and works with spur gears. But once you add the helix, then things start to get interesting. With heavier loads, everything starts deflecting. The tooth surface of your modern gearing is no longer a pure involute shape because it has to be modified to accommodate flexures within the teeth themselves, the shaft they are attached to, the housing, and lubricant necessities to maintain film thickness. The modern CNC machines allow you to make modifications to accommodate adjustments, and there are analysis programs that can map and model that tooth surface to tweak all aspects, so the gear tooth can carry the load. But now when you look at it, it’s not an involute curve. It’s a unique curve for the application. So, the client I’m working with, Genesis Partners LP, will have a booth at Gear Expo 2017, introducing examples of traditional involute technology and how it compares to the new technology with physical examples. One of which is the early test gearing for wind turbines. We will be showing different types of drives — the traditional and the new that carry the same loads but are much smaller. We will also introduce an application where you can put in the involute data and see what the new tooth form would do for you, as far as torque or for size reduction.

I think we will be seeing more traditional companies — that are putting high loads to the gearing — looking at alternative nontraditional tooth geometries just out of necessity.