The following discussion is not about six-sigma or even three-sigma practices. It focuses on my experience assisting a recent heat treater. The calls I receive for help are from experienced or novice heat treaters and sometimes even from those who have no experience at all. So, finding out why their furnaces are not producing the expected outcome can be challenging.

Maintenance consists of two schools of thought. First, there’s preventative maintenance (PM) where the system is shut down at scheduled intervals for inspection of critical components and replacement of consumable fluids. Second, there’s the option to wait until the furnace stops producing acceptable parts or just stops functioning completely. Obviously, waiting until the furnace stops is not recommended. Unacceptable parts mean that the parts emerging from the furnace indicate that the system is just reaching the not-capable threshold. The type and frequency of that nonconformance depends on the type of furnace you have and the measurable used to calculate the standard deviation for the sigma score.

Core and effective case depth (ECD) hardness are measurables in heat treating; other measurables are the surface hardness, decarb, or specific distortion metric. It could even be the part’s temper color. Bright (no color) or a hint of color is a “go/no-go” test, meaning it passes or fails.

Nonconforming heat-treated parts can occur suddenly or slowly over a few days or weeks. For this discussion, I’ll concentrate on the atmosphere and quench process for an endo gas integral quench batch carburizing furnace.

Unless the furnace’s historical data trend indicates a less-than-desired temperature, dew point deviation and carbon potential in the post-process part inspection is the only method of evaluating conformance and, by then, it’s too late.

Just recently I received a call from a maintenance supervisor for an OEM heat treat where the core hardness of carburized 8620 sun gears were failing to meet the specified core hardness of 35 HRC. The measured core hardness was falling in the 29-HRC range, and the ECD was also suspect of being less than desired, but that point was not totally clear. Typically, in such instances, the caller is lacking information needed to start a possible diagnosis.

My quiz process started like this:
Q:    When did the parts begin missing the most critical specification?
A:    That’s not completely clear. Maybe a couple of weeks.
Q:    What, if anything, has been done to the furnace or oil quench since the issue surfaced?
A:    We’ve replaced the agitator’s VFD drive because we were getting unusual fault readings, and we thought the agitation might be inconsistent.
Q:    Where in the load are the non-conforming parts positioned?
A:    They’re everywhere. We take several samples from the top center and bottom of the load.
Q:    Do you calibrate your oxygen probe with shim stock tests?
A:    Yes, and they agree.
Q:    When you open the vestibule door, with the flame screen off, can you observe the oil level rise about 6 inches in the center of the quench chute when the agitator is at fast RPM?
A:    Haven’t done that, but we’ll try it.
Q:    Are the gears racked, shovel or randomly loaded, or stacked in layers?
A:    Some are racked and some are layered, separated by screens.
Q:    Can you send me a photo of a typical load that is producing bad gears?
A:    Yes.
(The photo showed small gears loaded horizontally on rods extending from a center vertical post. All gears were positioned touching each other. The caller also offered that they do take the load’s surface area into consideration. But it has not determined how that information impacts their processing practice.)
Q:    Are you aware of any change in material due to purchasing changing suppliers?
A:    We’re in the process of verifying the Jominy hardenability now.
Q:    Until you receive that Jominy data, can you make a load of gears leaving one gear width space between each gear in the rack to make sure the quench oil can flow through the load?
A:    Yes.
(As of that last conversation, testing continues.)

Since the agitator VFD was replaced and even configured by AFC-Holcroft prior to shipping to the user, it remains a vital piece of the puzzle. When a process issue like this one occurs, it is rarely the fault of just one event. Generally, multiple people have a hand in inadvertently contributing to the problem by making faulty assumptions or decisions that are not related to but affect the outcome and that are made without heat treat’s input or knowledge.
In a case like the one here where core hardness is the parameter observed below specification, the contributing factors are these: 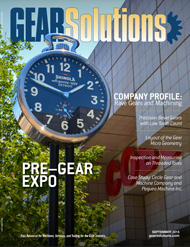