Kowalski Heat Treating Company is a place where people work hard to play hard. You’ll learn about how the patriarch of the Kowalski family and his wife pioneered their own heat treating company while also raising a family of 18 children.

Successfully raising both a family and a small business is a difficult task, but that’s exactly what Robert Kowalski and his wife, Carole, did in 1975 when they started the Kowalski Heat Treating Company.

After working for various commercial heat treating companies, Robert decided it was time to create his own startup heat treating company. He started Kowalski Heat Treating with the goal of providing high-end service to the tool and die industry. According to his son, Stephen, the current owner who now serves as the company’s president, Cleveland, Ohio, was the best place to do that in the 1970s.

“Back then, Cleveland was one of the premier tool and die hubs in the world,” Stephen said. “There was an incredible amount of tool and die work going on here, and Dad started Kowalski Heat Treating to address that need.”

Kowalski Heat Treating Company initially made a name for itself as a salt-to-salt processing heat treating company. It has since expanded its original 2,700-square-foot facility on Lake Erie to include a campus of six buildings at the same location.

Along with Stephen, Kowalski Heat Treating employs 33 people, including two of his sisters and two of his brothers. Its reach is primarily national with 95 percent of its business in North America. The balance is made up for the work done overseas.

Growing up in a small family company has its advantages. However, the Kowalskis were by no means a small family. From an early age, Stephen and his 17 siblings learned how to conduct business with adults in a professional setting as well as how to speak with those professionals intelligently and respectfully. These early life experiences and learning opportunities in the heat treating world confirmed Stephen’s desire to take over the family business.  After obtaining a BS in Business Adminstration from Miami University, and after many years working at different capacities within the company, including managing sales, quality  and operations, Stephen took over the business in 1997. 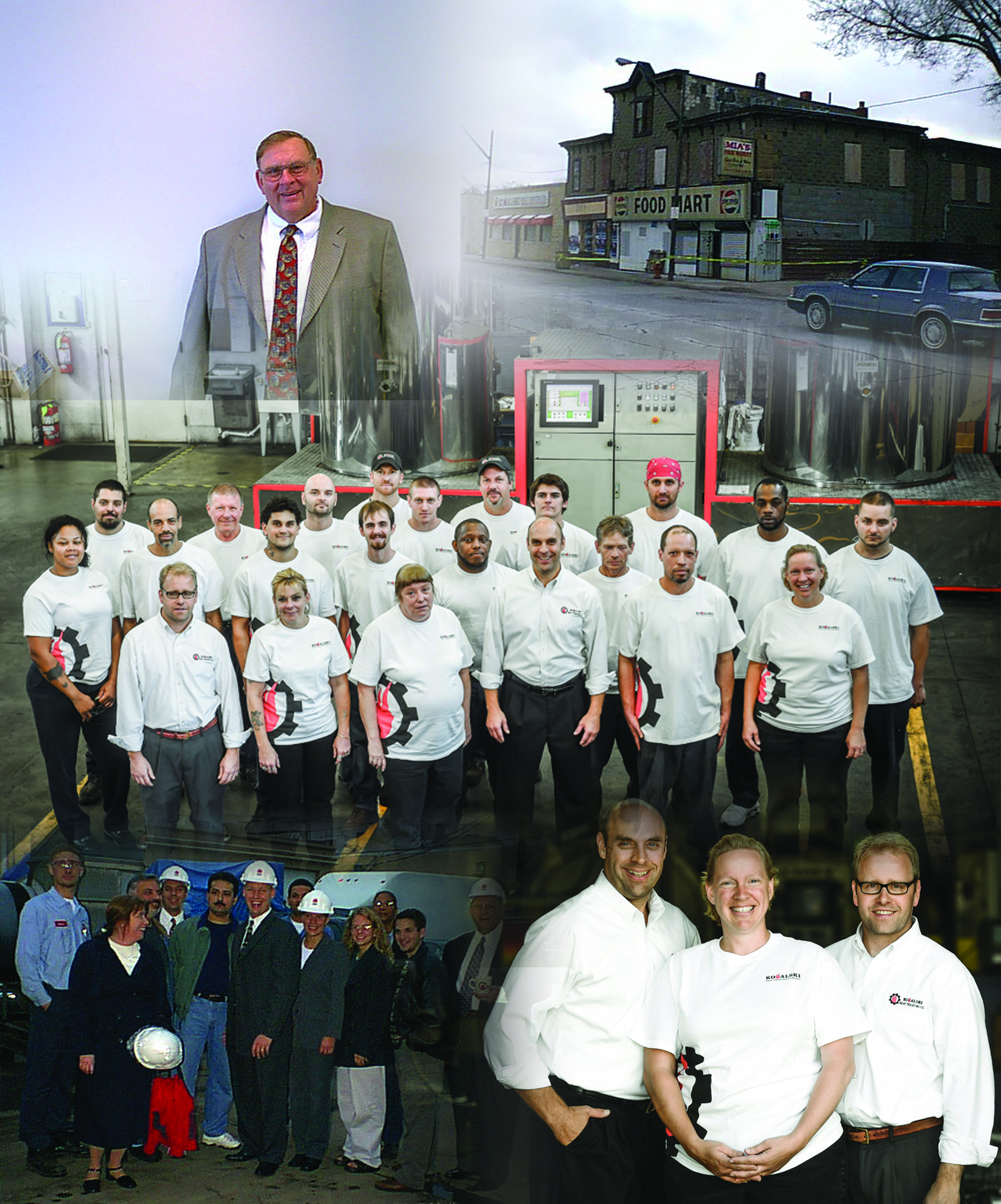 “Being a family business, you learn from a young age that you work hard to play hard,” Stephen said. “It really is a great philosophy to have because you learn what to do and how to do it efficiently with a specific goal in mind.”

Over the years, Kowalski Heat Treating has expanded on its salt bath core to include high-pressure quench vacuum processing, plasma ion nitriding, deep cryogenics, high volume rack salt-to-salt heat treating and, lastly, the K-FLAT division, which, according to Stephen, basically means that they do “a tremendous amount of round, flat stuff, both large and small.”

“If you can envision a clutch plate or a brake disc that isn’t flat and concentric, then they’re scrap,” Stephen said. “If you can’t keep something flat that needs to be flat, then your customer is making 12 of these components just to get the 10 they need, and then they’re left with scrap. So, we found solutions. It’s a great amount of tooling and infrastructure. We can do anywhere from one to millions of these round, flat things. That business is growing by leaps and bounds. By the end of 2015 Kowalski Heat Treating, will complete its latest expansion with over 50,000,000 pounds of controlled atmosphere tempering capacity.”

Take, for example, their plasma ion nitriding technology. Stephen and his team at Kowalski Heat Treating researched various options from around the world in search of the best available technology, and Stephen said he believes they found it.

“We see ion nitriding and ferritic nitrocarburizing being a growth industry, specifically in the gearing world,” Stephen said. “People are looking to these processes along with the modification of their material selection, to provide a more consistent and dimensionally stable outcome.  We have multiple systems here that can run 3 ½ x 10-foot shafts in our ion nitriding systems, and those systems can hold 20,000 pounds. So, we have a lot of capacity. However, we also have customers who give us one-off jobs that are extremely specialized, which aren’t a problem. With the technology we’ve acquired, we’re able to cater to the various needs of our customers.”

Additionally, according to Stephen, his family’s business has a longstanding history of exceptional employee retention.

“Our employees are Kowalski Heat Treating’s greatest single asset,” Stephen said. “We embrace technology, and we’re reinvesting in our business and our people. What we’re finding is that as the industries are evolving, the knowledge base that comes with experience hasn’t necessarily been formalized. Companies are losing talent as people retire, and those people didn’t pass along their knowledge on their expertise. Basically, you have to reinvent the wheel when you hire someone new as a replacement. So, we’ve developed training classes for every single one of our employees.  Our mission is to provide the tools required to make them better and more equipped at what they do. They all take in-class and on-the-job training. We’re a family business that genuinely enjoys what we do, but we work hard to be able to enjoy it so much.”

Like the family behind the business, Kowalski Heat Treating is constantly growing and looking for better ways to serve their customers. According to Stephen, that’s what motivated him and his team to restructure their business model and focus on the one thing no one likes to do —  the “pain in the a – -” (PIA) jobs.

“During the financial crisis of 2008, we looked at our business and asked ourselves what do we do well,” Stephen said. “We specialize in distortion sensitive processing, and our biggest market is the power transmission industry, which covers anything that moves — alternative energy, including wind, solar, auto, aerospace, military, nuclear, and outdoor power equipment. All of those sectors require components that are difficult to heat treat, from gears and shafts to spindles, clutch plates, and various styles of round, flat work. That’s when we realized that people keep sending us their PIA jobs because that’s what we do well. We decided that if we’re going to take on those difficult jobs, we needed to capitalize on that.”

So now, Kowalski Heat Treating handles all of those difficult, time-consuming jobs that no one else can do or wants to do.

“Most people don’t want to deal with problems, but for us, that’s exactly what we want,” Stephen said. “We’re looking for customers who have problem jobs. That’s our vision and our mission. Anybody can do the easy stuff, but we only want your problems. If it’s easy, you’ve already found three or four solid suppliers who can take care of your needs and do it well. We bring solutions to dimensional heat treating issues, distortion, and concentricity. We’re not saying that we know everything, because we don’t. But, we hope we can guide you in the direction you need to go. If after dealing with us, someone’s life has been made easier, then we’ve succeeded.”

“In the end, our goal is that when you talk to us, and when you see what we can do, I want you to have a smile on your face,” Stephen said. “You can go to anybody you want to provide you with a service — whether it’s a heat treatment company, your accountant, an attorney, or a restaurant — if they all provide the same level of quality as any other company out there with the same product or service, who are you going to choose? I think you’re going to choose someone who you actually want to work with; someone who’s decent, reliable, and positive, and that’s what we are at Kowalski Heat Treating Company.”

For more information, contact Stephen Kowalski directly at (216) 631-4411, ext. 221 or at skowalski@khtheat.com. Also, go online to www.khtheat.com to learn more about the Kowalski Heat Treating Company. 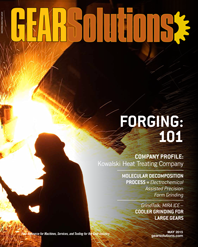