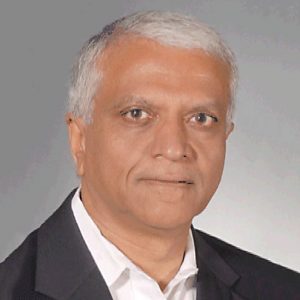 Tell us about your academic background and what brought you to the Gear Research Institute at Penn State.
I was raised in India, and my father was an engineer, so it wasn’t a difficult decision for me. I chose mechanical engineering because I like to see and feel what I’m working on. After I’d received my undergraduate degree I went to work for an institute that developed new equipment for the Indian machine tool market. I then completed my master’s degree at McMaster University in Ontario and earned my doctorate from the University of Wisconsin-Madison. A few years after earning my Ph.D.—I spent three years at Battelle Laboratories—I went to work for National Broach, where I was in charge of product development. That gave me a great deal of experience with parallel axis gears, spur and helical gears, and gear finishing and grinding, and I introduced a series of CNC machines for gear manufacturing while I was there.
I left that company in 1990 and joined the National Science Foundation in Washington, D.C., which basically funds academic research. After a few years in that position I heard of an opening with the Applied Research Laboratory at Penn State. This lab is classified as a university affiliated research center, or UARC, for the U.S. Navy, and they were interested in establishing a gear manufacturing research facility there. To make a long story short, they needed someone to head up the facility that eventually accommodated the Gear Research Institute. It had existed in the Chicago area since 1982, but we brought it to Penn State in 1996, about three years after I joined the university. In addition to being managing director of the GRI, I am also a senior scientist with the Applied Research Lab.
How is the institute structured, and what activities are conducted there?
While the GRI is affiliated with Penn State, it is an independent, not-for-profit corporation that is supported by membership dues and research funding. The institute is governed by a board of trustees representing GRI members, the American Society of Mechanical Engineers, and the American Gear Manufacturers Association, and our staff is made up of myself, a number of my colleagues on the university’s faculty, three full-time technicians, and graduate students from the College of Engineering. We have an Aerospace Research Bloc, where companies such as Boeing, Curtiss Wright Controls, and Timken, among others, join together to support research in that particular area. We also have single-client sponsors such as Rolls Royce and Northrop Grumman Marine Systems.
As for our activities, we do a lot of gear inspection, so we have very well-established capabilities in that area. We have a gear measurement lab equipped with two inspection machines and a coordinate measuring machine, and it is my opinion that we probably have the most comprehensive gear testing capability in the country. So we’re equipped to break a lot of teeth, whether that’s by single tooth or running gear fatigue, and we can test gears to their destruction. We carry out research for consortiums, individual companies, the federal government, and a host of other clients. We get to work on these fascinating projects, and they get the benefits of a team of academic researchers tackling the challenges faced across the gearing spectrum, whether that be aerospace, automotive, or industrial. And we really don’t look at the value of the projects presented to us so much as whether or not we can offer a solution.
What are the institute’s areas of particular expertise?
There are two main areas that we get involved in, both of which I consider to be my own specialties as well. One is the affect of manufacturing on durability, especially the finishing processes on components such as gears. Another involves looking at a variety of materials for gear applications, which mostly involves steel at this point in time, but the next few years will probably see us examining materials such as high-temp alloys. We also get into research involving gear noise and various finishing technologies. So you can see what an incredible resource the Gear Research Institute is for this industry, with the added benefit of getting engineering students excited about gear manufacturing.
MORE INFORMATION
Suren Rao, Ph.D. contact him at (814) 865-3537 or sbr1@psu.edu. He is with the Applied Research Laboratory at The Pennsylvania State University. The author wish to acknowledge the support of the Aerospace Bloc of the Gear Research Institute for conducting the effort described in this paper. To learn more go online to [www.gearresearch.org].