Picture this: You’re transporting a vast sheet of metal high in the air across the shop floor using an electromagnetic material-handling device when your facility suddenly loses power. Although the device has switched over to its backup battery, it is quickly being drained, and you know that thousands of pounds of hard steel will soon come crashing down, damaging equipment in the process. Sounds like a nightmare, doesn’t it? But one that can be avoided, according to James Harrison, design engineer at Alpha Workholding Solutions.

“While electromagnetic equipment requires constant power, our permanent electromagnetic material-handling devices only need a burst of power when you’re ready to go to work and they remain activated without a power supply until they’re deactivated once the job is done,” he says. “Not only will that protect your workpiece but, more importantly, it’s a huge safety feature that will help you to avoid workplace injuries.” 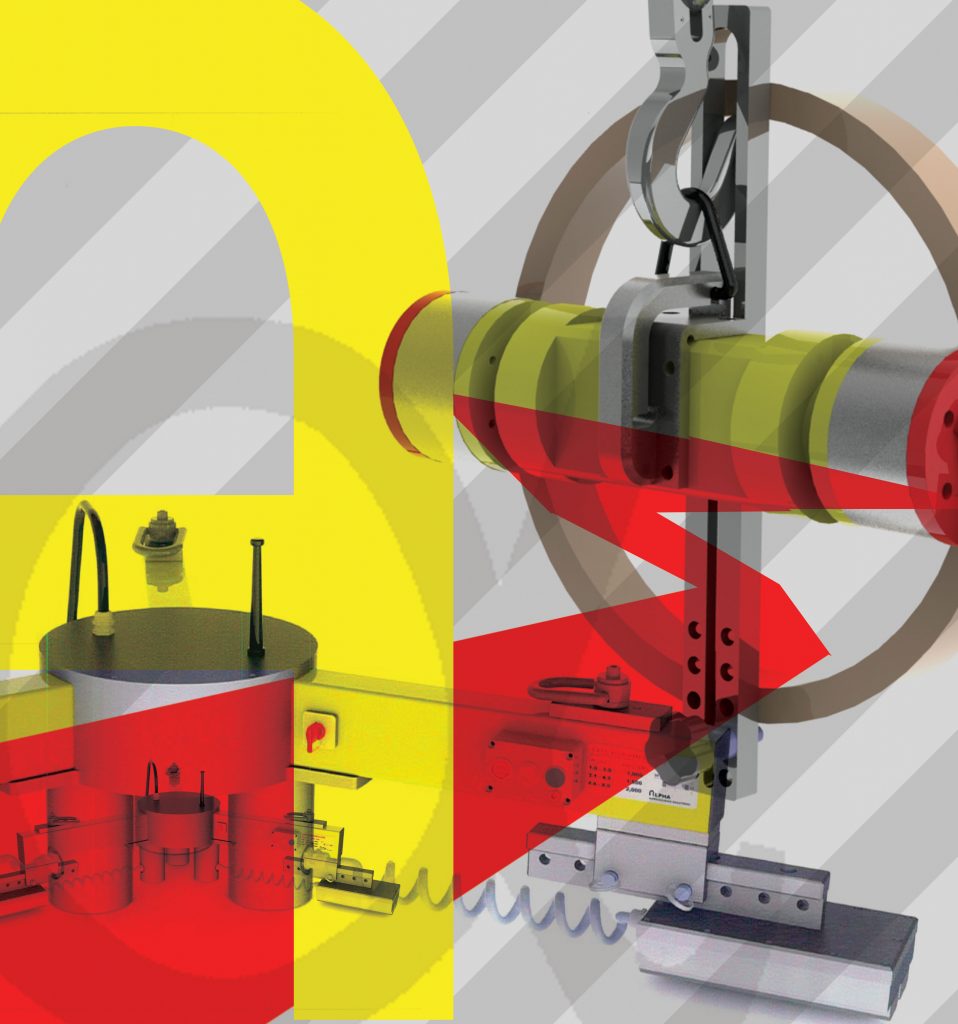 That’s just one example of how Alpha’s magnetic workholding and lifting equipment can benefit your production process. In addition to its Eagle Lift line of material handling devices, the company also offers milling magnets—the AMR, or Alpha mill round milling chuck; the ABP (Alpha bi-polar) magnet for round stock and heavier milling applications; and the A-Pod and newly introduced R-Pod modular clamping systems—the ARP (Alpha radial pole) turning magnet, and the Alpha Grind workholding device for grinding operations. The company also offers custom-designed systems and modifications on each of the devices found in its standard lines.

Alpha Workholding was launched in 1998 by Simon Barton, a magnet designer with decades of experience to his credit. He developed and patented the “round pole” technology utilized in the A-Pod and AMR chuck. “The advantage of this technology is that the poles are in perfect balance, which not only generates up to 1,500 lbs per pair of clamping force, but also keeps the magnetic flux controlled within the workpiece,” according to Richard McDaniels, sales engineer. “Plus we offer a full-metal surface, which is rare since so many of our competitors use a resin filler. And we’re the only source for the round pole technology, since it is patented.”

Another major benefit of the A-Pod involves the money that can be saved by spacing the poles across the span of a large workpiece, eliminating the need to purchase huge, solid-body chucks. For applications requiring self shimming, the R-Pod has been developed, delivering the same clamping force as the A-Pod along with a 6mm remachinable metal surface and the failsafe power-loss feature embodied by permanent electromagnetic technology.

In addition to the R-Pod, Alpha has recently launched a new line of ring lifters, which are especially useful for companies involved in manufacturing the huge slew and bearing rings required for wind turbines. The PE Ring Lifter ranges from 40” up in 20” increments, has a safety link that prevents the operator from accidentally switching the magnet off while the part is suspended, and a demagnetizing cycle that’s built into the system and is actuated when the power button is switched off—also available on other models, at the customer’s request and at no additional cost. There is also the manually operated Ring Lifter that covers the 20” to 40” ranges of gears. It is operated by a simple on/off lever, and has the “test talon” feature that is standard on all the company’s manual lifters.

The company’s line of lifters is incredibly popular, according to McDaniels, which are often purchased as stock items online and shipped directly off the shelf, followed by the A-Pod. “After that it’s probably a tie between the AMR chucks and our custom design work, in terms of volume,” he explains. “But I would say that we probably customize about 90 percent of our workholding devices before they ship, whether that means pole extensions or top plates so that they can nest the workpieces.”

Customization is central to the company’s approach to doing business, in fact, according to Geoff Fuller, general manager. “What sets us apart from our competitors is that we have a permanent magnet, which is a failsafe solution,” he says. “And we also like to make site visits whenever a customized solution is required, which is pretty often. We want to observe their process and make informed suggestions, but the most important thing is for us to ask the right questions, such as what level of remaining magnetism is acceptable in the part they’re manufacturing. And if the answer is none, then we can suggest the demagnetization feature, which doesn’t cost them anything extra since it’s all part of the setup we perform.”

The result of this attention to detail is the beginning of a long-term and mutually beneficial relationship. “Once they’ve placed their first order with us, nine times out of 10 they’ll end up being repeat customers,” Fuller says. “And that’s the best endorsement anyone could hope for.”