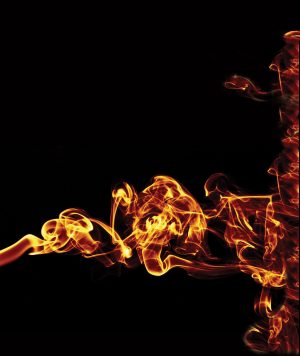 Years ago, at the turn of the last century, a Chicago-based company that manufactured sheep-shearing machines, hand clippers, and flexible drive shafts developed a small device for melting and heat treating its own products. Known as the “Two-In-One” furnace, and introduced in 1924, it was soon made available to its customers, who found it so useful that a new division was established devoted specifically to its manufacture. So began the evolution of the Chicago Flexible Shaft Co. into the modern day heat-treat giant SECO/WARWICK, according to Janusz Kowalewski, vice president of the company’s vacuum group.

“Chicago Flexible Shaft eventually changed its name to the Sunbeam Corporation, which purchased the furnace division of Westinghouse and formed a new company, the Sunbeam Equipment Co., or SECO, which was relocated to Meadville, Pennsylvania, where we are still headquartered,” he says. “Then, in 1984, some of Sunbeam’s executives acquired both SECO and the Warwick Furnace Co., combining the names to create the company as it is currently known.”

Although the company’s growth during the past 100-plus years is much more involved than this brief description indicates, it provides a window into its origins and development over time, even as it continues capitalizing on its core competencies to this very day. One example involves its identity, which has shifted from a manufacturer/heat-treatment service provider to an OEM with a heavy emphasis on R&D—including both materials research and the development of new process technologies—and software design.

According to Kowalewski, the company has established an R&D facility in Poland—in addition to multiple manufacturing facilities in Poland, China, India, and the United States—that is devoted to working with new materials provided by steel companies, among other thrusts. “Sometimes new processes must be developed in order to maximize the attributes of these new materials, or to meet our customer’s specifications,” he explains, “so we decided to locate those activities in Poland since that’s where we have the best resources for vacuum technology.”

This is one of SECO/WARWICK’s particular strengths, in fact: maintaining a global presence in order to gain the knowledge that’s only available in a particular country due to the expertise found there. “For instance, the market in Europe has been more sensitive to energy costs over the past 10 years, while in the United States there has been more of an emphasis on manufacturing productivity,” Kowalewski says. “Just as we’ve learned a tremendous amount about how to best utilize power from our work in Europe, we have learned to reduce costs through higher manufacturing efficiencies here in the U.S. We collectively share our experience and best practices in process knowledge globally, so our approach is to set up these locations in order to benefit from the work being done there, with additional market penetration coming as a secondary benefit.”

This innovative approach is evident in other areas, as well, particularly regarding the software it’s developing. In addition to operating the furnaces the company manufactures, some versions also allow users to run simulations in order to identify the best method—hardening, carburizing, or nitriding, for instance—for reaching their desired goals. “We really see this as an important element of our continued growth,” Kowalewski says. “We are always working to improve the furnaces we build, but the software we’re designing will help our customers utilize them fully.”

In addition to the company’s vacuum group, others focus on atmospheric furnaces, aluminum processes, and melting technologies for non-ferrous metals. Much of its melting work is conducted at Retech Systems LLC, a strategic partner specializing in advanced vacuum melting processing technologies. Retech is currently working with one of the world’s largest aerospace companies to develop processes to meet its need for materials exhibiting greater strength and flexibility, while at the same time weighing less—thereby requiring less fuel to propel in flight.

“The issue of lighter materials has really come to the forefront in recent years, especially in response to the current emphasis on energy efficiency,” Kowalewski says. “And that’s something we’re aware of ourselves, working to make sure that each of our new furnace designs use less energy than previous models.”

Another advent in response to this need involves a patented power management system for its high pressure quench vacuum furnaces, reducing electrical consumption by creating a single system of alternate control of the heating and cooling processes using a single frequency converter. “This saves the customer some 20 percent in energy costs, and we don’t even charge extra for it,” he says. “It’s just another way that we’re contributing to the body of heat-treating knowledge, just as we do with our R&D efforts, which we provide all the funds for ourselves.”

Advances in the heat-treat industry are constant but incremental, Kowalewski explains, which is the very approach SECO/WARWICK has embraced. “We are building on our knowledge of these processes and technologies every day,” he says, “but it’s not about revolution so much as evolution. We are constantly taking steps forward for the good of our customers, and for the industry as a whole.”