SSS has the history, the experience, the products, and the management team to meet any of the challenges they may encounter on the road to success.

At the age of 79, most people–if they’re still around at all–have adopted a fairly sedentary lifestyle. They’ve retired to the fairways and their front porches, maybe doing a little gardening, but their days of professional growth are mostly a thing of the past. That’s not the case with well-run companies, however, and especially not when that company is Standard Steel Specialty. Founded in 1925, it has a long and successful history behind it, and an equally vibrant future, according to Vice President Art Fisher.

“The past three years have been difficult for everyone who’s involved in manufacturing, but I believe the skies are finally starting to clear,” he says. “In fact, we’ve seen sustained growth in recent months for the first time in quite awhile, so I’m hopeful that we’ve weathered the worst of it and that we’re right at the beginning of an economic upswing.” Fisher says the company is well-positioned to take advantage of it, too. The current trend toward outsourcing labor to cheaper markets has forced manufacturers to find more efficient processes in order to remain competitive. Standard Steel Specialty–or SSS–has done so by investing in automation in recent years, which has allowed it to keep costs down while preserving the jobs of some 100 employees; all of whom are members of United Steelworkers, he adds.

“We’ve been with the steelworker’s union almost since day one, and we’re dedicated to keeping jobs here in the United States,” says Fisher. “That’s why we do everything in our power to avoid outsourcing of any kind. But I’ve got to tell you, if we hadn’t purchased the automated equipment that we have, I really don’t know if we’d be around right now. That’s how competitive it’s become in this market.”

For nearly eight decades now, that market has mainly consisted of the power transmission industry–although SSS also works with the aerospace, automotive, and other industries–for which the company manufactures both stock and custom gear racks, machine keys, woodruff keys, and taper pins. Other services include the customized machining of elevator guide rails and crane rails, for example, and CNC precision milling, grinding, drilling, tapping, and counterboring is also available. The bulk of the company’s sales are the result of purchases made by OEMs, Fisher says.

Just as these products and services have been offered from the start, the company’s history is intact from a physical standpoint as well. When SSS was founded–basically as a spinoff of the Standard Gauge Steel Company, which had been around since the early 1800s, when it merged with Republic Steel–all the associated equipment was purchased by the Wagner family, Fisher explains, and moved into a facility just outside of Pittsburgh, along with the same personnel who’d been running the machines for years. “And we’re in the same location today,” he says. “We’ve added on quite a bit, of course, but in addition to our administrative offices, we have around 100,000 square feet of manufacturing space under roof.”

Apart from the advances in machine technology, the major change the company has seen over the years involved Fisher and his partner’s purchase of Standard Steel Specialty in January of 2001. “The Wagners had run it as a private company all that time, which is amazing,” says Fisher. “I’d been with SSS for 18 years by then, starting in inside sales and working my way up to sales manager and then purchasing manager, so I really feel like I’ve got a pretty good grasp of how the company works, all the way from the sales desk to the shop floor. Plus I’ve been working in the steel industry practically all of my life.” That experience was immediately called upon, Fisher says, since he and his partners took charge in the fiscal quarter immediately following 9/11. “The whole country took a blow that day, and nobody knew where the economy was headed in the months after that, but it was definitely in a tailspin,” he says. “So we just did our best to stick to what we knew how to do, which is to manufacture a solid product and provide excellent service to our customers.”

Those customers are scattered throughout the entirety of North America, all the way from Mexico, across the United States and into Canada. And while the company has salespeople in all the major markets, it also sells its products through stocking distributors. Custom work also represents a significant portion of the company’s activities, and no job is too large or detailed for SSS to handle, Fisher says.

“We can handle orders of any size, and we are constantly working with our customers to streamline and tailor the manufacturing process so that we’re producing exactly what they need, and exactly how and when they need it,” he says, pointing to a wealth of equipment including CNC machines and robotic welding systems. “We have quite a few customers who used to buy gear racks from us, and now we’re providing them with complete assemblies. Whatever they need, we’re in a position to come through for them.”

For more information call Fisher at (724) 846-7600 or send e-mail to artf@stdsteel.com. Visit the company online at [www.stdsteel.com]. 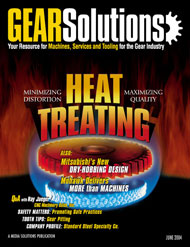