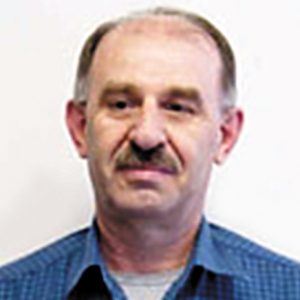 When was MicroCheck gear software first developed, and what does it do?

We launched MicroCheck about 10 years ago, and it’s a software program that encompasses everything you need in a double rolling flank gear tester. It measures according to all the international specifications such as AGMA and DIN, so it’s fully world compliant, and it can be tailored to meet end-user specifications as well. You can get this in an automated version, where it’s actually controlling machinery and is self-loading, and the software itself is extremely flexible, so if you need it to send information back to the hob, it’s capable of doing that. Mostly, though, it’s just a great process-control package. Whether you’re grinding or hobbing a gear, you want to know if any changes have occurred in the process, and this software is going to tell you that.

What sets MicroCheck apart from the competition?

First of all, it’s affordable–probably about half to two-thirds the cost of comparable software–without having to give up any features. And our most recent version has a Windows XP interface, so its appearance is very clean, streamlined, and it integrates well with that operating system. The first one we launched was a DOS version, and then we came out with a Windows version, and now the Windows XP version, and we’ll do updates within each version to add new features and to make sure that it meets all the latest specifications. We decided to make it PC-based because that’s really the standard in this industry, and computers are so inexpensive these days that people will load MicroCheck into a PC and put it right out there on the plant floor where the manufacturing process is actually taking place.

Who are your customers, and what do they stand to gain from using MicroCheck?

You’re looking at the whole spectrum of activities, from individuals who are making high-volume plastic gears, which require low force measurement, to those making high-end class 15 gears for aerospace applications, requiring microinch resolution. So if someone is making any type of gear, and if they’re wise, they’re using a rolling flank checker, because the last thing anybody needs is a surprise. Surprises are what lead to canning a batch of 30,000 pieces, and that spells money. You certainly don’t want to wait until a gear is in its drive train before you realize that it’s a bad gear. This software’s going to tell you whether or not a gear has changed on a Monday, or a Wednesday, or a Friday, and it’s going to tell you the degree of difference, and that’s something you’re just not going to get from a simple visual check.

What’s amazing to me, though, is that some people haven’t incorporated this type of procedure into the manufacturing process because they see it as just another hurdle they’ve got to get over. But I’m telling you that MicroCheck provides valuable feedback that prevents surprises, and saves money. It makes the process more controlled, and manufacturers should be embracing it.

Anything on the horizon, in terms of new features?

This package is pretty complete as it is. It’s got statistics, process control charting, and all the total composite, tooth-to-tooth and runout graphs that you need for comparisons, so it’s pretty comprehensive. But we do have a couple of ideas on the drawing board, such as offering HTML printout capabilities and remote monitoring of the system via the Internet. It’s already a great product, but we’re always dreaming up ways to make MicroCheck even better.

MORE INFORMATION  George Tahan is president of MicroGear, Inc. He can be reached at (909) 590-4327, or via e-mail at auction@gtmtools.com.