According to Jeff Barnes, founder and president of New England Gear, there’s a very good reason why his company is known as the go-to source for remanufactured Fellows gear shapers, custom accessories, technical information, and advice. “For the first 15 years of my career I worked in a gear shop operating these exact machines,” he says, “so I’ve been in my customer’s shoes and I know where they’re coming from. I also know where they want to go, and I can help them get there.”

Starting as a 17 year-old high school student, Barnes worked his way up from operating machines, to designing specialized tooling, to overseeing the remanufacture of Fellows shapers for sale. The customers were so pleased with the results, and especially the money to be saved, that he immediately saw a niche that he could fill—the true mark of any successful entrepreneur—and decided to launch New England Gear in 1995. Once he’d found a location where he could set up shop he began searching far and wide for all the late-model Fellows 10-4 and 20-4 machines that he could find, stripping them down and repairing the mechanical and electrical systems. “We were doing pretty basic work in the early days,” he recalls, “but it wasn’t long before we were installing CNC controls with our own menu-driven software.” 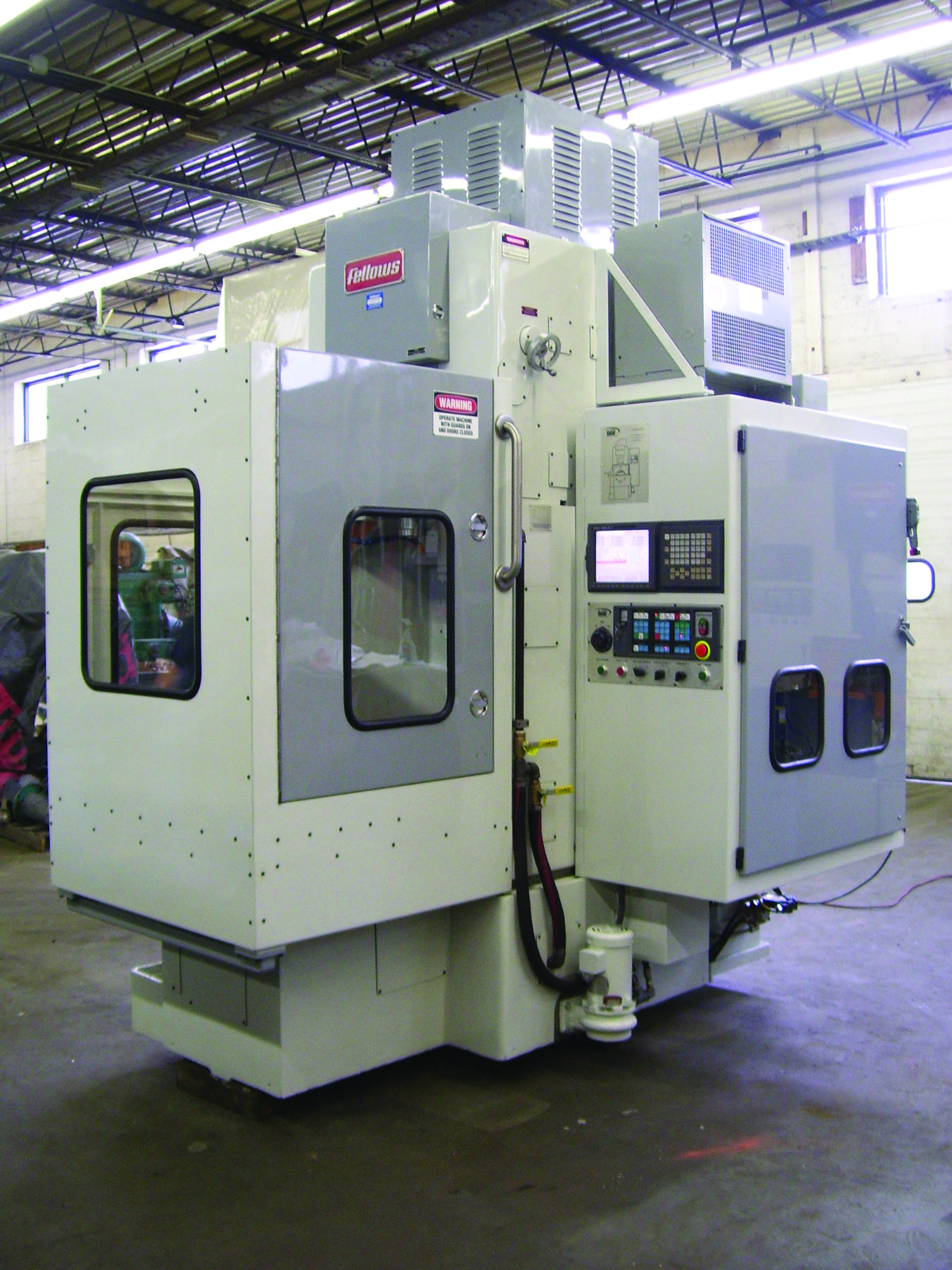 Nor was it long before his business required more than borrowed space in someone else’s building, so Barnes found a 13,000 square-foot facility to house administration, operations, and inventory—the later of which has since been augmented by satellite storage locations to hold his massive stock. As the company transitioned from its struggling startup phase to an established equipment dealer, Barnes found himself thinking back to his days as a machine operator. “CNC controls were only a daydream back then, but I could use my own experience to make sure that our software was both highly functional and user friendly,” he says. “But there were other things I remember wishing I had, and I figured that other people with hands-on experience running these machines would feel the same way.”

As the company grew it had shifted from relying on parts salvaged from used machines in its remanufacturing work to actually designing and making new components in-house. From that point it was logical to begin improving on the original machines, adding features to make them easier to operate and to actually expand on their capabilities. One of these improvements was a throated riser block for increased swing diameter. “The 10-4 and the 20-4 are the two most popular Fellows machines people are in the market for,” Barnes explains, “and while there are plenty of 10-4s around, the 20-4s are getting increasingly hard to find. So we developed a throated riser for the 10-4 that allows it to swing a part with a larger diameter that would normally have to go on a 20-4. So the customer is getting that larger swing diameter in a machine that’s easier to find and costs a great deal less.”

Other advents include two different sizes of full enclosures, extended slides, and a swing-away center arm. “Fellows centers were big and bulky,” he says, “and you had to mount this heavy attachment on the machine and take it back off again when you wanted to work on a regular part. I remember thinking what a pain in the neck that was back when I was running the machines myself and dreaming about ways of making the whole operation easier. I wanted to so something about it now that I’m in a position to do so, and it’s been very popular with our customers.” 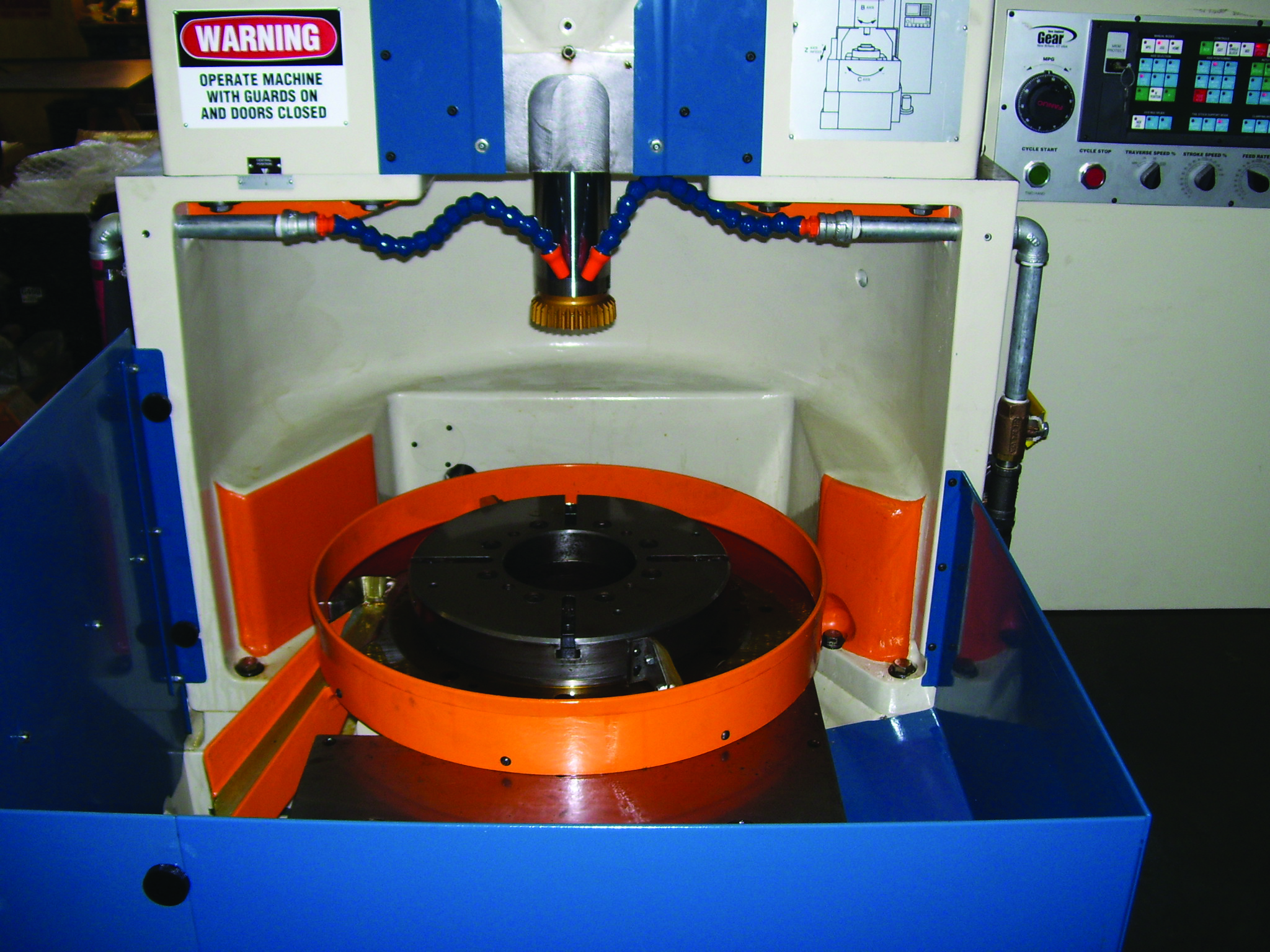 The increasing rarity of the Fellows 20-4, along with its continued popularity, has led to another outcome: the ability to manufacture a machine based on its attributes in-house. Barnes says that some years ago, when he began to see a day when the supply of 20-4s would begin to dwindle and dry up, he started thinking of how that demand could be satisfied. For someone who could basically take one apart and reassemble it in the dark, the thought of building one himself was hard to resist. “So we did it,” Barnes says with a laugh. “We now have the ability to build a machine matching the specifications of a Fellows 20-4 from the ground up, but one that’s even more versatile than the original with the addition of CNC controls along with our software and extra features.”

Just as Barnes often thinks back to his days working on the shop floor when dreaming up ways of improving on the equipment he knows so well, he also factors that and other experiences into how he actually goes about doing business. In a day and age when many Web sites and telephone directories seem designed to obscure personal contact, you’ll find something very different on New England Gear’s site. “When you follow the ‘contact’ link, what you’ll find is my own e-mail address and my direct line,” he says. “So when you call here you’ll be talking to me, and I’m not going to tell you what I think you want to hear just to make a sale. I’m going to tell you the truth, because I believe you’ll remember that when you’re good and ready to buy.”

Although Barnes acknowledges his competition, he is also quick to point out their differences. “Some companies that are involved in remanufacturing equipment want to be all things to all people, so they end up with a huge inventory of every kind of machine under the sun—hobbers, shavers, grinders, you name it,” he says. “But we focus on Fellows shapers all day every day, which I’ve been doing for more than three decades now, so this is something I really do know a lot about.”

Although some callers purchased the machine in question elsewhere, Barnes does not hesitate to address their needs as if they were an existing customer. While there is a certain validity to this approach from a business standpoint—“I see it as seeding the field for future relationships,” he says—it has more to do with personal philosophy. “I feel that if I’m going to set myself up as an expert on Fellows shapers, then I have a responsibility to live up to that claim, and that involves sharing the expertise I’ve accumulated over the years with anyone who can benefit from it.” 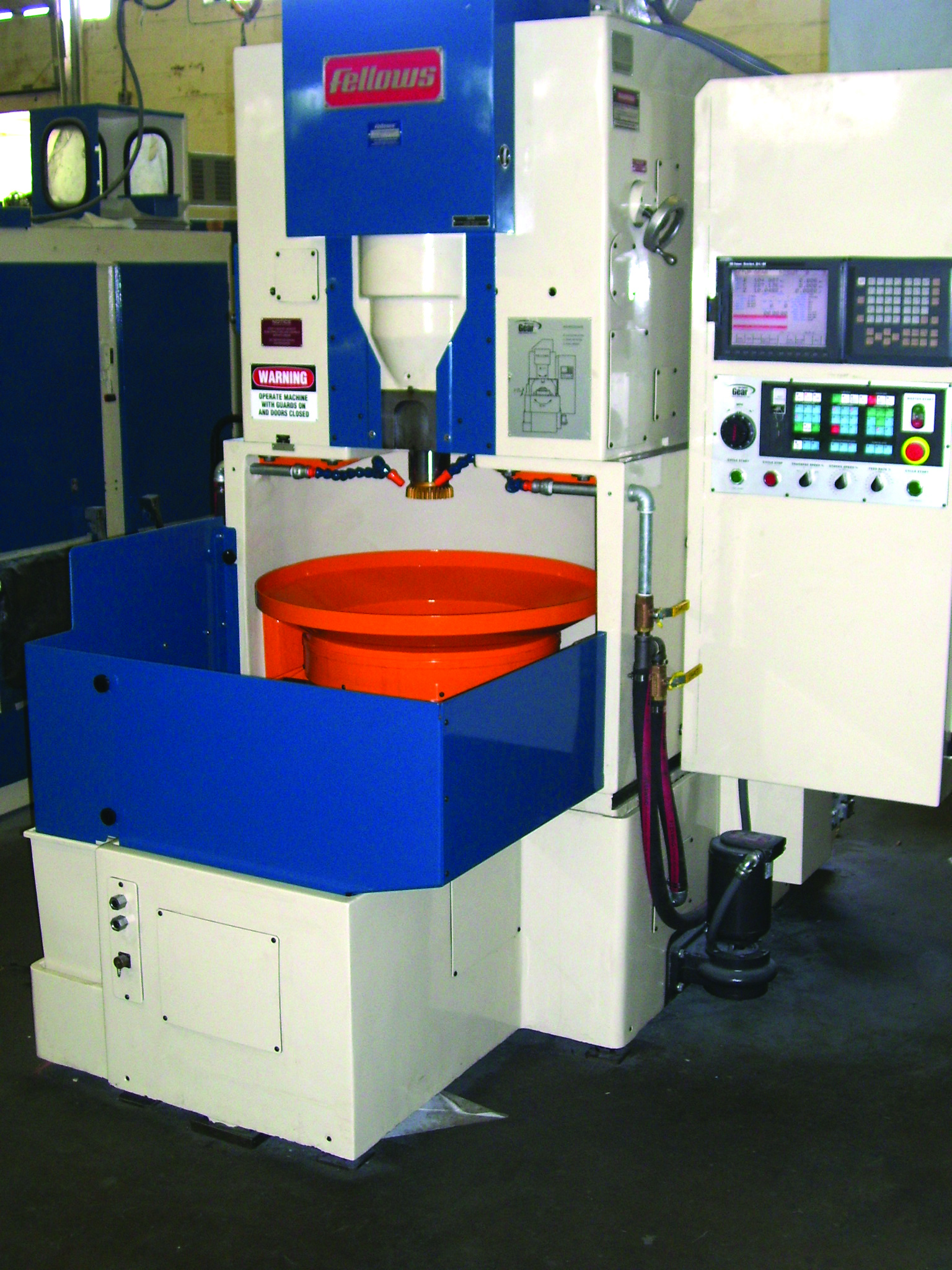 Rather than constantly seeking new growth opportunities and running the risk of spreading himself too thin, Barnes has made a concentrated effort to remain true to his original intent. “I’ve been very rigid about not getting into other product lines,” he says. “We’re remanufacturing more machines now than ever before, but you’re not going to see us trying to double in size because I’m not interested in that. We’ve maintained the same formula that’s worked for us over the years. We haven’t jacked up our prices or lost money on any wild ventures, we’re just interested in constantly getting better at what we already know how to do.”

From a small remanufacturing operation doing its best to balance inventory against sales, New England Gear has evolved into a vendor to some of the world’s premier manufacturing operations. This has been achieved in a somewhat old-fashioned manner: by making yourself personally available, knowing what you’re talking about, following through on your promises, and keeping your eyes on the ball so that you don’t get distracted midway through the game.

A New Paradigm in Gear Hobbing