Two companies make the most of their swarf with RUF Briquetting.

Briquetting is a way to regain value from the materials you already have. Gear grinding operations are finding the value they thought was lost in the grinding sludge. The bonuses of increased operational efficiencies and safer working conditions are realized once companies start using a briquetting system. 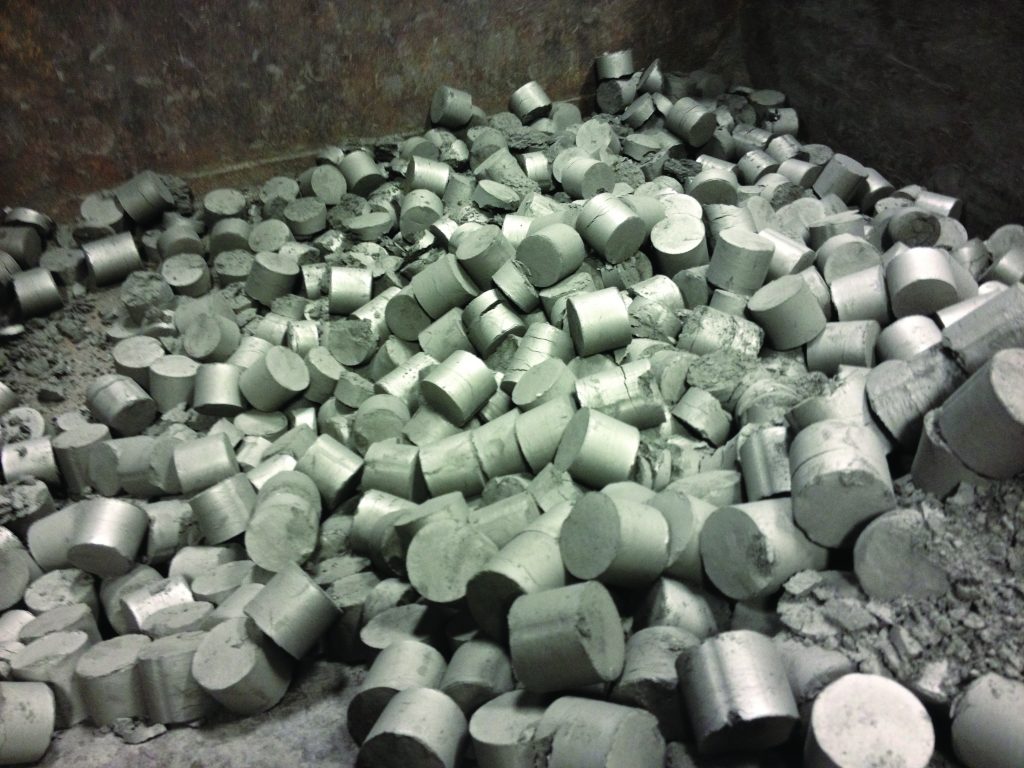 Corrugated Replacements, Inc., a developer of machine replacement parts for the steel, poultry, and satellite industries, and Horsburgh-Scott, a leading provider of industrial gears and custom gear drives for steel, aluminum, tire, rubber plants, and wind turbines, are just two of the many companies who looked to RUF Briquetting Systems to help squeeze value out of product they previously viewed as lost.

In 2013, managing monthly expenses of time, money, and resources dealing with swarf produced in the grinding process was a reality for Corrugated Replacements. Before purchasing a briquetting system, dirty swarf was stored in barrels on the production floor, and then disposed of by a costly hazardous waste removal company. With the briquetting system, things have changed. 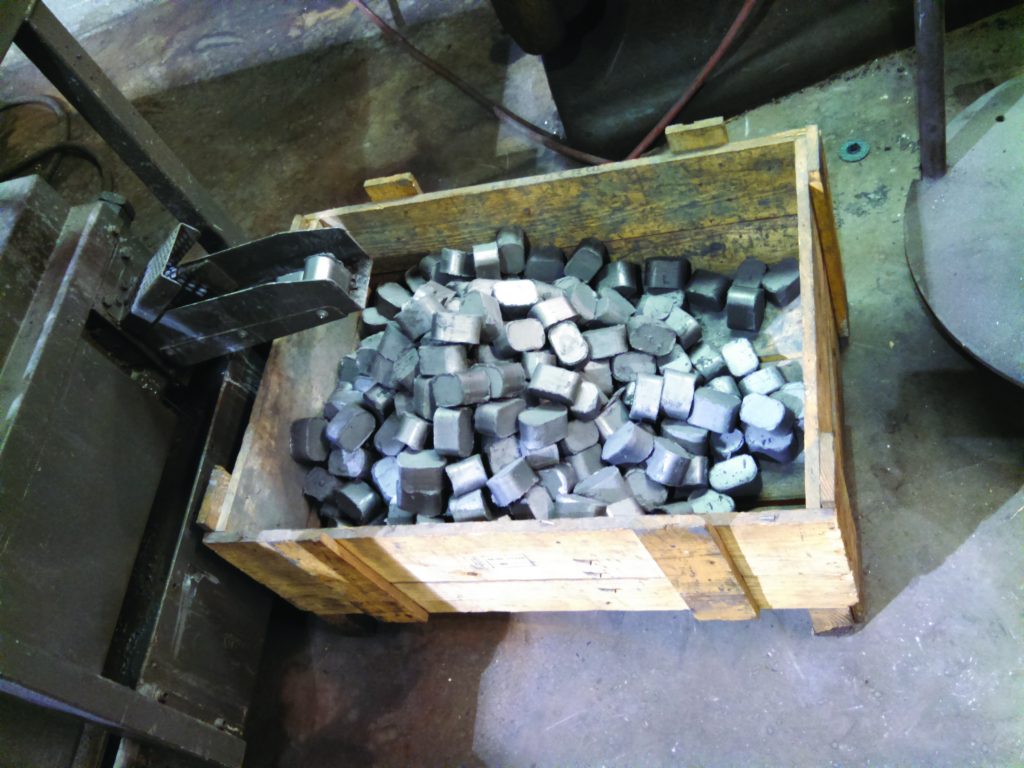 “We were able to turn something that was a 100 percent expenditure process into a profitable revenue stream and reuse reclaimed coolant,” said Corrugated Replacements plant and engineering manager Scott Wallis. “It has been a win-win for our business.”

Similarly, the Horsburgh-Scott production process was positively impacted after the installation of a briquetting system in February of this year.

“The briquetter has helped our operation reclaim more than 1,650 gallons of oil from our swarf,” said Horsburgh-Scott manufacturing engineer Luciana Talpa. “The RUF machine works amazingly; it simplified the business and will pay for itself in less than a year.” 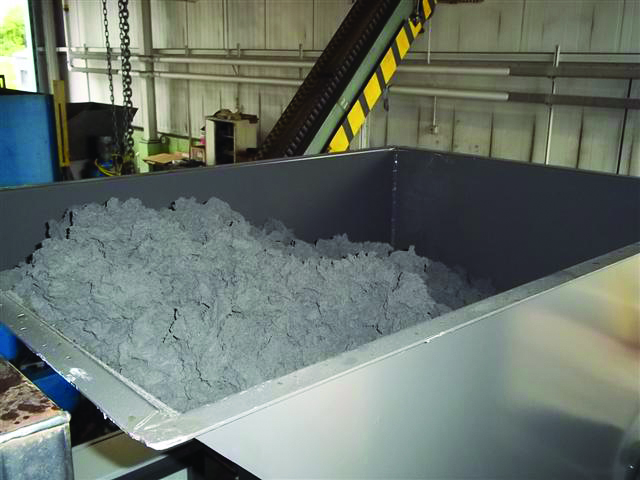 Horsburgh-Scott’s grinding sludge contained 63 percent oil by weight. The briquetting process was able to reclaim nearly all of the oil from this saturated grinding sludge. The reclaimed oil is then reused, reducing the amount of new oil purchases needed for their gear grinding process.

Reducing oil and coolant loss is just part of the added efficiency of the briquetting system. Both companies have also reduced or eliminated hazardous waste costs, turning it into a revenue stream by selling the briquettes as scrap to steel mills.

Although it was not part of the initial goal, by improving operation efficiency and reducing expenses for wasted material and swarf, briquetting and reclaiming product has made for a safer work environment. 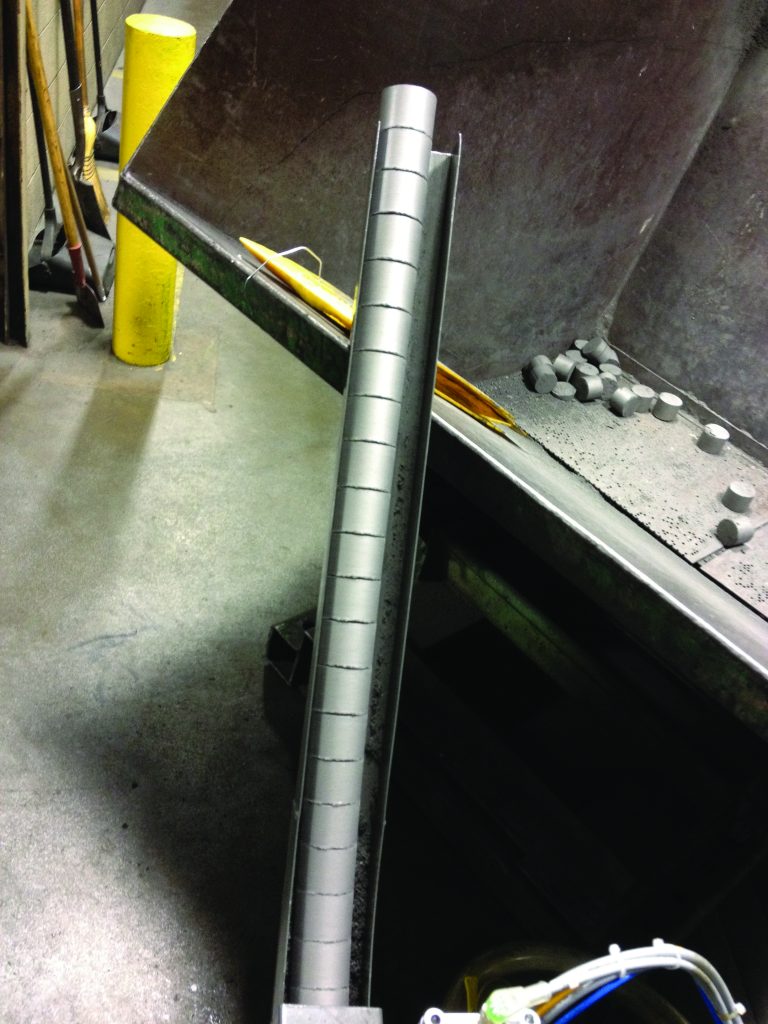 “The barrels where swarf was previously stored, waiting for disposal, created a heat safety issue,” said Wallis. “Not only did we regain a significant amount of floor space, but we also eliminated the need to store hazardous waste.”

These two companies, along with others in the metal grinding industry, have improved efficiency, safety, productivity and developed a new revenue stream, simply by recycling their own product through the briquetting process.

As progress in the design of globoidal worm drives continues, let’s...