Home Features A Seal of Approval for Gearboxes

Fixedstar Power Transmission Group, the leading small sized worm gear reducer manufacturer in China, has extended the performance of a number of its successful aluminum case worm reducers by specifying SKF’s new rubber outside diameter radial shaft seals. Gearbox efficiency has increased around 6 percent, and temperature decreased by around 25 percent.

The designers at Fixedstar had started a technical review of selected reducers in the aluminum case range in order to stay true to their guiding philosophy of high quality and continuous improvement. In addition, since most of the customers for this particular model of gear reducer were in Europe and the United States, the need to compete at the highest level was a business necessity.

Even though the aluminum case range was well established and successful, the design team looked into the design and manufacture of all in-house components and put out a search for the highest performance quality of bought-in components. Their overall objective was to increase the reducer efficiency and to lower the reducer operating temperature.

Many hours went into evaluating and proposing design changes of the major mechanical in-house components: the worm gear, gear profiles, and gear housing. Regarding the bought-in components, the investigations and test at Fixedstar soon showed that the seals were the key component where major performance gains could be made.

Until then the Fixedstar engineers had considered seals as a rather simple engineering component with some basic properties and performance criteria. But in their search for the best performing seal they contacted SKF and uncovered a lot of information that clarified why the current seals were performing as they were, and how SKF’s new radial shaft seal with rubber outer diameter would become the best choice for their reducer upgrade. Some of the key things the Fixedstar engineers learned about seals and sealing mechanisms were material choice and its wear resistance, aging resistance, and compatibility with oils, and how a good seal really works—how its design features make it effective and efficient, and what pumping ability is and how it all affects the life and friction compared with their current “contact seal.”

The search for the best seals was a detailed two-year program of potential candidates from China, Japan, Taiwan, and Europe. At the end Fixedstar felt that the SKF seal would be the best, but still carried out a rigorous two-month test program at Fixedstar’s development center in Hangzhou. Those tests provided consistent and clear data on the key performance criteria; reducer efficiency, reducer temperature, seal pressure resistance, etc. 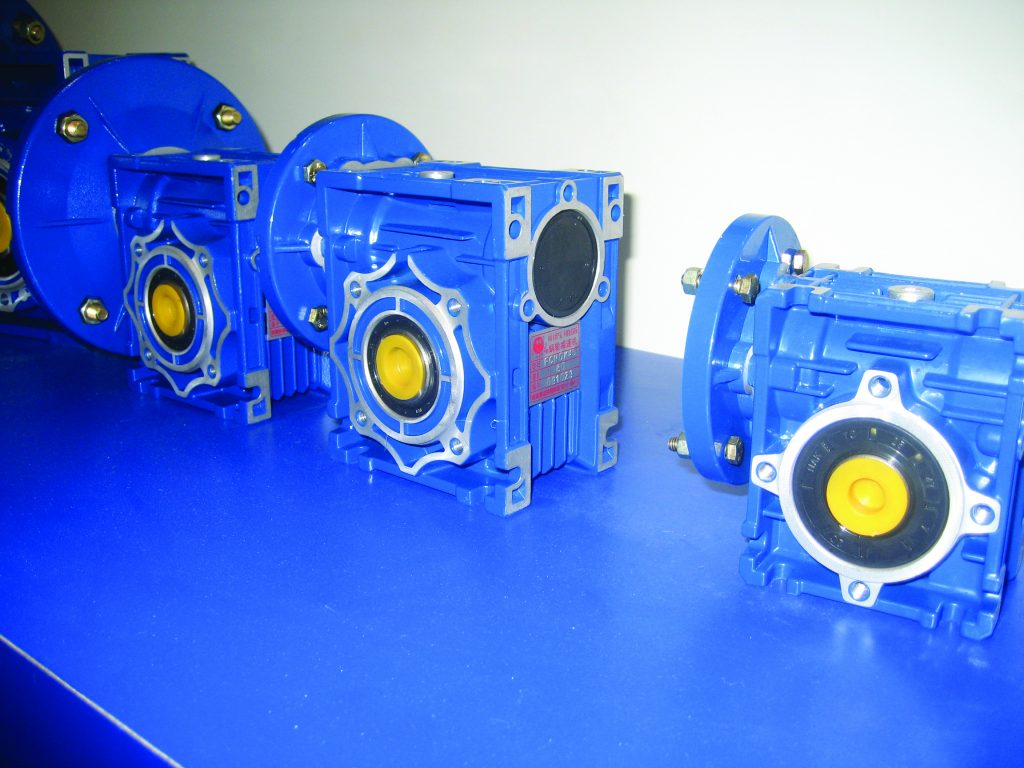 The SKF seal selected for the test program was the HMSA10 rubber outside diameter seal. This seal is made from a new nitrile rubber compound that has good resistance (compatibility) to most mineral and synthetic oils and greases. In addition its wear resistance and resistance to aging is also very good.

The seal is designed with a metal insert and a spring-loaded sealing lip. And here the Fixedstar engineers started to see for the first time what makes a good seal. Although the design looks simple the final form, material thickness, spring tension, strength of flex section, and angular surfaces of the seal lip are extremely important, and even the slightest variation in any of these can affect the overall sealing performance. SKF presentations on seal design and sealing mechanisms showed a much more complex situation than Fixedstar had imagined.

Sealing on a Film

For many people a “contact seal” implies that the seal edge is in contact with the rotating shaft during operation, thus generating a lot of friction and heat. Although it appears to be true to the naked eye, the real situation is that a well-designed seal will actually run on a micro film of oil between the shaft and the seal, creating much less friction and heat.

Furthermore, there is a phenomenon unknown to many people that has a great effect on the performance of the seal, in the short term and the long term. That phenomenon is called “pumping ability.” Pumping ability relates to a situation where molecules of oil escape from the oil side of the seal (inside) to the air side of the seal (outside). A seal with a poor pumping ability will not be able to do anything about this lubricant leakage. And lubricant loss will lead to increased temperature and poor lubrication of the gear mesh and bearings.

But a seal with a good pumping ability will actually return the oil from the air side to the oil side in a very short time, maintaining optimum lubrication conditions with consequently lower heat generation and component wear. The design and microstructure of the new SKF seal has excellent pumping ability.

The rubber outside diameter provides an optimal fit and sealing in the housing, and also in housings with considerable surface roughness or a split housing. The spring-loaded lip contributes to a quick response to handle dynamic runout and to maintain the sealing ability even when excessive wear may have occurred.

The sealing lip and flex section are balanced to achieve good followability to withstand considerable dynamic runout and shaft-to-bore misalignment. Dynamic runout describes the dynamic eccentricity of the shaft. Particularly at high speeds there is a danger that the sealing lip, because of its inertia, will not be able to follow the shaft counter surface. If the eccentricity is such that the distance between sealing lip and shaft becomes larger than that required to maintain a hydrodynamic lubricant film, the medium being sealed will escape through the gap. It is therefore important to understand this technicality and have a seal with good runout properties.

The particular design chosen by Fixedstar has an auxiliary lip on the outboard side of the seal. This increases the resistance to ingress of contaminant, which also reduces contaminant-generated wear on the primary lip. The grooved rubber on the outside diameter provides an improved sealing ability and a reliable retention in the bore.

Fugen Gao, chairman of Fixedstar, says that “the whole exercise in search of the best seal was a very pleasant surprise. Not only did we learn a lot about seals and sealing mechanisms, we also learned that SKF is as good a designer and manufacturer of seals as they are of bearings. We did not know that before the upgrade project was started. And the cooperation, service, and support has been excellent. Now we are supplying our worm reducers into markets where we are convinced that our products are regarded as highly as the best in Europe and the United States.”