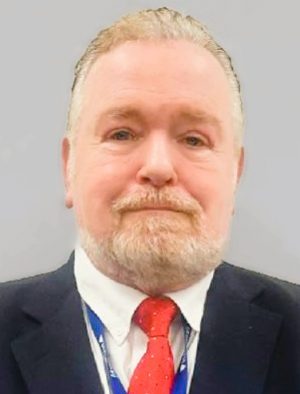 What is your role with Hyundai Power Transformers?

I’m a founding member of Hyundai Power Transformers. I joined in 2010 and serve as chief human resource officer/director.

How is virtual reality being used as a training tool?

Approximately a year and a half ago, Alabama Industrial Development Training approached us and said they were implementing virtual reality into the pre-employment process. We had just had a $40 million expansion; we were adding 100 new members, and we qualified for the state pre-employment training, our portion of what they offer as incentives. Hyundai Power Transformers president J.S. Kim always pushes our team to look for innovative ways to train our employees, so we were excited to try it out. We reviewed the process and thought it was so neat that we went out and actually tried out some of the technical aspects with TRANSFR, the company that provides the immersive learning technology. One of the things we liked about the training is that it can be adapted to any process situation. The more dangerous and the more difficult and the more complex the task, the better the training works. You’re gaining skills without actually being in any danger while you’re practicing.

The program will not let you proceed to the next level until you’ve tested on what you learned in the previous level. You can’t sit there and nod off or act like you’re paying attention. You have to participate.

Where does this training factor into gear manufacturing?

This training can actually be used in any process. The first sample process we observed was a paint room. (EHS manager) Derrius Butler spent almost a year with TRANSFR developing a crane inspection program for a 400-ton crane, which is extremely large in our world. We build large power transformers, so we have a lot of 30-ton cranes, but the 400-ton crane is very complex. It could be very dangerous. The rigging could be very dangerous, and Derrius spent a lot of time working with TRANSFR for our one specific need.

We do that before people actually become team members of Hyundai Power Transformers. In the past, people came and they understood how to read calipers and micrometers, and they had some technical skills, but now, our people, when they arrived, many of them can’t read a tape measure. We need to teach them the pre-employment basics before we enroll them in our internal five-year apprenticeship program.

Tell us more about TRANSFR, and what part does it play in the VR simulation use?

TRANSFR is the company name of the people who provide the service. They had contracted with AIDT before we ever met them, and AIDT uses them in their pre-employment programs at various parts of the state. AIDT will usually conduct about 1,100 trainings a year.

You’re using the Oculus Quest for Business headset, which is the commercial version of the popular consumer virtual reality headsets. Has it been modified for your needs or is it essentially out-of-the-box ready?

While we use the commercial-grade version of the Oculus Quest headsets, it is out-of-the-box ready through our partnership with TRANSFR. All we have to do is connect to local Wi-Fi, and we can immediately start training.

Did the COVID-19 pandemic force you to expedite this technology into real-world situations?

But no, COVID didn’t affect us. We were somewhat skeptical about learning something new because we hadn’t been exposed to it. But after we marked it and watched it, implemented and looked at it, it was good. It was the next step, the next thing. And it seemed to be something that attracts younger people in the industry.

Since gear manufacturers are our audience, could you add some feedback as to how it would help with that industry?

I started my career in manufacturing. I’ve been in plating, painting, metal stamping, investment casting, injection molding, and foundry work where we would make such things as gears, all different kinds of products. We’d even made gears and die cast. We made everything you can imagine. This process works in every type of manufacturing. There is no type of manufacturing that it’s not suitable for. That’s the beauty of it.