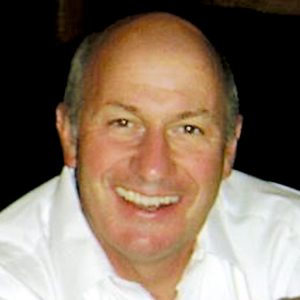 So tell me, was there actually a Herr Klüber?

Yes, there was. Theodore Klüber was an oil manufacturer who started the company in Munich more than 70 years ago. Klüber Lubrication is now a cornerstone of Freudenberg Chemical Specialities.

How about your own background, have you been with the company long?

I joined Klüber nine years ago. I studied marine and mechanical engineering at the Massachusetts Maritime Academy and then spent 20 years as a chief engineer with the U.S. Merchant Marines. During that time I traveled the world as an engineering officer on oil tankers. Based on my hands-on experiences, I am able to provide technical support to our OEM partners, end-user customers, and sales force regarding many different types of machinery: motors, high-pressure turbines, and gearing of all sorts. I also work with Klüber’s worldwide technical team in providing support to our global OEM partners.

Besides this type of technical support, what other areas do you focus on?

Since joining Klüber it’s been my primary mission to help educate North American machine manufacturers on the many benefits of using synthetic oils–and particularly food-grade oils–in their manufacturing processes and especially the equipment they build. And the reason that we’ve focused on this issue is because, even though European manufacturers have embraced synthetics, North American manufacturers–and especially those in the gear industry–have been a little slower to realize its positive benefits.

Why do you think that is?

I think that North American gear manufacturers have been happy with mineral oils and polyalphaolefins, and sometimes people are simply resistant to change and maybe a little afraid of the unknown. But the polyglycols outperform the PAOs by a significant margin, especially in high-sliding applications such as worm-drives, and they have a much longer service life due to their thermal and oxidation stability. But I think that the U.S. market is starting to come around, especially with the push for improved performance in food-grade applications. And the good news is that by choosing a synthetic food-grade lubricant, you will not sacrifice product performance or efficiency.

What other benefits do polyglycols provide?

With the polyglycol gear oil, it’s known that you can increase the rating of the boxes–they run cooler, and there’s less wear. With less wear you have less particulate floating around inside the oil, so you have less abrasives contacting the seals. And since the first mode of failure is usually the seal, if you can keep it from leaking, then you have a more reliable unit. And I think the demand from the marketplace now is driving improvements in food-grade synthetics; customers want higher performance, and they want longer life. So now they have gearboxes that are effectively “sealed for life.” And with maintenance costs so high, and the prohibitive cost of changing the oil, if you can get a “lubed for life” situation with a more thermally stable oil and better load carrying capacity, then it’s really going to save you big money in the long run. And that’s the bottom line. 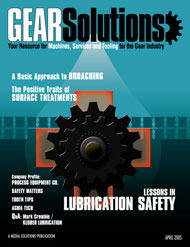 Any gear manufacturer understands the need to inspect the end product,...