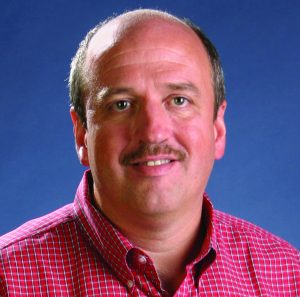 I understand that your parent company, the Mahr Group, is celebrating its 150th anniversary this year. Tell us a little about its history.

Carl Mahr was an intelligent man with a healthy sense of curiosity, and he was something of an inventor as well. As rail travel was growing in popularity throughout Europe he developed a number of devices for measuring the track contours and widths, among other things, launching his company in Esslingen, Germany, in 1861, with two employees.

The company became involved in the automotive industry when it began to emerge around the turn of the century, growing into new markets in an organic fashion as opportunities arose. It expanded globally over the years, with sales offices in countries such as France, Switzerland, Mexico, Brazil, the UK, and the United States, and it acquired quite a few companies as well, finally uniting all of them under the Mahr name in 1995. We now have representation around the globe and manufacturing facilities in the U.S., China, Germany, and the Czech Republic.

Tell us about your entry into the North American market, and how Mahr Federal came into existence.

The Mahr Corporation was established in the early eighties here in the States, leading to the acquisition of Federal Products, Inc., in 1999, which resulted in the creation of Mahr Federal. Mahr was based in Cincinnati, Ohio, at the time, and although Mahr Federal kept that facility, the former Federal Products location of Providence, Rhode Island, was chosen as North American headquarters. Cincinnati was such a great site in terms of its centralized location, however, that Mahr Federal decided to actually build a new, larger facility there, which now houses our Midwestern Customer Resource Center. All of our U.S. manufacturing is performed here in Providence, and we export some of what we build to other Mahr locations around the world and import some of what they make for our market. Each of our manufacturing sites is a “center of excellence” for certain products or technologies.

Tell us about your products and services that would be of interest to gear manufacturers.

We are a broad-range metrology supplier providing our customers with everything from handheld devices such as calipers and micrometers to highly engineered custom measurement systems. Gear manufacturers would be interested in our MarGear line of metrology systems.

The GMX 275, 400, and 600 machines were designed specifically for gear measurement, offering the precision and flexibility required by that demanding application. As is the case with any metrology system purchase, installation, calibration, and training are part of the package, and we’re also available to work with customers who are building new production facilities, redesigning existing cells, or incorporating MarGear machines into their manufacturing process. That’s especially useful for those who are embracing automated manufacturing technologies.

In addition to standard field services such as maintenance and repair, we also have one of the best-equipped calibration laboratories in the country, if not the world, here in Providence. When it was built the engineers dug underground and straight down to bedrock in order to eliminate vibration and ensure temperature control. We have sensors in there that are so accurate they can detect the ocean’s tide shifting the bedrock slightly over the course of the day. So we’re proud of who we are, and of what we’ve accomplished over such a long period of time.

It’s rare these days to see a family-owned company that’s been around for so long, but that’s a key part of our identity. When you have the fifth generation of the Mahr family setting our direction, it’s clear that we’re focused on making the right decisions for our customers and that the company will continue to be successful for the next 150 years and beyond.

Adhesive wear caused by fusing of the parts in contact, and...