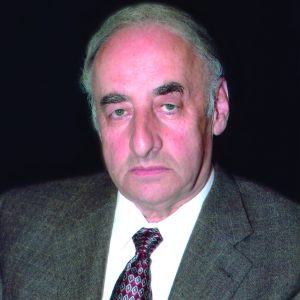 What is turbo abrasive machining (TAM)?

AM machines could be likened to free abrasive turning centers. They utilize fluidized bed technology to suspend abrasive materials in a specially designed chamber. Parts interface with the abrasive material on a continuous basis by having part surfaces exposed and interacted with the abrasive bed by high-speed rotational or oscillational movement. This combination of abrasive envelopment and high-speed rotational contact produces important functional surface conditioning effects and deburring and radius formation very rapidly. Unlike buff, brush, belt, and polish methods, or even robotic deburring, abrasive operations on rotating components are performed on all features of the part simultaneously. This produces a feature-to-feature and part-to-part uniformity that is almost impossible to duplicate by any other method.

What is its use in gear manufacturing?

Mass-finishing techniques, such as barrel and vibratory finishing, have long been recognized as the primary tools for metal part deburring and surface conditioning and, as such, have a wide application throughout the gear industry. As gear production techniques have evolved in recent years, it seems that an increasing number of parts require more sophisticated deburring and surface conditioning methods. Many parts routinely manufactured now have size and shape considerations that preclude the use of conventional mass media finishing techniques. Additionally, manufacturers of high-value parts now prefer manufacturing methodologies in which parts are processed singly and continuously rather than in batches, obviating the possibility that large numbers of parts will be scrapped or reworked due to human error or process maladjustment. Another important factor in evaluating current mass-finishing processes is their wet waste effluent stream, the treatment cost of which often approaches the cost of the actual deburring or surface conditioning operations themselves. Industry has long had a strong incentive to seek out mass-finishing methods that could achieve surface-finish objectives in a dry abrasive operation. In contrast with conventional methods turbo-abrasive finishing (TAM) operations are completely dry and produce surface effects rapidly in single-part operations.

What kinds of problems does it solve in gear production?

TAM processes were developed originally to address deburring and surface conditioning problems on complex rotating components within the aerospace industry. Aerospace parts such as turbine and compressor discs, fan discs, and impellers pose serious edge finishing problems. Manual methods used in edge finishing for these parts were not only costly and time-consuming, but more to the point, human intervention, no matter how skillful at this final stage of manufacturing, is bound to introduce some measure of non-uniformity in both effects and stresses in critical areas of certain features on the part. TAM provides a method whereby final deburring, radius formation, and blending in of machining irregularities could be performed in a single machining operation. This machining operation can accomplish in a few minutes what in many cases took hours to perform manually. It soon became obvious that the technology could address edge-finishing needs of other types of rotationally oriented components such as gears, turbo-charger rotors, bearing cages, pump impellers, and many other rotational parts. One area of current focus for the company is the large gears utilized in wind energy applications. One technical discussion made this problem statement: Typical multiple megawatt (MW) gearboxes, 1.5 MW and higher, are designed to operate for 20 years without requiring major maintenance to the drivetrain. However, many owners are experiencing gearbox failures after only a few years of service.

Although there are a number of methodologies that can be used to produce this surface effect, TURBO-FINISH may very well be the only practical method for processing the very large gears used in some of this equipment. Previous experience in aerospace industry applications involving rotating parts has shown dramatic service life improvement by 30-40% because of process’s simultaneous compressive stress generation and isotropic surface development. Non-rotational parts can also be processed by fixturing them to the periphery of disk-like fixtures. The TAM method provides manufacturers with the ability to utilize a high-speed precision final machining and finishing method that accommodate the current trend toward continuous processing of individual parts. Many larger and more complex rotationally oriented parts, which pose a severe challenge for conventional mechanical finishing methods, can easily be processed.

TAM as a surface-conditioning method is a blend of current machining and surface-finishing technologies. Like machining processes, the energy used to remove material from the part is concentrated in the part itself, not the abrasive material interfacing with part surfaces. And like many surface-finishing processes, material removal is not accomplished by a cutting tool with a single point of contact, but by complete envelopment of the exterior areas of the part with abrasive materials. As a result deburring, edge finishing, surface blending and smoothing, and surface conditioning are performed on all exterior exposed surfaces, edges, and features of the part simultaneously. Many metal parts that are machined by being held in a rotational work-holding device (for example: chucks, between centers, rotary tables, etc.) are potential candidates for TAM processes, and in many cases, these final deburring and surface conditioning operations can be performed in minutes—if not seconds.

MORE INFORMATION: To ask about the sample processing and beta-testing program, visit www.turbofinish.com or call (917) 518-8205.

From smaller cold-formed steel, gears can be cold pressed into the...