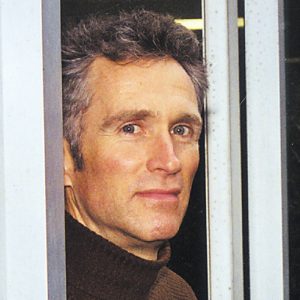 I think it’s fascinating that a metrology company has its roots in something so precise as watchmaking. Could you walk us through how the company has evolved over the years?

The company was founded in 1833 by Joseph Brown, who was a tinkerer and liked to take things apart to figure out how they worked, and his passion was for clocks and sewing machines. He hired a man by the name of Lucien Sharpe as his first apprentice, who was more of a businessman, so it was very much like the start-up companies of today, where everything begins with an inventor and then a businessman comes along to run things. Mr. Brown needed parts for the clocks and sewing machines that he built, and he wanted them to be more accurate than anyone else’s.

When he talked to the people who supplied the parts, though, he found that they had no way of determining accuracy, so he invented the micrometer and the linear dividing engine, among other things. Once he’d invented those things, he sold them back to the people who manufactured his parts, but they still didn’t have a way of making them better. So he went back to the lab and invented the formed tooth gear cutter, the milling machine, the grinding machine, and the screw machine–all of which still operate in basically the same fashion as they did then.

Sounds like the company had grown a bit beyond its beginnings in metrology.

That’s true. By the 1950s, in fact, we had become the largest machine tool company in the world. But then international competition came around, and it became clear that the company needed to get back to its roots, so it focused its energies in that area and soon became the largest metrology company in the world. There are basically three players left in the field, and we each have a pretty commanding share of the business, worldwide.

I understand that Brown & Sharpe was acquired by Hexagon a couple of years ago.

Yes, and it’s worked out very well. We had built our company by buying brands, and we basically had the world’s largest collection of the best brands in metrology, and that was very attractive to them. So they approached us in 2000, and we closed the deal the next year. Also, we’d sort of managed ourselves into a box, and they came in and helped us financially, and from a managerial standpoint as well. They have a very strong, unique managerial method that’s really helped us to develop our plans for the future.

What’s your own history with the company?

I have an undergraduate degree in mechanical engineering, and a master’s degree in manufacturing engineering, and I was working for GE up until joining Brown & Sharpe as a design engineer in 1976. But after doing that for awhile, I found myself spending more and more time educating the salespeople, and it became clear to me that I liked working in sales and marketing more than doing strict engineering.

I’d bet that your background in engineering plays a strong role in the success of your marketing efforts.

I think that kind of expertise is probably necessary in just about any field these days. Selling is more technical today, and the vast majority of salespeople need either an engineering degree or a very good grasp of how engineering and science works. Nearly everything that’s sold today is ultra-technical, so it’s handy to have a good understanding of that technology.

What’s the most exciting thing you’re involved in these days?

Having Hexagon onboard is at the top of the list. They brought a huge level of financial, psychological, and managerial stability to our company. The fact that we’re still in business after 170 years, and doing the same thing that we started out doing, is equally rewarding. We’re finally firing on all our cylinders again, and that’s pretty exciting.

MORE INFORMATION  To learn more about Brown & Sharpe, visit their website at www.brownandsharpe.com.

Depending on the material being tested, attributes and qualities to be...