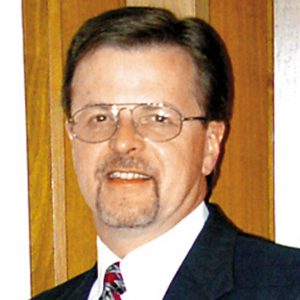 I know that SETCO is the largest independent manufacturer and rebuilder of spindles and slides in North America, and that you work with special machine tool builders, power train machinery manufacturers, and general industrial end users. Anyone else?

Yes, quite a few. We also supply the semiconductor and aerospace industries as well as testing/research facilities, among others. We probably do more custom design than anyone else out there. We have our line of standard spindles, but when things get really tough, or if somebody wants something that’s a bit out of the ordinary, we’re typically the people who get called. So our customer base is really quite broad.

As vice president of engineering, development & quality, your job title indicates a broad range of responsibilities, as well.

That’s true. I manage product engineering, which is responsible for designing the product lines and supporting them from a technical standpoint, and then from a quality point of view my work involves overseeing the gauge lab, the inspection department, and communicating with our customers’ quality departments to make sure their expectations are being met.

Where does the “development” part of your job come in?

We are constantly developing new products, and a good example of that is the SETCO AirShield, which has really been an “enabling” technology, because once you’ve addressed the number-one culprit behind spindle failure, you can focus your energy on other things. We’ve concentrated a great deal of attention on grease life, for instance. In years past, grease life for a spindle has been about two or three years. But now that the internal sealing system we’ve developed has extended spindle life to six and seven years by minimizing contamination, a three-year grease life isn’t good enough anymore. That’s why we’ve been working on developing a grease that yields a comparable life, so as to get it in synch with our other design improvements.

Speaking of developments, I understand that you’ll be introducing something new at the IMTS show this year.

We’ll be exhibiting a new line of high-reliability CNC motorized spindles, and what’s exciting is that, in addition to integrating our SETCO AirShieldÅ into the spindle, we’re limiting the maximum speed to 24,000 rpm. We’re taking a different philosophy than our competitors. Most higher speed spindle manufacturers will simply design a 30 or 40,000 rpm spindle, and if you want to run it at 10,000 or 15,000 rpm, you just slow it down to those speeds. But the key point that’s often missed is that the design tradeoffs that had to be made to enable a spindle to run at 40,000 rpm are unnecessary at lower speeds. Those tradeoffs involve reliability and robustness. What we’re doing is leveraging bearing and lubrication technology to build a spindle to run at 24,000 rpm and under while retaining a robust architecture.

I’m sure you’ll be getting plenty of orders after the show, but how about now? Are you seeing the same increase in business lately that I’m hearing about from other people?

Absolutely, our business level is up quite a bit. And as far as the future is concerned, we’re all very encouraged, but still a bit guarded. We’re being cautious, as are most of the people that I know in this industry, but we think the business level will remain strong in the coming months. In fact, the last time I looked, several sectors of the factory utilization index were at 77 or 78 percent, which is a good indicator for machine tools. Once factory utilization gets above 75 percent, you’re going to see some pickup, and 80 percent is typically full capacity. That’s where it was back in the late 90’s, which was basically the peak of the U.S. machine tool business, so we’re doing everything we can to position ourselves well for a return to that level of activity.

All this has to do with the future, but SETCO and its affiliates have a pretty impressive past, too.

You’re right. SETCO was actually founded in 1912. In 1996 our parent company, Holden Industries, combined SETCO and Whitnon with Master Machine Tool to create their machine tool components group, with all now doing business as SETCO Sales Company. In addition, we’ve recently acquired the assets of The Pope Corporation, which is another major spindle manufacturer. So, in addition to our increased capabilities, we have the industry’s most extensive archive of spindle designs. Because of that, we have the capability of repairing to original specs or producing a drop-in reproduction of an older spindle with substantial updates for performance and reliability. Of course, we can offer all the benefits of our new product lines as well. We have a healthy respect for the past, but we’re always improving and looking to the future, too.”