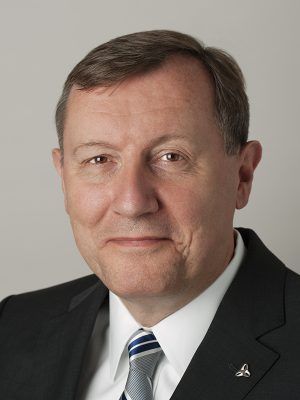 Wittenstein was awarded the 2015 Hermes Award at the Hanover Fair in Germany for its new Galaxie Drive System. What does it mean to win this award?

It’s a big deal for us and for our customers. Winning this award proves that although Wittenstein is a mid-sized player, we have the technological and engineering capabilities to be one of the top technological leaders in the gear manufacturing industry.

The Hermes Award is not as well known here in the United States as it is in Germany and around the world, but in American terms and from a prestige perspective, it’s like the Oscars of engineering. It’s a very big deal for us and for our customers. Out of the 70 companies that applied, Wittenstein won, even as a small company in Germany with 1,800 employees worldwide. It’s a testament to our innovation, engineering and research.

It sounds like the Galaxie has redefined what a gearbox is and how it performs. What are some of its defining features?

The defining features that set the Galaxie Drive System apart are the high torque density with zero backlash in an extremely torsionally rigid system, combined with a very compact size and a hollow shaft configuration, with the ability to withstand significant overhung loads. There are simply no other products on the market that are able to combine these features into a system. You will often see zero backlash solutions, but these typically suffer in the fact that they achieve this in a way that compromises the rigidity of the system.

The way we achieved this was by engineering a revolutionary new technology.  It started with the polygon ring, which has the form of a logarithmic spiral. We were able to design a tooth system that has full tooth contact on one-third of the teeth and at least partial contact on all but three teeth at any moment in time which guarantees zero backlash and extremely high torsional rigidity.  Conventional involute gearing creates a line contact on a limited number of contact points which limits the surface area. With this new technology we are able to achieve 6.5 times the amount of surface area contact in the gear mesh compared to other leading gearing technologies.  This translates directly into a large increase in torque transmission and stiffness, at values of three to five times a similar sized traditional gearbox. This is why our Galaxie Drive System is a real game changer.

Has this new Galaxie gearhead generation been applied to real-world applications?

The gearbox with that principle that we defined and invented here over the past couple of years is extremely stiff. It couldn’t have been done in a year or two. We needed multiple years and multiple prototypes and a lot of engineers working on it to get it right. We created a prototype two or three years ago. The first application was a rocket missile. The German Aerospace Center had a problem. They were looking for a very small gearbox that could sustain high-quality performance under extreme conditions, such as high forces, negative temperatures, and high rigidity requirements, which is what is required when you shoot a missile into space. They found us, and we designed that gearbox to their exact specifications. Besides the attributes I previously named, like the stiffness and it performing 6.5 times more line contact performance, this gearbox and its footprint are extremely small and efficient, which is what they were looking for.

As another example, we have a customer who is a spline-shaft manufacturer. He was using existing technology and not getting the performance he needed to meet the demand of his customers. The process speed was limited due to rigidity issues. If they attempted to run their system at higher speeds, the control system could not maintain stability. So, we applied the Galaxie to his machines, and it changed the entire work environment. Now, his machines can do spline shafts at speeds never achieved in the past. This gearbox is extremely stiff, has no backlash, and can transfer the force and the torque. For those reasons, this customer achieved 40 percent more efficiency of his machines. He didn’t change the design or frame of the machine. He changed the drive system, and he achieved fewer vibrations, which is an issue with spline-shaft manufacturing, and now his customers can manufacture more splines in a shorter amount of time. This gave him a competitive advantage because no one else could do that because they didn’t have the technology incorporated into their machines.

What do you believe Wittenstein’s new Galaxie Drive System brings to the table in this industry?

Galaxie brings excitement and inspiration back to the industry. It’s clear that what Wittenstein has achieved here with their engineers is something special. We’re always working on ways to make our products as advanced as possible, and Galaxie lays a foundation for further advancements. From an engineering point, the Galaxie Drive System is a game changer, and other highly engineered companies recognize that right away. They have said that what Wittenstein demonstrated at the Hanover Fair is amazing, especially since there is still room for improvement and that you can change the entire concept and come up with a brand new concept with this mature technology. There are decades of gears and gear technology around, but with the design of the Galxie Drive System, Wittenstein has made the first truly innovative leap forward in a generation. Again, it’s not for everyone or for all applications. It is better suited for specific applications in high-demand arenas. However, I truly believe that it’s fantastic and a great asset to the gear manufacturing industry.