It has been one year since United Tool Supply Company’s founder and president Rusty Young passed away, and his son, Jeff Young has since taken over the family business. A lot has changed throughout the past year, and although the family and company have been faced with great adversity, both overcame those obstacles and are striving to preserve and build on Rusty’s legacy within this industry.

Rusty Young was a gear head, a risk taker and a successful entrepreneur. Sure, he didn’t fall in love with gears right away, but after a couple failed business endeavors — including one that had him driving down to Florida and back to Ohio to deliver fresh seafood and another involving selling those quarter-operated pool tables you occasionally see in bars — he found his calling. In 1973, he and his wife, Karen, founded United Tool Supply Company in Cincinnati, Ohio — the manufacturing capital of the United States at the time. What started as a small distributor for Mitutoyo’s measuring tools would later flourish into a thriving business solely focused on supplying machines made in-house for the gear manufacturing industry.

Then, according to his son, Jeff, in the mid-80s, one of United Tool’s customers came to Rusty and said that he needed to figure out a way to better check gears. Luckily for Rusty, he knew some bright engineers at the big-name companies in town from selling them supplies and measuring tools. He decided to hire his fellow gear professionals to come up with a solution to his problem. The result was the wooden model 8600 of Rusty’s iconic Unite-A-Matic, later forged into an applicable steel model. In 1986, with his machine on the forefront of its technology, Rusty began a transformation that would take the business from a supply company into a manufacturer, and in doing so, changed the gear industry forever.

“I give my father all of the credit in the world for developing it,” Jeff said. “There was nothing else like it at the time. It was the first product out there. What it did was take out a lot of the variables when it came to operator influence and human error. The original Unite-A-Matic was very accurate, repeating within a couple of microns. It was a game changer.” 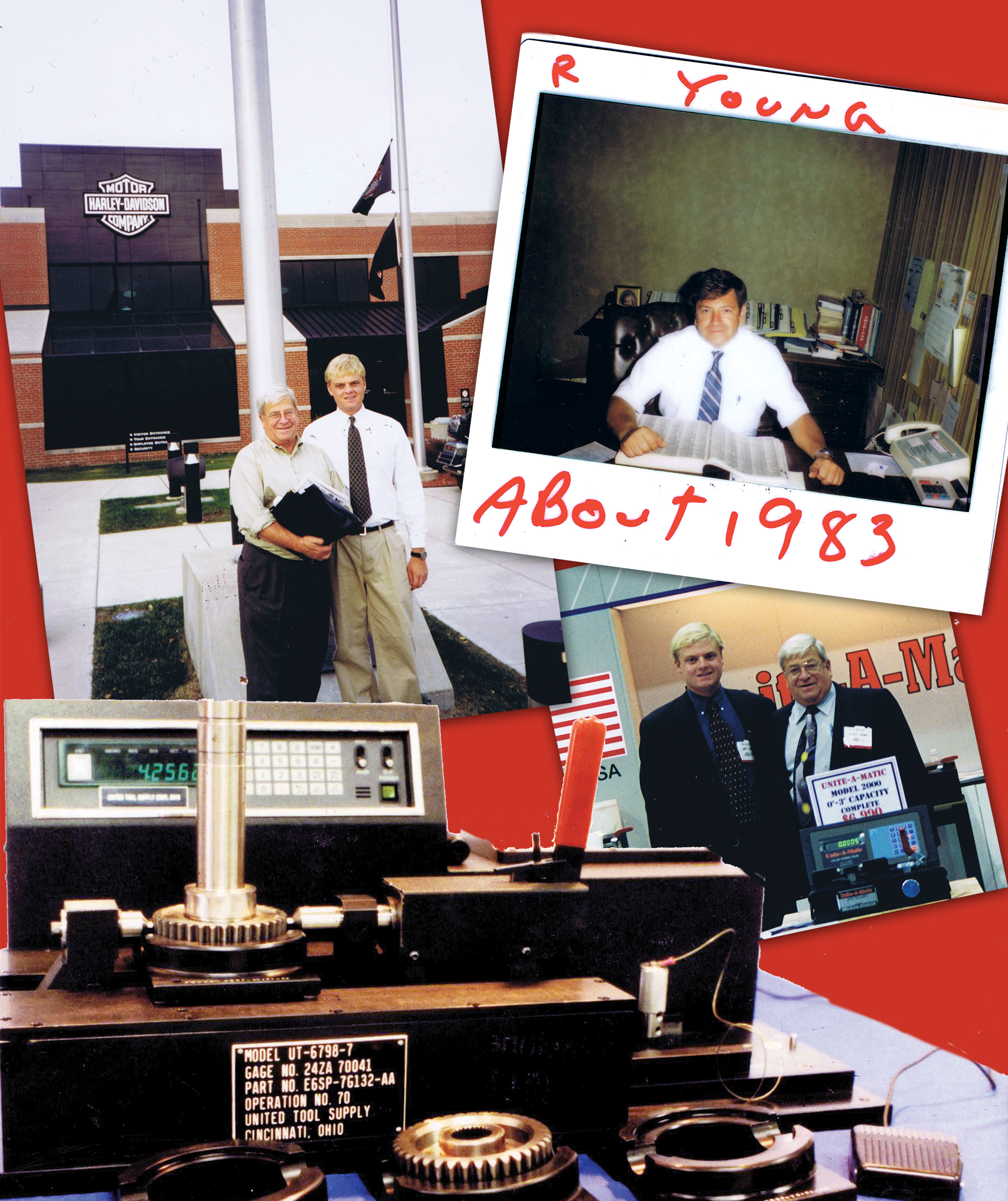 With his Unite-A-Matic in tow, Rusty set off for a gear show — the best way to showcase his revolutionary product—where it was a hit. Since then, the model 8600 has remained a very popular machine, but as it is with all technology, advancements had to be made.

“Ever since the [Unite-A-Matic] came out, it’s done exceptionally well, but some of our customers came back to us and said, ‘We have no reason to buy this large machine. We only make gears up to three inches.’,” Jeff said. “So, we made another machine that checks up to three-inch gears called the Unite-A-Matic Model 2000. This unit has a much smaller footprint and a lower price point. Now, we have several different models of that original machine that effectively cater to different segments of the market.”

Rusty built a strong, healthy business from the ground up, and its reputation for producing quality products is enough to sustain his legacy, but that’s not to say Jeff isn’t bringing something new to the table as his father’s successor.

“I have big shoes to fill,” Jeff said. “This has been a great business. [United Tool] has been around now for 42 years, but to be competitive in our market, we realize we need to be more dynamic. There are always areas of our business that we are changing, and aspects we’re trying to improve.”

Jeff’s no rookie, either. He grew up on United Tool’s shop floor watching every move his father made and began working there when he was 16 and every summer throughout high school and college. He went full-time after graduating from the University of Colorado in 2004 and took over the role of running the company last February after his father passed away at the age of 69. For Jeff, United Tool isn’t just a family business; it was a part of his family.

“There’s no better way for me to think that I’m making my father proud than me taking over and growing his business,” Jeff said. “This company has always been part of my life and to honor my father, we are working hard to preserve his legacy.

Since Jeff took over the daily operations, he’s had one major focus — upholding the values of his family’s business while meeting the modern needs of its customers. 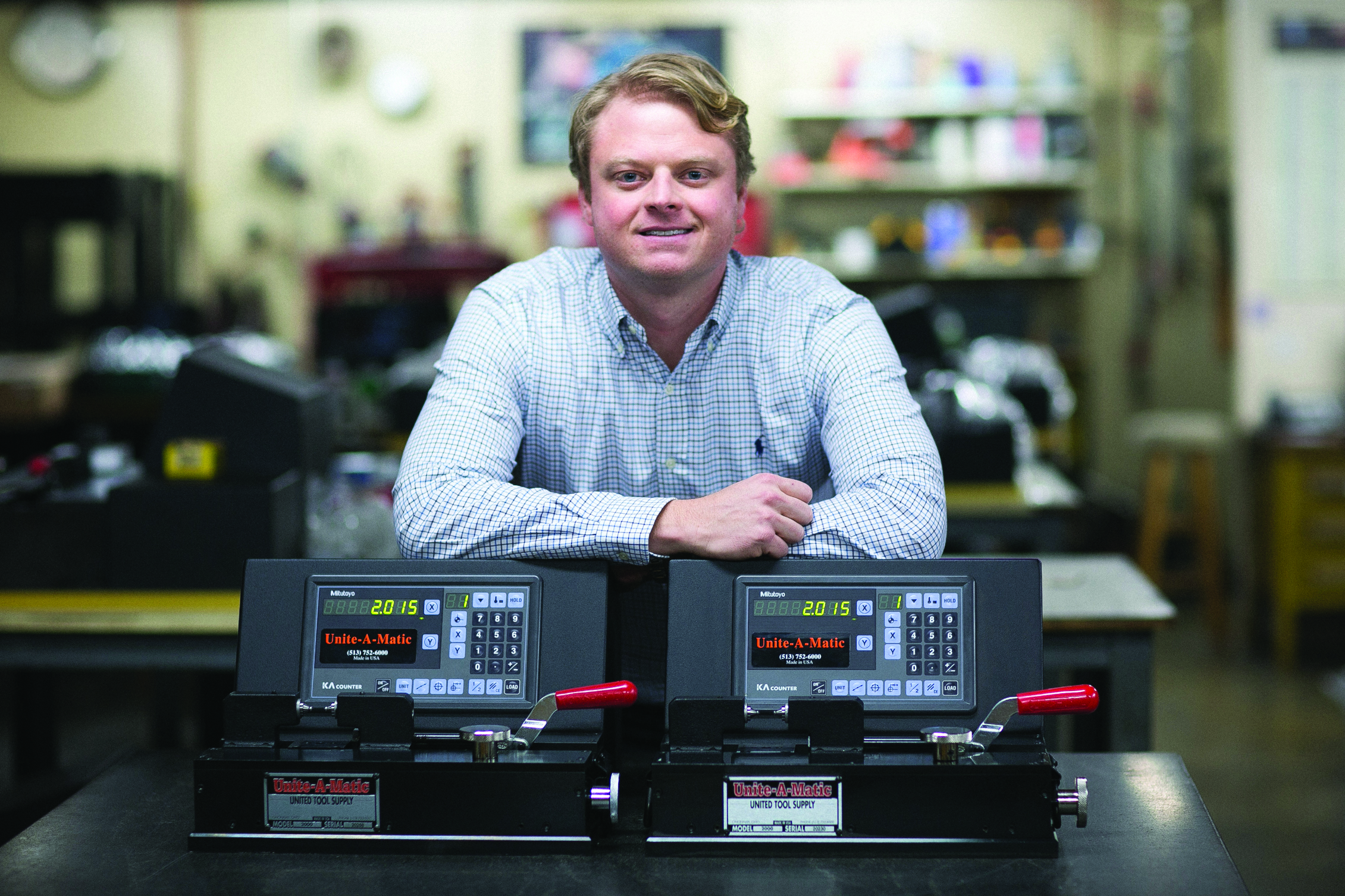 “My father was great at what he did, but he was not well-versed in the computer age,” Jeff said. “Therefore, lots of things are in the process of changing. Internally, we have changed the way that orders are processed by implementing an automated system. We now use a new process to insure that our customer’s drawings are drafted correctly and meet their specifications. We also have a completely brand new, original website.  There are many ways to improve efficiencies with today’s technology. Design, orders, tracking, and sales are just some of the areas where we are focusing.

“The majority of our customers are still automotive, and we do a fair amount with agricultural, aerospace, and some marine-based applications, but I would like to continue to expand that reach. We have also conducted more business in foreign markets over the past 10 years, which through actively hiring sales representatives in those markets, we plan to continue that trend.”

Jeff has also made it his mission to improve United Tool’s customer service by improving their documentation techniques and creating a more efficient method for how they operate day-to-day.

“We want our customers to know that we’re still trying to grow the business,” Jeff said. “We may be a 42-year-old company, but there are still a lot of opportunities for advancement and growth out there, and it all comes back to customer service. I’ve been very focused on that.”

However, among all of these advancements and improvements, Jeff said some things will remain constant thanks to his father.

“One of the main things that keeps our customers coming back to us is that we have a 30-year track record of doing what we do well,” Jeff said. “So, even when companies can go to one of our competitors, they come to us because they know what they’re going to get. That makes us always focus on quality, which means everything we send out has to be perfect. I personally check every machine that goes out. It’s not like this is something we only do to make a living. This is something we do because we actually enjoy it, and we take a lot of pride in it.”

In addition to improving internal affairs, Jeff also plans to follow in his father’s footsteps by bringing advancements and modern innovations to the place where it all started—the Gear Expo.

“We have several advancements to our product that will be on display at the Gear Expo in October,” Jeff said. “We’re modernizing our product to the point that will make us more competitive and will set us apart from other companies in the industry. With that being said, there are also new products that we are working on bringing to the table. Rusty made a great product that provided a healthy business, but there are other opportunities that we are actively pursuing. [The Unite-A-Matic] hasn’t changed much since 1986 because it works. Even if we modernize it so that it would fall into a different class, we’ll still keep our standard product available because there are customers out there that like to use a tried and true Unite-A-Matic. For us to grow the business, focusing on the needs of our customers is crucial.”

Jeff certainly does have big shoes to fill, but he has risen to the occasion, all the while keeping in mind what his father taught him and the legacy Rusty left behind.

“My father just did things differently,” Jeff said. “At times, I didn’t follow what he was doing or agree with him about it, but now looking back, I understand why he did things the way he did. My dad was a little eccentric, and he was extremely intelligent.  In my opinion, he was a mechanical genius. He created a great product, which lead to a healthy family business, and that is a huge achievement.”

Jeff and his team’s respect for his father and the company he forged are at the core of his guarantee to propel United Tool into 2015 with a commitment to customer service, growth, and new products. 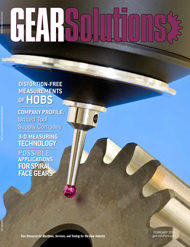