On the cutting edge: Lawler Gear is about to celebrate 40 years of supplying its customers with a variety of gears, CNC gear hobbing, gearbox rebuilding, and many other services.

“One of the unique things about us is our crew,” said Ray Lawler, president of Lawler Gear Corp. “Our average length of employment is 22 years. That’s a really good thing.”

Gear Solutions shared Lawler Gear’s story 15 years ago. But a lot can happen in that time span.

For four decades, Lawler Gear has made gear types that include spur, helical, bevel, splines, sprockets, rack, and worm. Those gears can be made in standard or metric.

Lawler’s CNC hobbing machine can hob a spur, helical, or worm gear up to 20 inches in diameter and up to 2 DP.

The expense of those fast and accurate CNC machines had kept many gear shops like Lawler from jumping in, but even more so because the gear-cutting concept from the very beginning was so perfect, according to Lawler.

“You take a CNC gear hobber and a manual one, and the stuff that’s made today is identical,” he said. “It works the same way. Bigger, beefier machines may have closer tolerance capabilities, but the concept is the same. And I think that’s the reason a lot of places like us were able to put off moving toward CNC for a longer period of time.”

But Lawler acknowledged that CNC machines were the future, and with that, came advantages to maximize Lawler Gear’s productivity.

Older manual machines could take from 30 to 60 minutes to set up, whereas CNC gear hobbers can be set up and going in less than 10 minutes, according to Lawler.

“When you’re doing a large number of parts, that 30- to 60-minute setup is not that big a deal,” he said. “But if you’re making one or two pieces, then it is a big deal. You also have the ability with the CNC hobbers to hit your size on your first cut. The CNC retains the data of that cutter. On the manual machine, it’s trial and error. You might cut a gear three or four times to get to size.”

That trial and error is negligible if the production calls for hundreds of pieces, but if all that’s being made is one piece, then the cutting time just quadrupled, according to Lawler.

“We use the CNC hobbing machine mostly for low quantity because the setups are so much faster,” he said.

And those low quantity jobs are what Lawler Gear has mastered over the years.

“We also do a tremendous amount of one-, two-, three-piece jobs,” Lawler said. “And we’re really good at that. We have made 6,600 different gears for one of our long-time customers. I can’t believe a company can draw a gear 6,600 different ways, but they have. Some of those we’ve done many, many times over. Some we’ve done one time. But their typical order quantity is one, two, three pieces. Consequently, we’ve learned how to be good at the low quantities.”

As a result of those low-quantity jobs, Lawler Gear also is able to reverse engineer projects.

“We can take samples, whether they be new or worn out, and reverse engineer them,” Lawler said. “We make a drawing of it and make that gear, maybe for somebody that has a machine where the manufacturer is no longer in business, or maybe they are, but they quoted them a 16-week lead time, and they need something sooner. And then we’ll have the drawing and retain that and if they need it again, we’ve got that part of it out of the way.”

In addition to those abilities, Lawler said his company also does some gearbox repair and rebuild work.

“One other unique thing that we have and do is we’ve got a wire EDM machine that allows us to do some oddball nonstandard internal splines and special keyway sizes,” he said. “It gives us flexibility to do some things that otherwise you’d have to wait and have some special tooling made. We can just program it, cut it in the wire EDM. EDM is a very slow process, you couldn’t do a huge amount of quantity, because it would get pretty expensive. But for a few, sometimes time is a major issue, and they can’t wait for the lead time on the tooling. So that gives us some flexibility as well.”

Along with the wire EDM, Lawler Gear can broach keys and splines, keyseating, vertical slotting, CNC turning and milling, grinding, and gear inspection.

All that specialized and new equipment only helps to serve Lawler Gear’s customers.

“I think we go out of our way to meet their needs,” Lawler said. “Quality is always our No. 1 focus that everything we do is right. Nothing that’s not correct leaves the door. Our main goal is to make good pieces and take care of the customers’ needs and make sure they’re getting what they need when they need it.”

Needless to say, Lawler Gear has come a long way since it was called Lawler Gear & Tool when it opened up shop in 1978. It dropped the “Tool” a few years later.

Lawler’s father, Cal, saw the need for gear work and realized it would be a good direction to go in. He started the company at age 50 in a 3,000-square-foot shop. It’s since grown to 31,000 square feet.

“He thought gears would be a good niche to separate us from everybody else,” Lawler said.

Part of Lawler Gear’s success came from being able to think beyond the status quo.

“We tried to be on the cutting edge of some things,” he said. “I wrote some computer programs early on to help us quote and calculate gear numbers. Everybody has that stuff today. But in 1980, I don’t know if anybody hardly did.”

In the future, Lawler said he hopes the company will continue to grow as the use of CNC equipment becomes more common.

“Our focus right now is to try to grow the business, get some new customers, and get to the point where we need to hire some new younger guys,” he said.

The younger generation is an important factor in the future of gears because fewer people know how to run the older machines, according to Lawler.

But at its core, Lawler Gear is still a family affair, even though the company founder passed away in 2014.

“My brother Wayne is the shop foreman,” Lawler said. “We are 50-50 owners. And my mom still helps with the book work at the company she and Dad started.” 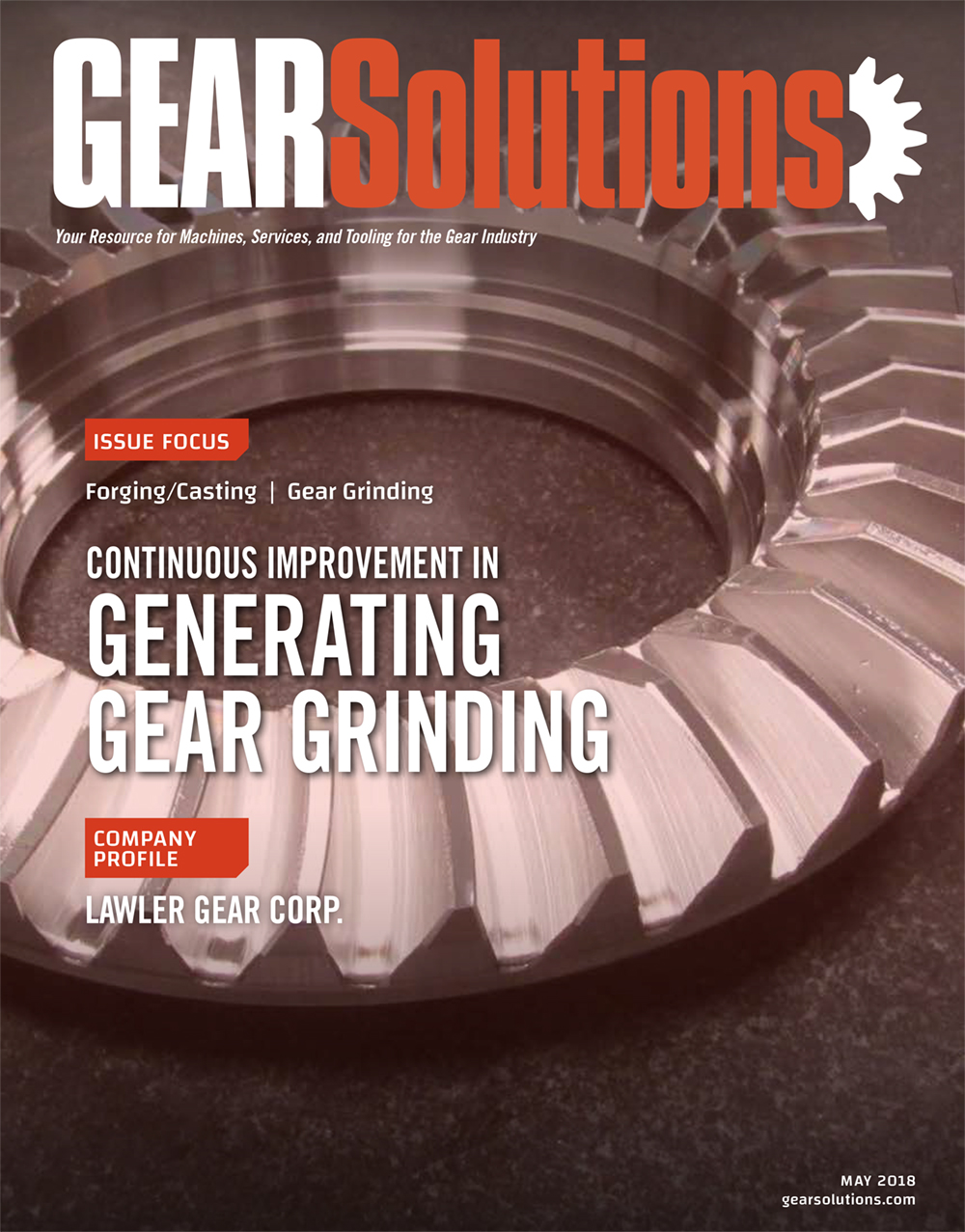