Tooling is a quintessential part of gear manufacturing, and one company’s needs are — more often than not — different from everyone else’s.

That’s why it’s important to offer catered solutions that can be custom made — which is where Advent Tool & Manufacturing can make a difference.

“We’re more of a problem-solving company when it comes to cutting complex forms and things like that,” said James Hartford, president of Advent Tool & Manufacturing. “We’ll always be here to do the custom work. We have an engineering staff, and we’re constantly looking at customer needs. We deal a lot with the end user and issues that they run across.”

In addition to its custom tooling, Advent Tool offers up a lot of options for the gear industry, including involute splines, helical gear cutters, thread mills, spline and gear mill inserts, solid carbide thread mills, and helical shell mill holders and inserts, according to Hartford.

“We do broaching, like on the mill turn centers,” he said. “We do a lot of broaching of keyway slots and involute splines.”

Custom splines are a big part of Advent’s business, according to Hartford.

“A lot of the splines that we do are not standards,” he said. “Most of our customers come in, and they’re looking for fillet root side fed or flat root, and they’ve all been modified a little bit. As you know, Caterpillar has their specs; John Deere has theirs. All of these gear manufacturers have different specs. And we’ll do a lot of reverse engineering for customers as well.”

Where the gear industry is concerned, Advent basically finishes the product on the machining center, according to Hartford.

“We can cut it, because we’re cutting it with carbide,” he said. “And we can go in there and broach it, or broach to a shoulder or mill it. We’re able to do a lot of high-speed milling. And it cuts the costs for the customer, because he’s able to do it in his machining center, and he doesn’t have to go to a gear-hobbing situation. A lot of these heads on the new machining centers are so accurate. They’re glass scaled. They’re probably as accurate — or more accurate — than some of the old hobbing machines.”

Advent’s end result to solving a customer’s needs may vary, but the initial approach is often the same, according to Hartford.

Working with the customer

“We have a full engineering staff here that will work on the gear or a spline software,” he said. “If they give us a spec, we’ll normally design it and do a drawing of it for the customer and give them the specs — the pitch diameter, all the wire, gauging, sizing, and everything else. And then we’ll send it to them for their approval, so they know what they’re getting right off the bat — so it matches what they’re making. And if it’s custom, we may have to modify it. But that’s what we’ll do. And if they turn around and say they want a square-shouldered cutter, we’ll design it; we’ll draw it; we’ll make sure it’s what they want, and we’ll ship it off to them.”

Advent works with a lot of European design DIN standards, and can assist in replacing and reworking parts that may no longer be available because of age, according to Hartford.

“People who are repairing equipment a lot of times, they’ll have a spline they have to cut, and they don’t know what it is, because it’s often an older piece of equipment,” he said. “They can send us the part or some of the dimensions, and we can reverse engineer it. We can look at this, and then come up with what they need. We can grind the insert and everything to match what they’re looking for, and they can actually mill it in place.”

The bottom line for Advent is to be cost effective as well as capable, according to Hartford.

“We advertise, and we do a lot of service work for customers that maybe a big gear house doesn’t have time or the capability to do,” he said. “With the smaller customer or one at the development stage of this type of work, we’ll come in and help a guy, from top to bottom, develop a process for his product or the gear or teeth he’s making or forms that he’s cutting. Ours is just like an engineered problem-solving thing. We’ve worked with a lot of machine-tool builders — Mazak, Okuma — where we’ll come in and help do turnkeys for customers.”

After Advent began offering thread milling, the company expanded into spline milling, which spurred the development of software to aid with those endeavors, according to Hartford. That was in the late 1990s, when Advent started marketing its involute spline cutting tooling.

“We didn’t push it as hard as we probably should have, because the machines had to catch up to what we were able to do,” he said. “And then, as the CNC machines were evolving, we fit our tooling into them.”

As the machinery advanced even more, Advent was able to cut many different shapes and in different directions, according to Hartford.

“We were able to utilize the new machinery, because it’s so much more capable than the old machinery used to be,” he said. “Their accuracies are so much higher, and they’re cutting hardened materials. We had the tooling probably before the machinery evolved. We had the equipment here, but not everybody on the outside had that equipment. So, they had to catch up or evolve themselves, before the tooling became valuable.”

Advent Tool & Manufacturing opened its doors in October of 1974 where it started life as a contract machine shop, according to Hartford.

“We did a lot of contract machining, all custom parts for a variety of customers,” he said.

When a job surfaced that needed threads cut on a square part in a machining center, Hartford and his colleagues were forced to create the tooling to make it.

“We developed our own; we made our own cutters for it,” he said. “We did that on some Herco machining centers, and it cut the threads beautifully, and we got the job out. Other people liked the idea, and they wanted us to make more of them. We developed a customer base, and eventually, we phased into that.”

Once Advent was established making custom forms and thread forms in the 1980s, the company moved out of the contract machining part of the business and never looked back, according to Hartford.

Advent keeps all of its equipment in-house, which allows the company to keep a lot of its production under the same roof, according to Hartford.

“We do a lot of testing in-house,” he said. “We do so much here. We run across things that a lot of other companies don’t. Our machinery is up-to-date; it’s all computerized machinery. We try and see what we’re able to produce on the machine economically and accurately. And, if it works for us, it’ll work out in the field or out in the market.”

Hartford points out that Advent is currently looking into cutting custom forms in composite materials.

“That hasn’t hit the market yet,” he said. “But, as opposed to using diamond or very expensive PCD products on composites, we’re working with a custom carbide company now and doing a lot of testing and cutting composites. We’re seeing what tool life is and cutting the cost by 30  or 40 percent. We’re able to grind some of these materials with conventional equipment as opposed to having to laser burn or wire and still get the life out of it for cutting composite materials.”

Even though Advent is looking for ways to stay competitive in a constantly evolving industry, Hartford said it boils down to one simple tenet: Time is money.

“Basically, what we like to do is save time and money,” he said. “Our big thing is that we have a lot of stock splines and forms that we sell right out of the catalog. If a customer has one or two parts, he’s able to produce them economically with one of our holders and just change out inserts. He’s able to go in and cut that spline. It’s a very inexpensive machine. They can turn those one or two parts around and get them to their customer quickly, as opposed to going out and have somebody else do the hobbing.”

Part of that constant evolution is the development of new equipment and building better tooling, while trying to stay cost effective, according to Hartford.

“We’re always working with the end user; we try and stay involved with what’s out there,” he said. “Not everybody can afford an expensive hobbing machine. But if they have a good mill turn center, all of a sudden, now they can do it in-house. A lot of these Swiss screw machines are doing splines and shafts in-house now because of this tooling.” 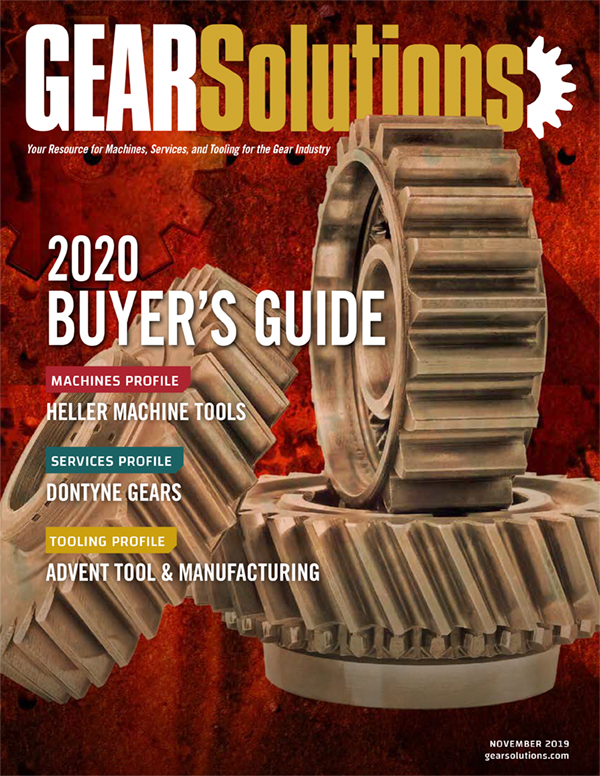