Distortion is a worldwide problem in heat-treating, and has ramifications in part quality, additional manufacturing costs, and part performance. The cost implications are immense. A study by Thorben [1] indicated that the 1995 losses from heat treatment alone in the German machine, automotive, and transmission industry exceeded $1 billion. This does not include the rest of Europe, Asia, or the Americas. While there has been extensive research on the sources of distortion, and the causes, distortion, and residual stress is still a problem in the heat-treating shop.

The literature is filled with papers trying to understand and model the distortion of components. Modeling has been used to understand the heat treatment process and the entire process chain. However, modeling is usually used to model the component under perfect conditions — new tooling, homogeneous steel, uniform heat-treating conditions and quenchant. Rarely are sensitivity studies performed to look at the expected variation of distortion due to manufacturing variation.

The incoming raw material plays a critical role in the quality of a finished part. The prior microstructure and hardenability of the alloy grade selected, as well as the cleanliness of the incoming material affect distortion and the mechanical properties (fatigue and impact properties). Hippenstiel [2] evaluated the effect of prior grain size on distortion and found that finer grain size contributed to reduced distortion. He also found that by reducing the amount of grain size variation, further reductions in distortion could be achieved.

In another study [3], electro-slag remelted and vacuum melted and remelted X38CrMoV5-1 hot-work steels were examined for distortion, residual stresses, microstructure, and properties. The vacuum heat treatment was varied to develop a model of phase volume fraction, residual stress, and hardness. Using a Gleeble, the transformation kinetics and flow curves for the alloys were measured. A hardness after tempering was developed based on the volume fraction and hardness of each phase. An additional difficulty was the calculation after tempering was overcome by the inclusion of a coarse secondary hardening carbide. The validation of the model showed good correspondence with experiment.

annealing or hardening, and tempering. The resultant microstructures were primarily ferrite and pearlite in the normalized “as-delivered” condition, with some bainite and martensite due to the high hardenability. The annealed structure was ferrite and pearlite, while the hardened and tempered structure was tempered martensite. The extent of the distortion was evaluated by measurements before and after heat treatment of machined shafts. The effect of hardenability on the distortion of the heat-treated shafts was also examined.

The examination of the prior microstructure on the distortion of press-quenched gears was conducted by Reardon [5]. In this study, 464 mm diameter AISI 8620 H steel automotive transmission gears were processed in two separate furnace loads. For the first set of gears, which were designated Series 1, the normalizing temperature that was used was 926° C. These gears received a single normalizing cycle. The second set of gears, labeled Series 2, was normalized twice in succession. The first normalizing cycle they received was identical to that used for the Series 1 gears. For the second normalizing cycle, the temperature was raised to 954° C. Each group of 24 gears was subsequently processed through a gas-carburizing furnace using an endothermic atmosphere at a temperature of 926° C to generate effective case depths in the range of 0.0016 mm to 0.0022 mm. The gears were all cooled to room temperature after carburizing was completed. They were then reheated to the austenitizing temperature of 854° C, and individually press quenched.

Funatani [6] showed that the distortion of SCr.420 steel (a Cr case hardening grade) increased with a small variation in the Jominy End Quench hardenability. The change in overall diameter changed from 20 µm to 80 µm as the hardness at 12.5 mm from the quenched end on the Jominy End Quench Test changed from 24 to 30 HRC (Figure 4). Hypoid ring gears of SCM430H showed that the maximum pitch angle increased as the hardenability of the steel increased.

The results of the modeling show the distortion of the AISI 4320 carburized pinion gear was approximately 0.15 mm — approximately one order of magnitude greater than the bow of the carburized AISI 8620 gear. This behavior was explained by the differences in the continuous cooling curves of the two materials. The AISI 8620 material, with a short martensite shelf, has a significantly lower hardenability than AISI 4320. Fast cooling rates are required to achieve a fully martensitic structure. AISI 8620 also has a significant bainite bay at the expected cooling rates expected during quenching. AISI 4320 has a much higher hardenability with a large martensite shelf. Slower cooling rates can still achieve a fully martensitic structure.

The cooling rates on opposite sides of the pinion were determined to be approximately 800° C/min and 400° C/min respectively.

For 8620, during quenching, the core transforms almost completely to bainite. While some asymmetry of transformation occurs, equal amounts of bainite are formed. There is less volume expansion due to bainitic transformation, resulting in less distortion.

Recommendations included increasing the agitation or modifying the racking to achieve uniform heat transfer around the circumference of the shaft.

An investigation into the effect of variation of hardenability within heats of 16NiCrS4 carburizing steel was conducted by Stormvinter, et al [8]. Three different heats of material (Table 1) were obtained as tubes of 71 mm diameter and a wall thickness of 17 mm. The tubes were sectioned and machined into rings of 70 mm diameter with a wall thickness of 16 mm and a height of 19 mm. The calculated ideal diameter, DI in mm, for Heats A, B, and C were 80.47 mm, 91.73 mm, and 100.82 mm. All heats satisfied the requirements for 16NiCrS4.

The rings were first machined then stress relieved at 600° C for five hours. Rings were austenitized at 850° C for one hour with no carburizing. The rings were then quenched in an accelerated quench oil at 50° C. The rings were measured for distortion before and after heat treatment. The results of the measurements at the inner and outer diameters are shown in Figure 5, Figure 6. The hardness of the rings was identical within the error of the hardness measurement. 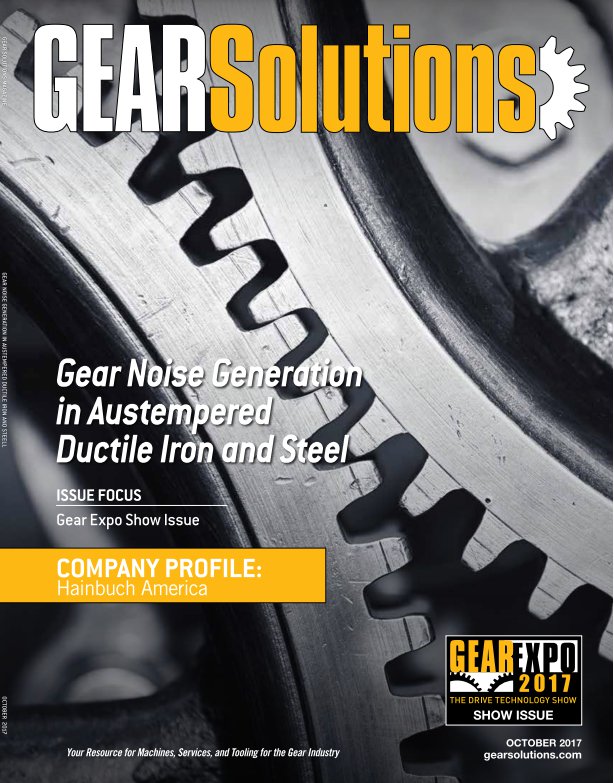