A tight-knit family environment and a commitment to excellence has kept this Worcester, MA company ahead of the curve for 50 years.

This place is a second home for me,” says Charles Garniewicz, director of research and development for Kinefac® Corporation, now celebrating their 50th anniversary. He proudly describes his 43-year attachment to the Worcester, MA-based company that has been making quality rolling machines for half a century. His is a common sentiment among the company’s 50-plus employees, whose goal is continual improvement in anything they do.
“The company was founded in 1962 by my father, Howard Greis,” said President Noel Greis in recounting the company’s rise to become an internationally known manufacturer of forming and turning machines and systems. “Our first products were rolling machines. We manufactured machinery for the production of threaded parts, largely for the automotive and appliance industries at the time. In the 50 years since then, we’ve grown considerably in our capabilities.” 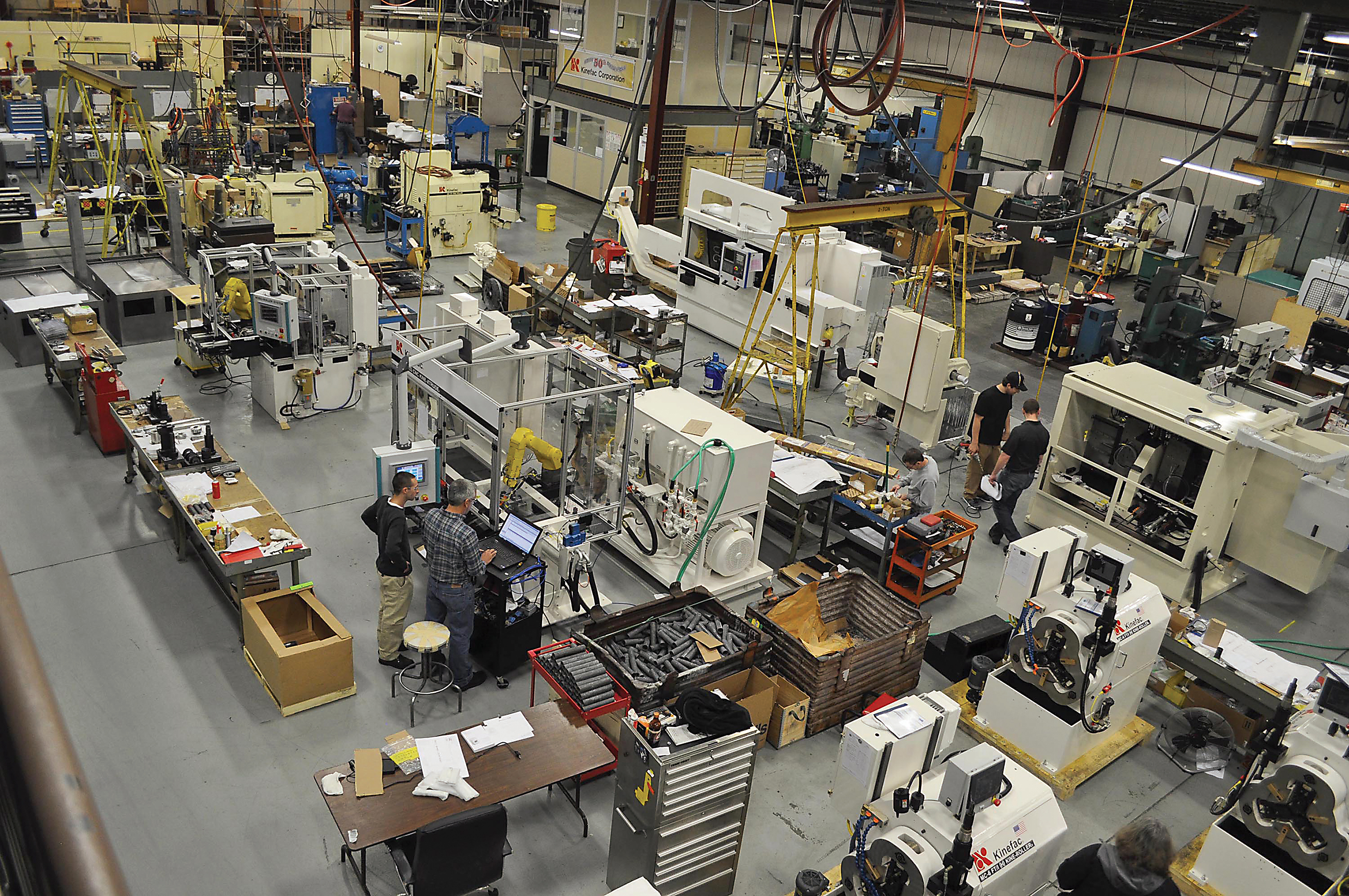 “Part of our goal is to be continuously innovative in anything we do,” Garniewicz goes on to say. “We want to make it better, faster, less expensive, more accurate. Specifically, in terms of gearing, we have machinery in the field that is improving the surface finish of ground worms. These worm shaft blanks are ground with an 8, 9, or 10 Ra finish, and we are improving the finish down to 3 to 5 Ra in an automated roll forming operation. We try to stay ahead of the curve, and to work with new and developing technologies. For example, we were challenged to design and build a rolling machine that was submerged in 450ºF oil for ausforming gears. It was a novel approach, where we start with a pre-formed powder metal gear and pass it through induction heating coils to raise the surface temperature required for ausforming. We then plunge the heated blank into a tank containing 450ºF hot oil as well as the roll forming tooling. The blank is then roll-sized and finished to produce the densified and ausformed gear. For us, that was quite a challenge.

“The patented Kine-Roller® started out as a machine to roll form threads. Conceptually, each of the forming dies moves toward the central work axis, which was different from the machinery that was available in the early ‘60s. Because of that feature, it required far less complicated work support tooling. In the late ‘60s, we were involved with the manufacture of machinery to roll B-7 studs and high-speed thread rolling. Later in the ‘70s, we worked on a through-feed and cutoff process, where we converted up to 20’ long pieces of rod or tube into elements such as balls, rollers, and other cylindrical shapes at high speed. Some of the machines we developed and sold with this process in the ‘70s are still currently in production. In the late ‘60s, we developed our own CNC 4-axis grinding machine for the production of variable lead dies used in producing these cut off shapes. Back then, that was considered a unique piece of equipment.” 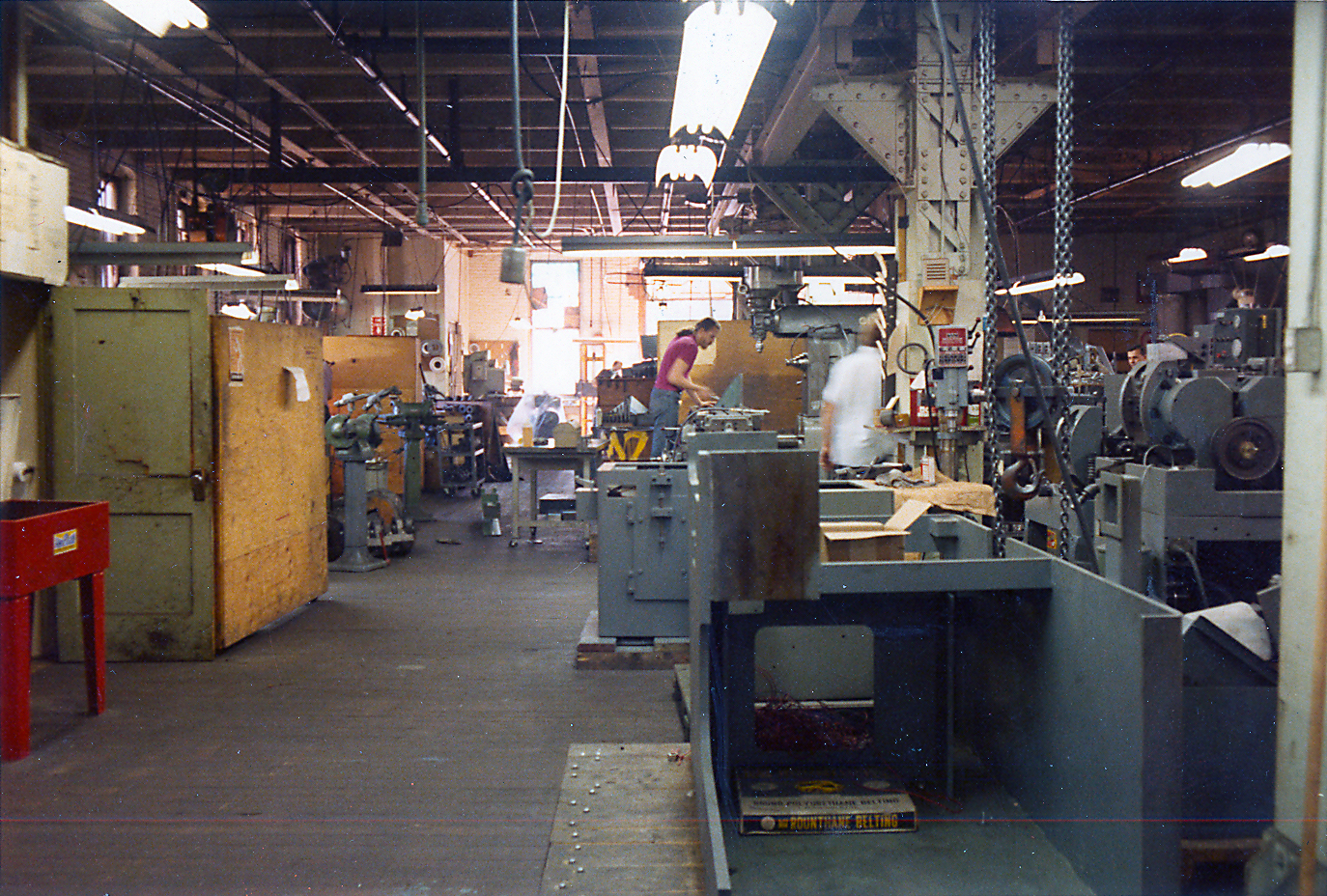 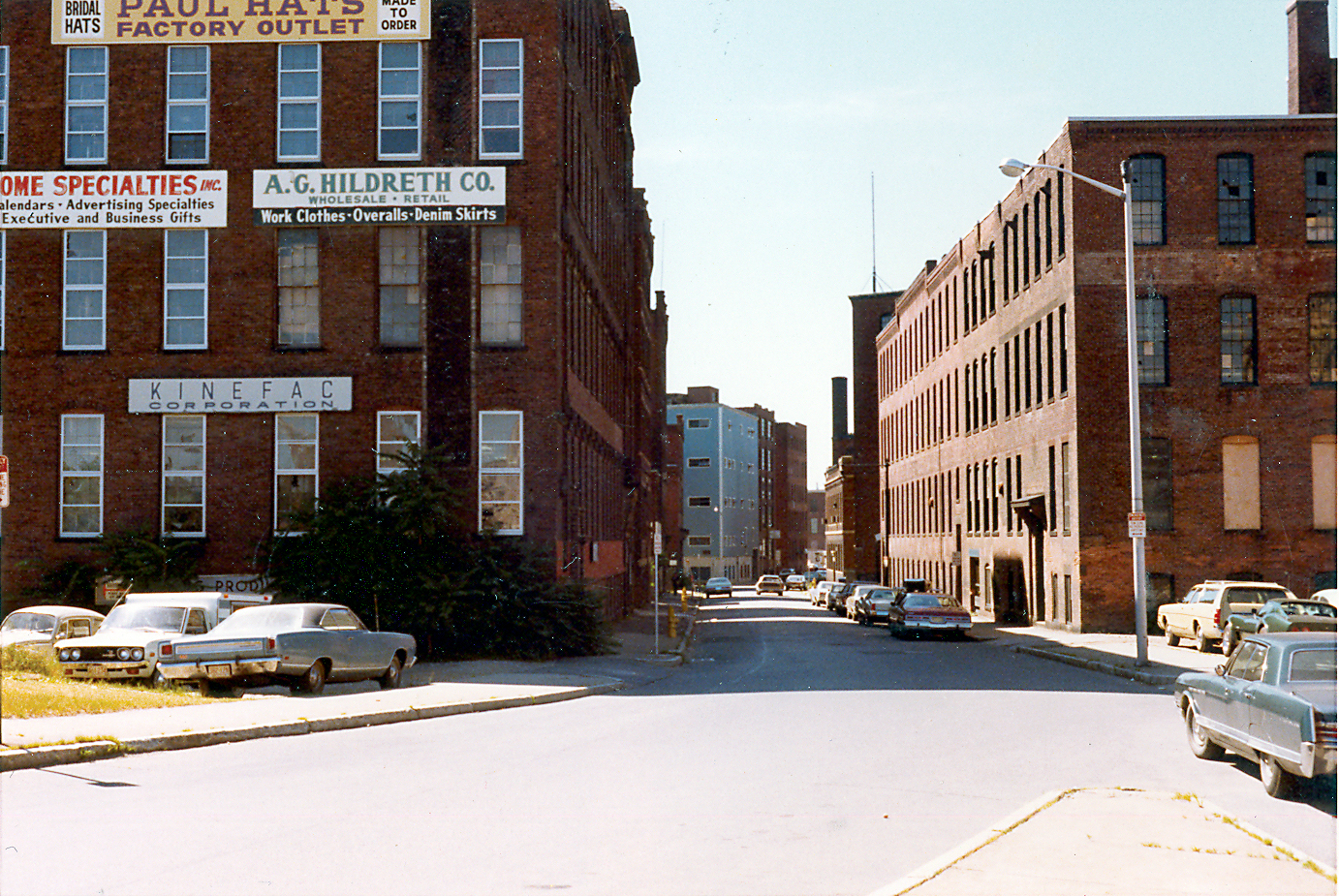 Today, the company is recognized as a world leader in precision metal forming and processing technology. They produce metal forming machinery for the production of high-precision threaded fasteners for the aerospace industry, large and hard-threaded rods for the nuclear energy industry, turning equipment for construction and automotive industries, and coil manufacturing equipment for the medical device industry. In addition, Kinefac also provides hydraulic power units and components, centrifugal cleaning equipment, and automated gate systems—all engineered and built at their home in Worcester. At the turn of the century, the city of Worcester was the mechanical engineering center of Massachusetts. Right now, Kinefac appears to be the last privately held machine tool manufacturer in the city as a result of the extra effort that they have put in to satisfy all their customers. 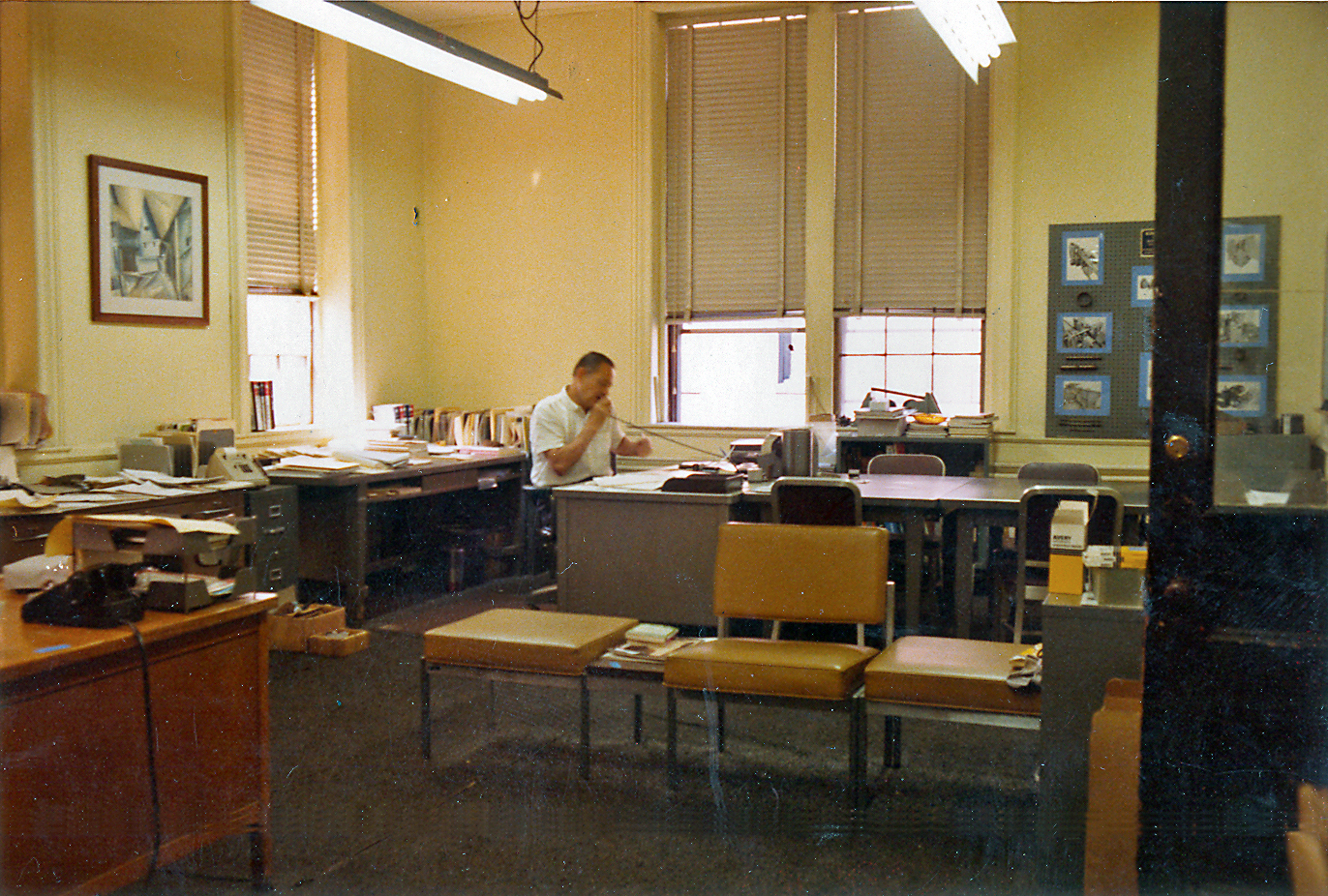 In 2004 Kinefac expanded their innovative rolling machines to China, making the machines here in the US and shipping them overseas for their customers. Charlie admits it was a learning process, and that they “didn’t know the full ramifications of going over there!”
“What we learned in China is that it takes a while to get recognized,” explains Richard Risotti, vice president, global sales. “The key is to develop new technology, listen closely to the people that you talk to, see what their ideas and needs are, and develop a process from there. What we’ve learned during the past eight years in China is that the depth and complexity of what is required continues to evolve after the purchase order, so that in the quoting stage, you have to be very careful and specific about what you plan to do. International customers are far more concentrated on specifics than the American market is. You’ve got to be careful, ‘dotting your i’s and crossing your t’s.’ You have to build trust and develop a relationship.” The Chinese call this relationship, a continual building of trust, “Guanxi.” Primarily targeting the aerospace, power generation, and railway markets, Kinefac® has been very successful there, with almost 80 machines to date. 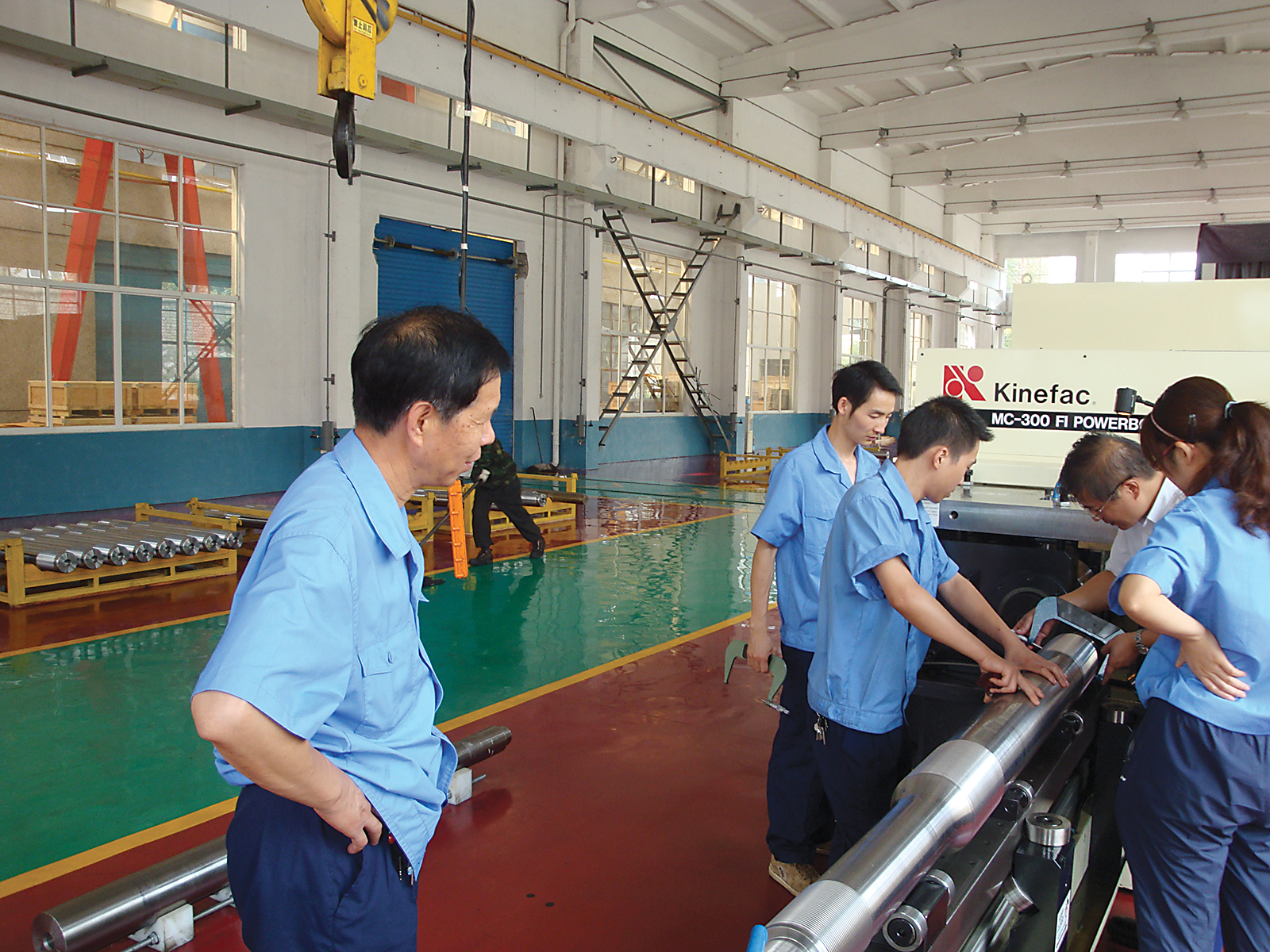 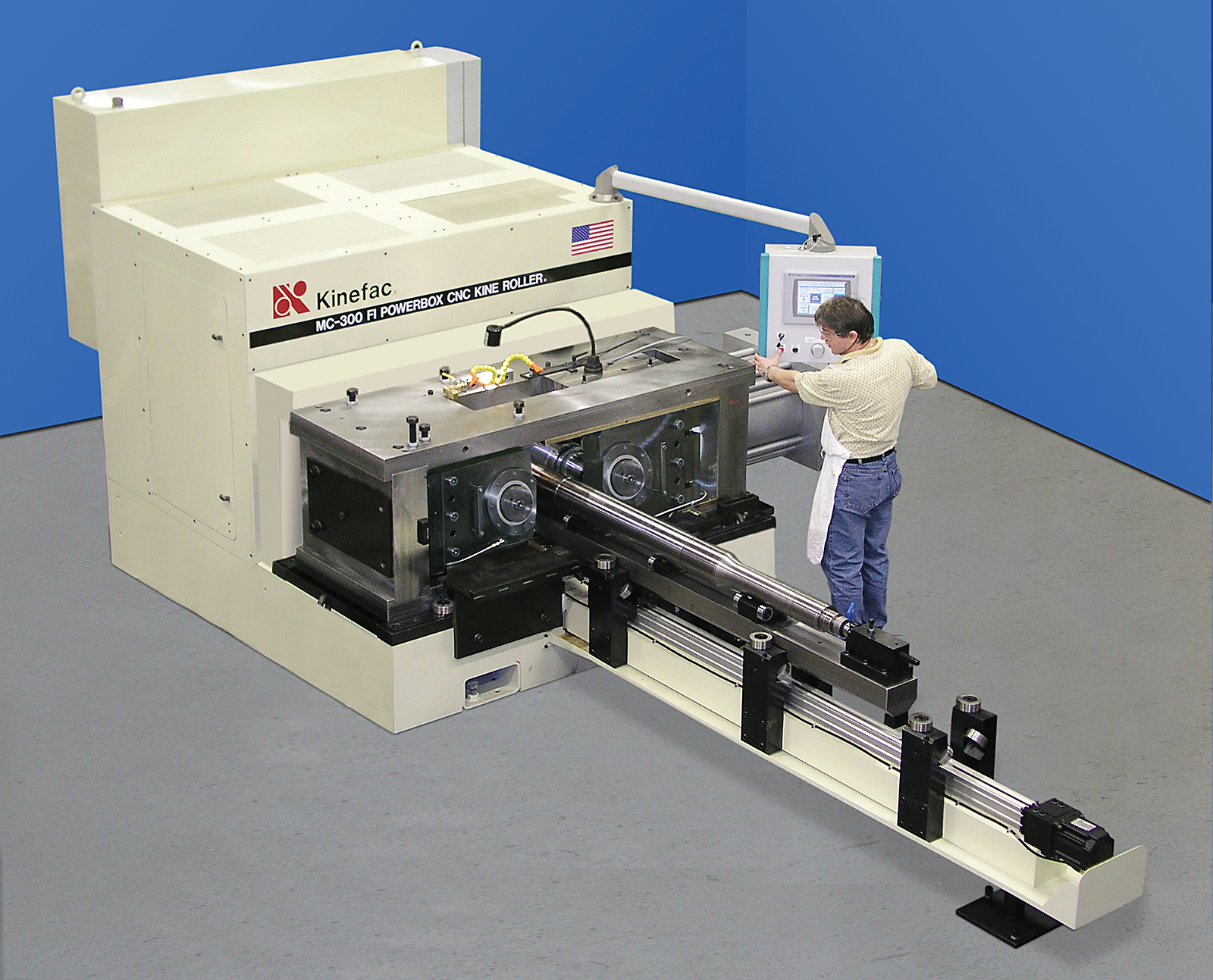 Now they are taking this acquired experience to their next prospect: India. With a sales service center in India, Kinefac is seeing potential growth for the same type of markets as those in China—aerospace, automotive, and power—and they are committed to fully encompass the markets that they serve.

Back in Massachusetts, Kinefac lives out its continuing-education philosophy through the local college, Worcester Polytechnic Institute. Kinefac engineers have presented plant tours and engineering discussions to various manufacturing classes at WPI. Some students complete their MQP’s (undergraduate project requirement) at Kinefac headquarters, a 57,000 square-foot facility. It’s clear this company is just as firmly committed to the engineering community down the street as it is to the global market overseas. Their technology team consists of about 14 people who meet on a weekly basis. They get together and discuss current and future projects. Kinefac’s long-term employee base is an example of how to complement each other in order to get the job done.